Tens of thousands of people were on hand at the start of Munich's Oktoberfest, the world’s largest beer festival. An hour ahead of the official opening, several tents had already closed their doors due to overcrowding. 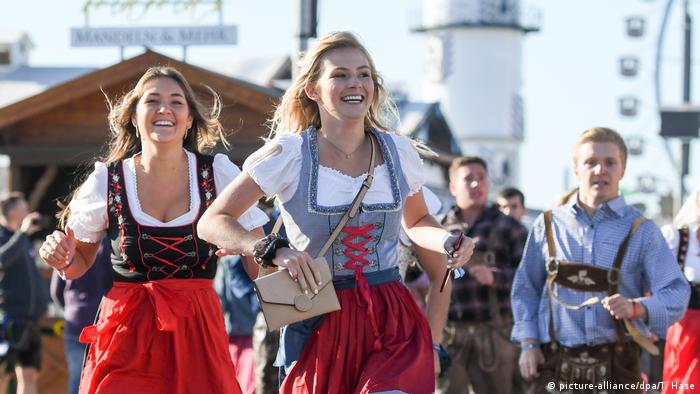 Tens of thousands of people ran through the entrance of the Oktoberfest beer festival grounds on Saturday, racing to get a seat in one of the festival's massive beer tents after organizers opened the gates in the Bavarian city of Munich.

An hour ahead of the official opening, several tents had already closed their doors due to overcrowding. Even those on the tents' guest lists were not being admitted, organizers said.

Munich Mayor Dieter Reiter tapped the first keg on Saturday with two blows of a hammer and the cry of "O'zapft is" — "it's tapped." As tradition demands, he handed the first mug to the state's premier, Markus Söder, and the pair drank to a peaceful festival. 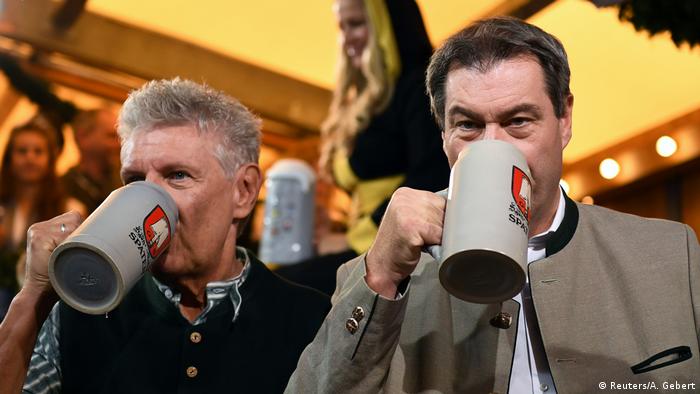 Even though it attracts millions of visitors every year, the beer isn't cheap: One liter can cost up to €11.80 ($13). As in previous years, backpacks and large bags are banned for security reasons.

The first Oktoberfest, in 1810, was actually held in October. Although it's still known as Oktoberfest, it now opens each year in September. The reason for that is Bavaria's bad weather. It's even been known to snow in October, which would be a problem for the festival. The world-famous beer celebration was moved up to September in 1904.

With intoxicated riders causing numerous accidents in Germany since they were introduced this summer, Munich officials have decided not to risk it. Strict restrictions and no-go zones have been set up for Oktoberfest. (10.09.2019)

Carnival is over. The next Oktoberfest is far away. You might think these are hard times. Not in Bavaria: The strong beer season has begun. DW reporter Tankred Gugisch went on a tasty mission. (14.03.2019)

On Friday, the world celebrates International Beer Day! It's the perfect opportunity to shine a light on Germany's legendary beer culture, Beer Purity Law, corner pubs and much more. Prost!