With intoxicated riders causing numerous accidents in Germany since they were introduced this summer, Munich officials have decided not to risk it. Strict restrictions and no-go zones have been set up for Oktoberfest. 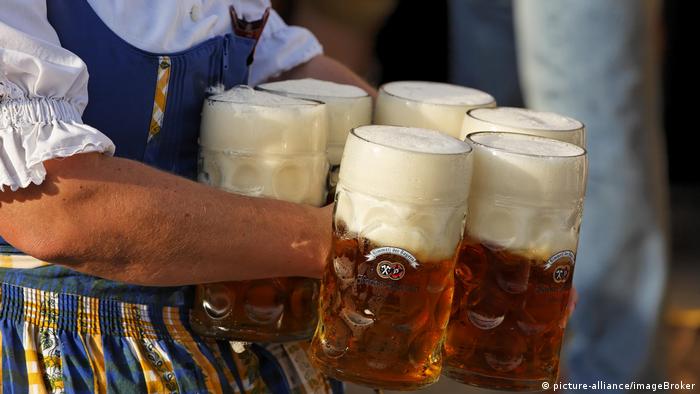 Those looking to zip in and out of the world's most famous beer festival on electric scooters will be hard-pressed to find one during this year's festivities.

On Tuesday, the city of Munich announced a raft of restrictions for e-scooters during this year's Oktoberfest.

A large no-ride and no-park zone has been set up at the Theresienwiese festival grounds where Oktoberfest takes place. Several surrounding areas will have rental and parking restrictions for the vehicles.

The five companies that operate e-scooter rentals in Munich have agreed to quickly collect any scooters that find their way into the banned areas.

Munich officials explained that the rules are intended to prevent accidents, particularly as people leave festival grounds after knocking back one-too-many 1-liter beers.

"Many see e-scooters as toys and unfortunately too often they're ridden while drunk," city administrator Thomas Böhle said in a statement.

Besides drunk riders, sloppily parked e-scooters could pose a risk to other pedestrians and Oktoberfest visitors.

"In order to avoid this and to not tempt anyone, we city administrators, police and also rental companies want to keep e-scooters far away from the Wiesn," Böhle added, using a nickname for the Oktoberfest festival grounds.

The popular but controversial electric scooters have been giving police headaches since they rolled out for the first time on German streets this summer.

This year's Oktoberfest runs from September 21 through October 6.