Oktoberfest is known around the world for its beer, pretzels and lederhosen. But female visitors frequently find themselves the targets of harassment and groping. Some even say it has become predictable. 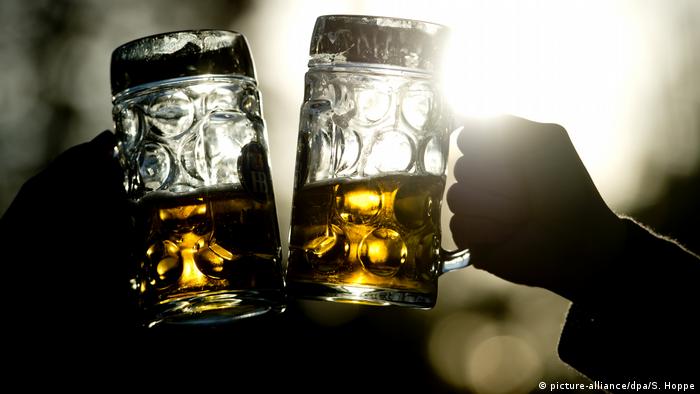 Groups of lederhosen-clad men and women wearing dirndls excitedly walk through the stalls and food stands at Munich's infamous Oktoberfest, lining up outside its even more infamous beer tents in hopes of getting a warm spot inside on a chilly night in early October.

When asked whether they felt safe, particularly after a man died following a fight at a beer tent this year, women visiting Oktoberfest were quick to praise the high number of police officers and other security officials patrolling the festival grounds.

When asked if they felt safe as women at Oktoberfest — they paused.

So far this year, Munich police have logged 21 cases of sexual offense — including sexual harassment, sexual assault and rape — at Oktoberfest.

On the first day of Oktoberfest on September 22, police arrested a 25-year-old man from Munich after he allegedly raped a 21-year-old woman from Finland in the bushes on festival grounds.

A few days later, an unidentified man allegedly grabbed a 43-year-old woman underneath her skirt. When she confronted him, the man smashed his 1-liter (1-quart) beer glass in the woman's face.

Police noted in their "halftime report," released midway through the festival, that the figures were down compared with the same point last year, but the past few years have seen a rise in sexual assault and harassment reported at Oktoberfest.

In 2017, there were a total number of 67 sexual assault and harassment cases at the festival, up sharply from the 34 cases logged in 2016.

Authorities attribute the rise to changes in the law regarding sexual offenses in Germany, which was expanded to include groping and other forms of harassment. The changes came into effect shortly after Oktoberfest ended in 2016.

"The adaptation of the law raised awareness in the population and also the employees of the tents," police wrote in their 2017 Oktoberfest report, adding that the changes increased victims' "willingness to file charges."

'Expect that it will happen'

Many women who spoke to DW at Oktoberfest said they hadn't personally experienced harassment, or said they considered it part of the party atmosphere in the beer tents.

Up to half of all sexual assaults involve alcohol consumption, according to research by the US National Institute on Alcohol Abuse and Alcoholism.

The responsibility for controlling drinking behavior often falls to women rather than men: They're told that it's their job to prevent harassment and assault.

"You blame it on the alcohol and try to ignore it," a 27-year-old woman named Carmen told DW. "If a man tries to hit on you or grabs you, then you try to get out of his way and leave."

"But you have to kind of expect that it will happen," she said, "especially the later it gets." 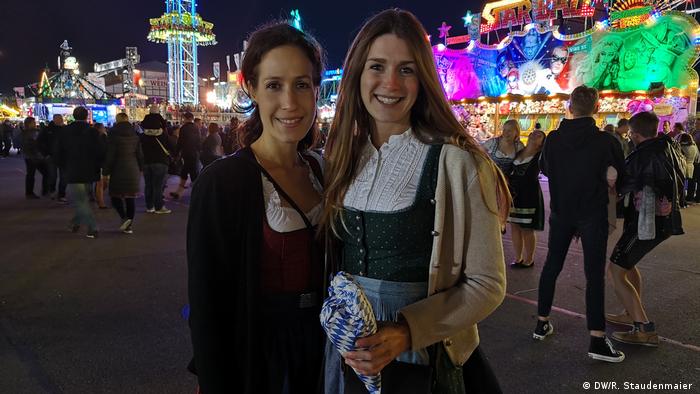 A security point has been set up especially for girls and women — although locating the site can be tricky.

Most of the women DW talked with, even those who have been coming to the festival for several years, didn't know where to find it.

Sichere Wiesn für Mädchen und Frauen, known in English as Safe Oktoberfest, has been helping women since 2003. The security point is a warm sanctuary for women and girls who've been separated from their group and need help getting home.

By Wednesday night, 113 women had sought help at the site so far this year, according to a statement from Safe Oktoberfest. Most of the women were looking for help after losing their friends, but the center also noted a rise in violence against women this year.

Five women sought help at the security point after experiencing sexualized violence, and three were victims of intimate partner violence at the festival.

The initiative noted that "the actual number of sexual offenses is believed to be much higher, as only a small portion of sexualized violence is reported."

Isabella, a 27-year-old visiting Oktoberfest, agreed that most women don't alert police or beer tent security when they're harassed or groped: Many just hope to get away and move on with their nights.

"In the crowd, people ignore it and don't discuss it further," she said. "Some handle it among themselves, but most of it doesn't get reported after that."