A 58-year-old German has died after being hit during a dispute at the annual Oktoberfest in the city of Munich. A man believed to be a suspect has reported to a police station. 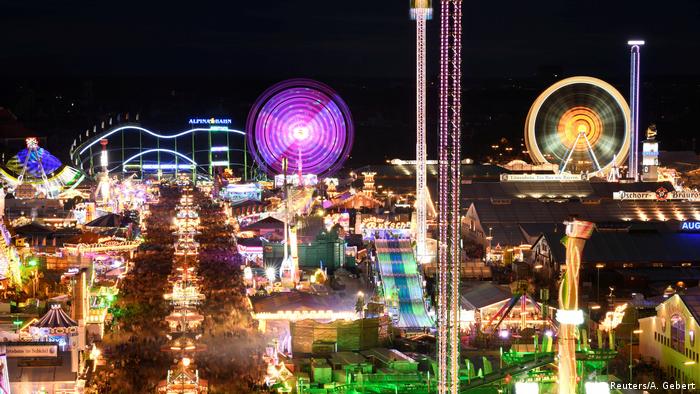 A reported dispute at Oktoberfest has cost a 58-year-old German man his life, according to a tweet by Munich police.

Two men are said to have got into a fight in one of the festival's many beer tents on Friday evening. The fight was not believed to have involved a weapon.

Authorities said Saturday that one man fled the area after fatally injuring the other man, who died despite efforts to revive him. The victim was said to be from the Munich area.

Police launched an investigation into the incident, described as being on suspicion of bodily harm
resulting in death. A female witness was questioned.

On Saturday, a 42-year-old man accompanied by his lawyer reported to a police station.

Read more:5 things you should know before going to Oktoberfest

The 185th Oktoberfest began in the Bavarian capital, Munich, on September 22, and will end on October 7.

Drunken brawls and accidents are common during the festival, which is famous among other things for the quantities of beer consumed there.

This year, some 600 police officers and several hundred security personnel have been deployed in Munich amid concerns of possible terrorist attacks. The Theresienwiese, where the Oktoberfest takes place, is now surrounded by fences and visitors are no longer allowed to carry rucksacks into the area.