Not only South Africa and Burundi: Why countries avoid international pacts | World| Breaking news and perspectives from around the globe | DW | 22.10.2016

South Africa's decision to withdraw from the International Criminal Court has rased fears that other countries will follow. But why do many nations wish not to take part in international alliances to begin with? 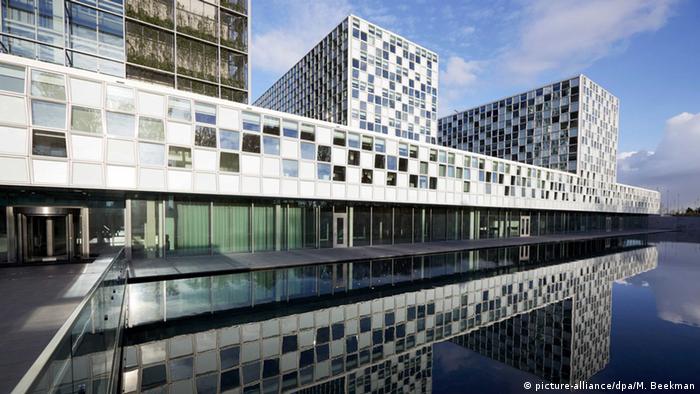 The headquarters of the ICC in The Hague

South Africa's decision comes merely days after Burundian President Pierre Nkurunziza signed a decree into law taking his country out of the International Criminal Court (ICC). Now, rights groups and countries who voluntarily signed up to the court's jurisdiction are afraid that the body is losing its influence and authority.

"It could spark a domino effect on other African states," Anton du Plessis, of the Institute for Security Studies think-tank in Pretoria, told French news agency AFP.

But many South Africans and other critics believe that the ICC is biased against African countries, mainly noting that nine out of 10 current investigations of the juridical body are in Africa. Many others have lost faith in international pacts and accords in general, blaming bodies such as the United Nations or NATO for being incompetent at best and corrupt at worst.

One such country is Israel, which is not a member of NATO and has not expressed willingness to cooperate with the ICC. Many Israelis see international alliances as inherently biased and unreliable, with one prominent example being the UN. 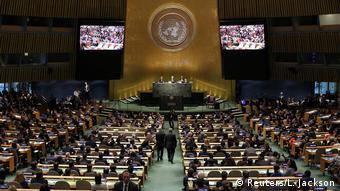 With 62 UN resolutions against their country in the past decade - compared to 59 against the rest of the world combined - Israelis worry of a complete distortion of the intergovernmental body's original purpose.

"Even if you find certain justice in some of the UN's condemnations of Israel, one must agree that the amount of them is quite disproportional," Anshel Pfeffer, a journalist and analyst with "Haaretz" told DW when the UN celebrated its 70th anniversary. "This practice has become an absurdity in the eyes of most Israeli citizens, especially nowadays with the raging war in Syria."

"The problems with bodies like the ICC is that even if their original intention is positive, they sometimes seem so one-sided that you find it hard to trust them," says Barak Cohen, an Israeli student of Politics and Governance. "I understand some African countries who resent the ICC the same way I can see the logic behind Israelis who oppose the UN. When Saudi Arabia heads the UN's Human Rights Council, how dignified can the UN be?" he says.

"And when nine of 10 inquiries of the ICC are against African leaders and deeds - how do you expect Africans to take it seriously? Are they the only ones to commit war crimes in the world? We all know this is not the case." 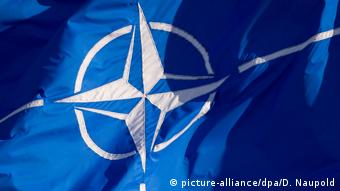 Many people express a lack of trust in international alliances

Earlier this month Israeli Prime Minister Benjamin Netanyahu approved an ICC "Gaza preliminary examination" visit to Israel, however Israeli officials said that the move did not mean Israel was now cooperating with the court.

The purpose of the visit, according to officials, was to make Israel's position clear to the court that the ICC does not have any authority to hear Palestinian complaints over the 2014 Israel-Gaza war.

One of the major points of criticism towards the ICC is that major countries such as the US and China voted against the Rome Statute back in 1998, after which the ICC was formally established in 2002. With such important world powers not binding themselves to the treaty and the court, many wonder why other countries should.

Moreover, while attempts to refer nations such as Syria to the court have been blocked by the UN Security Council, all four people to ever be convicted by the ICC are Africans, as well as all 32 who have been indicted. Inevitably, these figures support the claims for inherent bias against Africa.

Still, many users were outspoken on social media, criticizing the move and demanding justice for Africans who were hurt, injured or killed by war crimes.

"I think that South Africa withdrawing from the International Criminal Court's protection is a huge mistake," said Grant Sanderson, a South Africa native who works as copy editor for DW.

"The South African government talks about its obligations to allow visiting heads of state diplomatic immunity," he explains, "but they should not insist on this principle when these heads of state have good reason to be arrested and tried for crimes against humanity," he said. For Sanderson, this in itself goes against South Africa's constitution and its reputation of a peace-keeping nation on the continent.

"They talk about not wanting to go back to the past but it was international diplomatic efforts and pressure that was instrumental in bringing apartheid to an end," he added. "That same kind of international initiative also resulted in the establishment of the ICC later on." 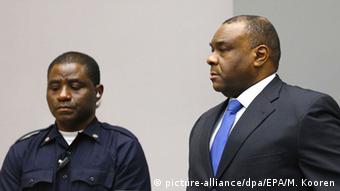 Many believe the ICC is biased against African countries

Amnesty International has also criticized the decision, calling it "deeply disappointing." In making this move, Amnesty said, "the country is betraying millions of victims of the gravest human rights violations" and undermining the international justice system.

After South Africa itself suffered through decades of apartheid, its support for the ICC "was an important step towards creating rights respecting societies around the world," Amnesty added. But Cohen sees it differently, claiming that "bodies like this have the potential to be of extreme importance, but everyone should also keep in mind the hypocrisy surrounding them."

Sanderson, however, begs to differ. "There's talk of the ICC targeting Africa and its leaders as a whole, while ignoring the west. But western leaders like former US President George Bush have gone to war citing reasons of protecting their own countries, which have largely been accepted by the international community - whereas most African leaders in contemporary times have given no legal reasons for killing their own people while pursuing little but personal gain and power."

Does Africa have an alternative to the ICC?

African countries are tired of the International Criminal Court (ICC). A number of them have made that clear. But is there any hope for strengthening the African Union’s own African Court? (03.03.2016)