Nobel Prize for Chemistry awarded for the development of lithium-ion batteries | Science | In-depth reporting on science and technology | DW | 09.10.2019 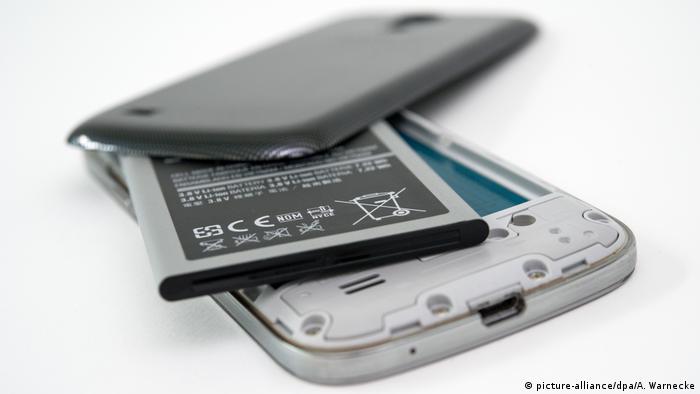 The trio of US-based John Goodenough, Stanley Whittingham from Britain and Akira Yoshino of Japan were jointly awarded the 2019 Nobel Prize for Chemistry for their contribution "to the development of lithium-ion batteries," the Royal Swedish Academy of Sciences in Stockholm announced on Wednesday.

Goran Hansson, secretary-general of the Academy, said the prize was about "a rechargeable world."

"Lithium-ion batteries have revolutionized our lives and are used in everything from mobile phones to laptops and electric vehicles," the Academy wrote on Twitter.

The committee added that their research "has revolutionized our lives," and the laureates "laid the foundation of a wireless, fossil fuel-free society."

Read more: How can a battery catch fire?

In a phone call following the announcement, Akira Yoshino said the lithium-ion battery is important because of its contribution to a "sustainable society," adding, "climate change is a very serious issue for humankind."

Wittingham developed the first fully functional lithium battery in the 1970s, while Goodenough doubled the battery's potential the following decade. Yoshino was then able to eliminate pure lithium from the battery, making it safer to use.

John Goodenough, born in 1922 in Jena, Germany, became the oldest laureate ever awarded, Hansson said. At 97, Goodenough, now a US citizen, is a few months older than last year's Physics Prize laureate, Arthur Ashkin, Hansson added. The Academy was unable to reach Goodenough before the winner's names were made public.

A week of celebrations

The Nobel Prize for Physiology or Medicine was awarded by the Karolinska Institute on Monday to US-born scientists William Kaelin and Gregg Semenza, along with British scientist Peter Ratcliffe, for their discoveries of how cells sense and adapt to the availability of oxygen.

Three scientists are to share the 2019 Nobel Prize for Physics for their research into the history of the universe and its structure, the Royal Swedish Academy of Sciences in Stockholm announced on Tuesday.

One-half of the prize went to James Peebles, a dual Canadian-US citizen, for theoretical discoveries in physical cosmology. The other half of the award was jointly given to Swiss scientists Michel Mayor and Didier Queloz for the discovery of an exoplanet orbiting a solar-type star, Goran Hansson, secretary-general of the Academy, said.

The 2018 and 2019 prizes for literature will be announced on Thursday. For the first time in 70 years, last year's award was postponed as the institution found itself without a quorum to decide the winner.

On Friday, the scene moves to Oslo, Norway, where the 2019 Nobel Peace Prize will be announced.

Climate activist Greta Thunberg has been tipped as a possible winner of this year's peace prize.

The 2019 Sveriges Riksbank Prize in Economic Sciences in Memory of Alfred Nobel will be announced on October 14.

The prizes in each category carry a purse of 9 million kroner ($918,00, €813,151), a gold medal and a diploma for each full Nobel award. The medals will be presented at a ceremony on December 10, the anniversary of Alfred Nobel's death in 1896.