"Scenes from the Heart" is a memoir about Greta Thunberg and her family before she gained fame. Now available in German, the young climate activist's story will come out later this year in English. 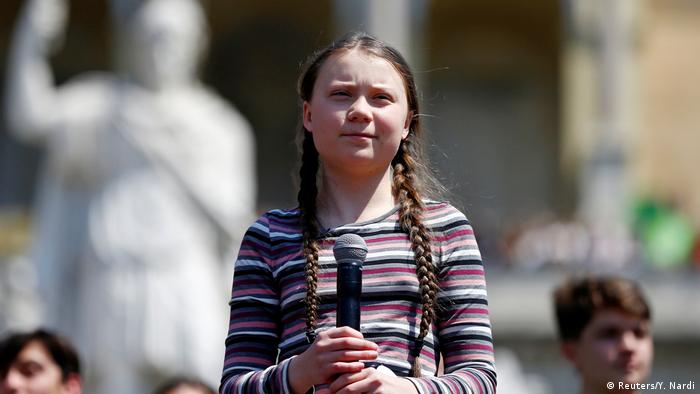 The Swedish original Scener ur hjärtat was released in August 2018 with Greta Thunberg's mother on the cover, an opera singer who represented Sweden at the 2009 Eurovision Song Contest. Back then, Malena Ernman was the family celebrity.

Greta's name and picture may grace the book cover of the newly released German edition — which also lists her parents' and sister's names — but for the most part, Scenes from the Heart was written by her mother.

The book, to be released later this year in English, tells the world how Greta became who she is today, which might interest many people in view of her fame. Just bear in mind that it was put to paper before the family appeared in the public eye. 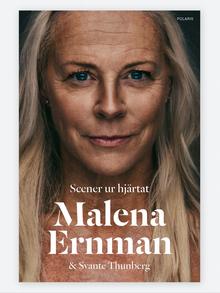 Book cover of the Swedish original that shows Greta's mother

Abyss on the edge of happiness

Since Greta started her school strikes "a lot has changed both for Greta and for our family," Malena Ernman wrote in the foreword to the German edition adding that on some days, "it almost seems like a dream." Those changes will be detailed in her next book, she writes.

Scenes from the heart is about Malena Ernman's life with her husband Svante Thunberg and her two daughters, Greta and Beata. It is about the family's early years when her husband and children toured with her across Europe, about the joy of being parents and the crisis that struck when Greta suddenly stopped eating in the fifth grade.

Malena Ernman describes scenes and fears that many parents might secretly harbor in their hearts. She allows the reader a glimpse of the life of a family that is suddenly plunged into turmoil. Greta was finally diagnosed with Asperger's syndrome, her younger sister Beata turned out to have an attention deficit hyperactivity disorder (ADHD). At some point the situation in the family stabilized, but there was one issue they could not escape, and that was climate change.

Greta had heard about it at school one day, and was deeply shocked. Consumed by the issue and out to make a difference, she managed to raise awareness within her family, and later, with people worldwide. Greta became famous.

She attributes her persistence to Asperger's syndrome. Without Asperger, none of this would have been possible, she told Germany's ZDF TV broadcaster in February. "I would simply have continued to live and think like everyone else," she said, adding that she sees the world from a different perspective — black and white. That doesn't necessarily make it more radical, she says, but it definitely makes it more realistic.

That led her mother to conclude, in the book, that Asperger and ADHD as such are "not a handicap" as much as a "superpower." Readers may not agree with the choice of words or the conclusions Malena Ernman draws at some points in the book.

But there is no doubt that Greta's clear voice is a strength.

The Swedish climate campaigner Greta Thunberg was welcomed by thousands of students in Berlin as she spoke at the Fridays for Future strike. The German government ignored her, and has not backed EU climate measures. (29.03.2019)

Thousands turned out for the latest round of "Fridays for Future" protests with Greta Thunberg in Rome. The young activist admitted she may be "naive" for hoping that "we fix the climate and the ecological crisis." (19.04.2019)

The teenage climate activist and the leader of the world's Catholics agree that the world needs to fight climate change. Pope Francis gave his blessing for Thunberg's fight for the climate. (17.04.2019)