How can a battery catch fire?

Lithium ion battery packs are small and light and of the highest quality available, so they're popular with the electronics industry. But the Samsung Note 7 disaster raises questions: how risky are they?

Most mobile phones, laptops and cameras, but also electric bikes and automobiles, use rechargeable lithium ion battery packs these days.

They are extremely light, can hold a lot of energy, and contain no toxic heavy metals like lead or cadmium. They exhibit next to no memory effect, which was an annoying characteristic of the older nickel-cadmium and nickel-metal hydride rechargeable batteries, where only part of the stored energy was available if the battery wasn't completely charged or discharged. 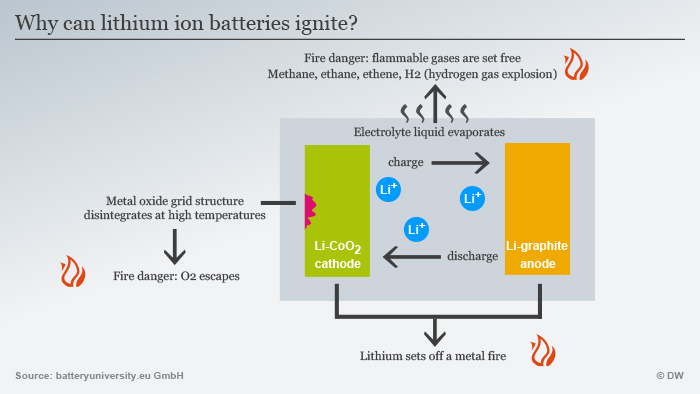 Hundreds of millions of lithium ion battery packs are in use worldwide, and problems with overheating, damage to the pack or explosions are extremely rare indeed. Even in the case of the Samsung Galaxy Note 7 smart phone, the acutal number of ignitions are very low - roughly one in 10,000 phones had a problem. Samsung hasn't realeased exact numbers, but it is known that about 2.5 million of the problematic phones were sold. Estimates about the number of overheating incidents, however, are only in the dozens.

Reaching the limit of the laws of physics

When something like that does happen, it's probably because the batteries were built to be high-performance while shrinking in size. Developers are at the limits of what is physically possible.

Samsung isn't the first company in history to grapple with battery hazards. 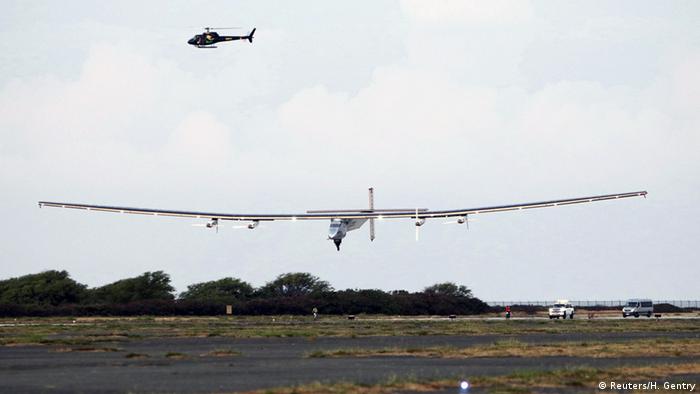 In 2013, two Boeing 787 Dreamliner airliners suffered lithium ion battery overheating, one resulting in an electrical fire. The incidents grounded all Dreamliners until the batteries' design had been improved.

In 2015, Solar Impulse 2 - a plane powered entirely by the sun - was hangared in Hawaii for nine months because many of  its 17,000 batteries overheated on the five-day trans-Pacific flight from Japan.

Samsung to 'adjust production' of Note 7 after battery fires

Samsung's crisis with its Galaxy Note 7 smartphone has hit a new low as the South Korean tech giant confirmed that it had made changes to its production of the problem phones to ensure safety. (10.10.2016)

The Galaxy Note 7 was supposed to be Korean mobile phone giant Samsung's hot new product. That turned out to be too true - and now the fiasco could end up burning holes in Samsung's pockets, writes DW's Henrik Böhme. (11.10.2016)

The performance of today's lithium-ion batteries can't be improved much further. Grand hopes for the future of e-vehicles now depend on driving down battery prices and on prototype silicon-air super-batteries. (05.08.2016)

Opinion: Solar Impulse 2 - time to sober up after the celebration

The solar plane is no comparison to the early inventions of aviation pioneers. Solar Impulse 2 does not show the strength of solar power, but the weakness of battery technology, says DW's Fabian Schmidt. (26.07.2016)

Solar Impulse 2 will be grounded for several months

The record-breaking Solar Impulse 2 plane has been grounded in Hawaii for repairs that will last several months. This comes as the second repair stop during its attempt to fly around the globe. (15.07.2015)

Samsung's engineers were also testing the limits when they built the Galaxy Note 7. They fit a 3500 mAh battery into their new phone, which was designed to give it more battery life than any other smart phone sold by its competitors. As a comparison: The regular Iphone 7 offers 1960 mAh and the larger IPhone 7 Plus 2900 mAh.

In addition, the engineers went for a slim design, while at the same time creating a battery that would charge super-fast. That's a problem because of how the battery is built.

The lithium-metal oxide cathode and the lithium-graphite anode are hung in a conductive electrolyte solution. A non-conductive plastic foil designed to prevent a short circuit separates the two. If all the components are crammed together in a confined space, however, the risk of a short circuit rises - for example if the phone drops and the foil gets damaged.

The battery's fast-charge properties compound the problem: if Li-ion batteries are charged or discharged too quickly, they can heat up by up to 30 degrees Celsius. Exposure to sunshine can be a problem, too.

"Overheating can lead to a chemical reaction between the cathode- or anode- material and the electrolyte," Maximilian Fichtner explained in a Deutsche Welle interview. Fichtner is the director of the Helmholtz Institute for Electrochmical Energy Storage in Ulm, Germany.

"The electrolyte liquid can dissolve, generating additional heat that aggravates the process," the chemist explains.

This can lead to combustible gases like methane, ethane and ethene to escape from the battery. Binders in the electrolyte can aditionally generate hydrogen, which becomes highly flammable in combination with the oxygen in the air.

"The gasses then inflate the battery casing," Fichtner describes the scenario shortly before ignition. "When the plastic case cracks and air gets into the battery, the situation gets worse - because lithium can ignite in contact with humid air." 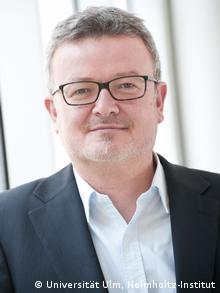 Prof. Fichtner is researching battery designs for the future

That means the cathode can catch fire: the metal oxide's grid structures can dissolve when overheated, releasing oxygen. The burning lithium is a metal fire. At temperatures of 2,000 degrees Celsius, trying to douse the device with water is not a good idea, as that could lead to a hydrogen gas explosion.

Other fire extinguishers  are just as ineffective because the smoldering cathode produces oxygen itself. The only solution: cover your phone with sand and let it burn out.

Nanoparticles as a possible solution

To prevent the ignition of the lithium ion batteries - or at least to limit the damage - chemists are currently working on self healing particles that can be introduced into the batteries.

"If overheating occurres then capsuled substances could be released from tiny nano-particles. The shells of little balls could melt and release something that could - for example - seal a [damaged separator foil]," says Fichtner.

But such solutions, he adds, would also reduce the capacity of the battery - because they need space. Another idea involves a kind of internal fuse, which would interrupt the electric current in case of overheating and prevent a short circuit.

"Such solutions may not fully prevent a problem from occurring," Fichtner says, "but at least they might prevent a disaster from happening."