Oxygen's role in sustaining life may be a central tenet of modern biology, but at its root is immense molecular complexity. In uncovering such mechanisms, the 2019 Nobel winners show how we adapt to oxygen deficiency. Oxygen effectively sustains all life we know of. That we've understood since the onset of modern biology.

But the way in which cells can sense and respond to fluctuating oxygen levels — essential to the survival of virtually all animals — is underpinned by complex molecular behavior that has taken a lot longer to understand.

In uncovering these processes, the three Nobel Prize winners in the category of physiology and medicine have unpacked "a very fundamental mechanism of life," says Hellmut Augustin, who's a professor at the department of vascular oncology and metastasis at the German Cancer Research Center and a director of the European Center for Angioscience.

William G. Kaelin, Peter J. Ratcliffe and Gregg L. Semenza were awarded the 2019 Nobel Prize in physiology and medicine on Monday, in what was an "absolutely appropriate" award, Augustin told DW.

"It explains how a change in the environment directly affects gene regulation in the body," says Augustin. This underpins how animals are able to live at high altitudes and countless biomedical scenarios from exercise to pregnancy, altitude sickness and wound healing.

How we cope with changes in oxygen levels

Every animal needs oxygen to convert food into energy. When animals experience changes in the oxygen levels around them — at different altitudes — their cells undergo fundamental shifts in gene expression, which affect oxygen-dependent responses, like cell metabolism, tissue remodeling and heart rate.

This is important not only in climbing mountains, said Randall Johnson, professor of molecular physiology and pathology at Cambridge University, but in things like wound healing, too. "In the case of a wound, for example, only part of the body receives little oxygen from a poor blood supply," he said.

What the work of the winning scientists shows is which components regulate how genes respond to varying levels of oxygen. 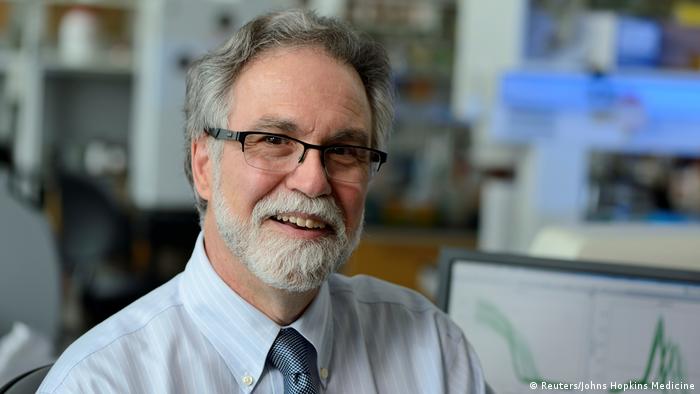 The key to cell oxygen regulation is a protein complex called Hypoxia Inducible Factor — HIF for short — which is continuously produced in every cell in the body.

When the body is deprived of oxygen, the hormone erythropoietin (EPO) increases, and that boosts the production of red blood cells, which transport oxygen around the body. Until now, it was unclear how exactly a drop in oxygen triggered this response.

Combining their respective research, the scientists found that when oxygen levels decrease, the levels of HIF increase — and when this happens, the protein complex binds to segments of DNA near the gene for EPO, adjusting the expression of the gene and the levels of EPO.

"Why is this so clever?" asks Joachim Fandrey, director of the institute of physiology at the University of Duisburg in Germany. "Because if the cell has a problem, it doesn't have to produce something completely new, it can just stop degrading [HIF]," pointing out that this is a lot faster than if cells were required to produce a new element from scratch.

When exercising, for example, "over days and weeks, muscle forms new blood vessels so that it's better supplied with blood, and can therefore get more oxygen," says Fandrey. 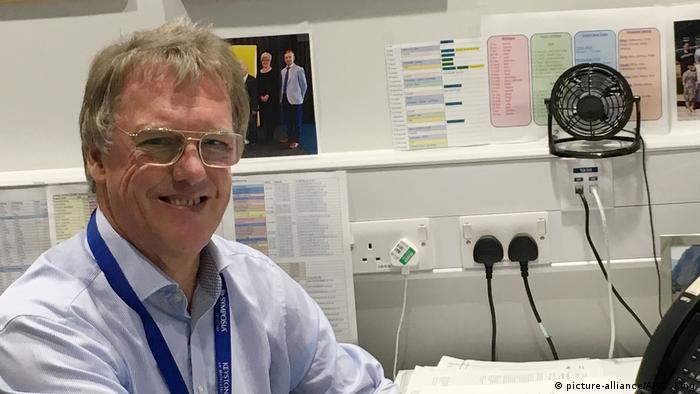 The discovery is important not only in informing better cancer treatment but a whole range of diseases that are characterized by hypoxia — when oxygen levels are low in tissues — such as heart failure and chronic lung disease.

But although drugs that neutralize the formation of new blood vessels have been in clinical use since 2005, Augustin stresses they "are not magic weapons."

"They do not fight the tumor, but have a cancer-suppressing effect — so they prolong the life of the patient," he told DW. 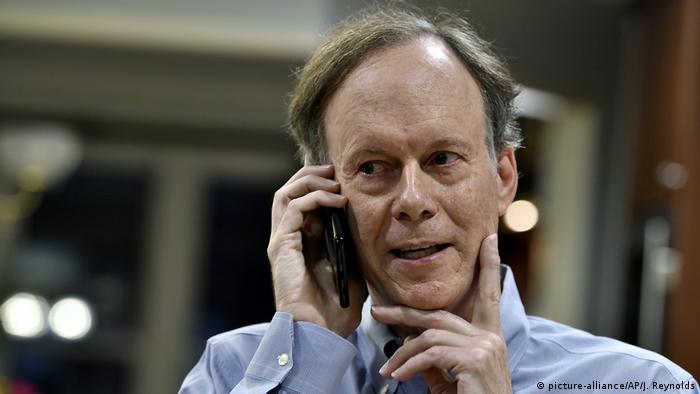 Although the two US-based laureates were asleep at the time they were contacted, their award was perhaps not a complete surprise.

In 2016, the three scientists — who have been working in this area independently since the 1990s — were awarded the Albert Lasker Basic Medical Research Award for their work, which several other Nobel winners have previously won.

Nevertheless, as Augustin pointed out, "They were not sitting by the phone waiting for a call from the Nobel Prize committee." Indeed, US-based researcher Kaelin told AP, "I was aware as a scientist that if you get a phone call at 5 a.m. with too many digits, it's sometimes very good news, and my heart started racing. It was all a bit surreal."

"All three researchers are outstanding personalities who have moved an entire field," says Fandrey.

As the Nobel Committee outlined, such key discoveries are in no way a conclusion to this area of research, but have rather "opened the field and led to an explosion of work."