US professor first woman to win 'Nobel for math'

Professor Karen Keskulla Uhlenbeck is noted for her work on the geometric analysis of surfaces. The Norwegian Academy also noted her dedication as an advocate for gender equality science and mathematics. 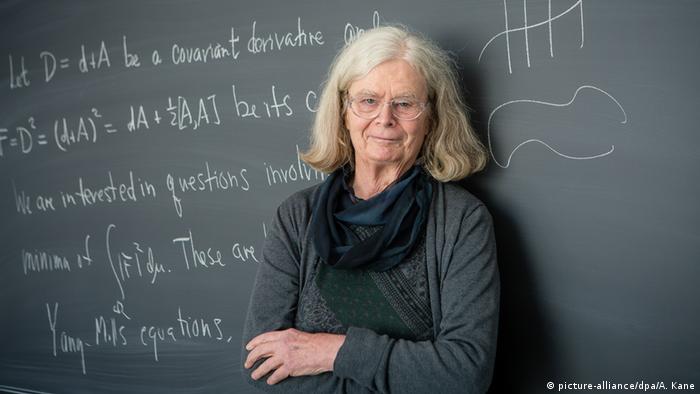 Professor Karen Keskulla Uhlenbeck became the first woman to win the Abel Prize, dubbed the "Nobel for mathematics," on Tuesday for her work on geometric analysis and gauge theory.

"Her theories have revolutionized our understanding of minimal surfaces, such as those formed by soap bubbles," said Hans Munthe-Kaas, head of the Abel selection committee.

The Norwegian Academy of Science and Letters also praised Keskulla Uhlenbeck for being "a strong advocate for gender equality in science and mathematics."

The mathematician is currently a visiting scholar at Princeton University in New Jersey. She has previously taught at University of Chicago and the University of Texas at Austin.

The Abel Prize was first awarded in 2003, to mark the 200th birthday of Norwegian mathematician Niels Henrik Abel.

The Swedish Academy refrained from handing out the top global literature prize last year after being roiled by a sex scandal. It will award two prizes this year, the Nobel Foundation has announced. (05.03.2019)

Big data is being used in political campaigning like never before. But for better or for worse? Mathematician Cathy O'Neil spoke to DW about how algorithms can be used as weapons that undermine democracy. (21.08.2017)