The 30-year-old is best known for his discovery of "perfectoid spaces," in the field of arithmetic geometry. Scholze is only the second German to win the prestigious medal, which has been awarded since 1936. 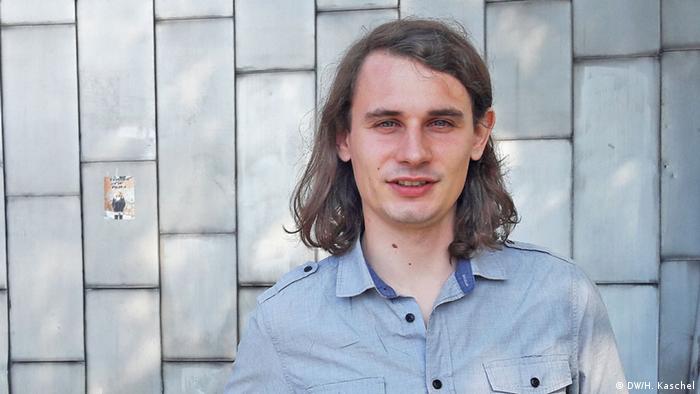 Peter Scholze, a mathematician and professor at the University of Bonn in western Germany, was one of four recipients of the Fields Medal on Wednesday at the International Congress of Mathematics in Rio de Janeiro. The award is the most prestigious in the field of mathematics and is often compared to the Nobel Prize.

Awarded once every four years since 1936, the Fields Medal is given by the University of Toronto to up to four outstanding mathematicians. It has an endowment of 15,000 Canadian dollars ($11,550).

Of his achievement, Peter Scholze told DPA news agency that it was "an exceptional honor" to receive the medal.

The young mathematician is only the second German to win the coveted prize. Gerd Faltings, currently a director of the Max Planck Institute for Mathematics in Bonn, won the award in 1986.

Read more: Don't call me a prodigy: the rising stars of European mathematics

Scholze's work has fundamentally expanded the range of methods in arithmetic geometry, a field of mathematics lying at the intersection of number theory and algebraic geometry.

He is known for his "perfectoid spaces," which are new structures that make it possible to interpret the integer as a geometric entity better than before. This allows new, unexpected conclusions to be drawn relevant to long standing open questions in number theory, which is a more classical field of mathematics.

The German government celebrated Scholze's achievement. Education Minister Anja Karliczek praised the young talent, saying that people like him can help attract "research talent from all over the world" to Germany.

Among the four winners was Caucher Birkar, a Kurdish refugee turned Cambridge University math professor and specialist in algebraic geometry. Birkar was born in the ethnic Kurdish Iranian province of Marivan, near the border with Iraq. "Kurdistan was an unlikely place for a kid to develop an interest in mathematics," he said.

Birkar was at Tehran University when he applied for political asylum and citizenship in Britain. In an unfortunate turn of events, an hour after receiving the award, his briefcase went missing, and the 14 karat gold medal was stolen.

Read more: 300 years after the death of Leibniz - what can we still learn from him today?

The other winners were 36-year-old Akshay Venkatesh of the Institute for Advanced Study in Princeton and Stanford University in California, and 34-year-old Alessio Figalli of the Swiss Federal Institute of Technology in Zurich.

Of Figalli, the International Congress of Mathematicians (ICM), which oversees the prize, said that "until high school, his only concern was playing football." Since then, Figalli has become a leader in calculating variations and partial differential equations, earning him the prestigious accolade.

Iranian-born mathematician Maryam Mirzakhani, the only woman ever to win the prestigious Fields Medal, has died after a battle with cancer, aged 40. Her work added to our understanding of the symmetry of curved surfaces. (15.07.2017)

Heads up! Nobel Laureates leave a trail of science in a small town called Lindau

There's a simple art to learning from pylons rather than walking into them: look up! Nobel Laureates gravitate towards Lindau every summer. The town's newly erected Science Trail is a tour of their minds. (29.06.2017)