No 'safe' asylum for female refugees in Europe

Female migrants coming to Europe are exposed to physical and sexual violence while living in cramped shelters with other refugees. But cultural prejudices and trauma make it difficult for them to talk about abuse. 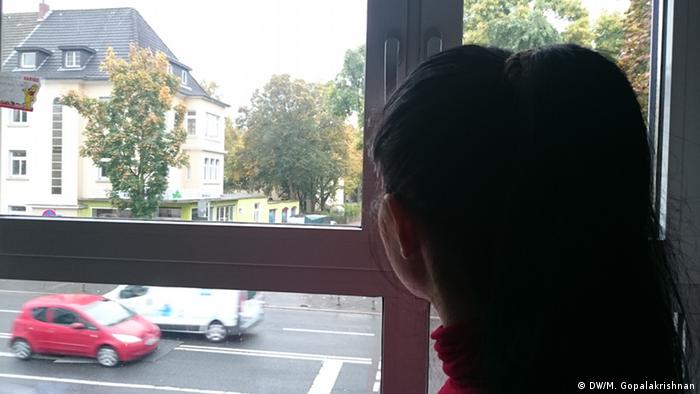 Nesrin, a 20-year-old refugee from Syria, arrived in Bonn barely a month ago and is one of the few women willing to speak to journalists about her experiences during her hard and long journey to Europe.

Her family made their way from Turkey to Greece, crossing then to Hungary from Macedonia before finally arriving in Munich and being sent to Bonn aboard a special train. The most difficult part for her, she said, was being stranded in a Hungarian prison with hundreds of other - mostly male - migrants for several days.

"It is very, very difficult for us," Nesrin tells DW. "I can't hold hands with a man and I cannot lie down in front of a man," she explains, adding that her culture is very conservative. "In Arabic society…if I don't talk to a man and don't give him signs, he won't bother me," she says, answering a question on whether she had any bad experiences traveling together in closed spaces with male refugees.

"But we saw a lot of things," she says, refusing to divulge any more details.

At the refugee shelter in Bonn, Nesrin, who arrived with her parents, brother and sister in the former German capital, has to share a toilet with "at least 100 other people," including men, causing discomfort and a potential problem for her and the other female asylum seekers.

Cramped accommodation, common toilets and rooms that cannot be locked from the inside have created an unsafe atmosphere for women and children, according to social welfare organizations like Pro Familia, the Paritätische Hessen, the Hessen women's council and the society of Hessian women's offices, who formulated their concerns about living conditions in refugee centers in an open letter. 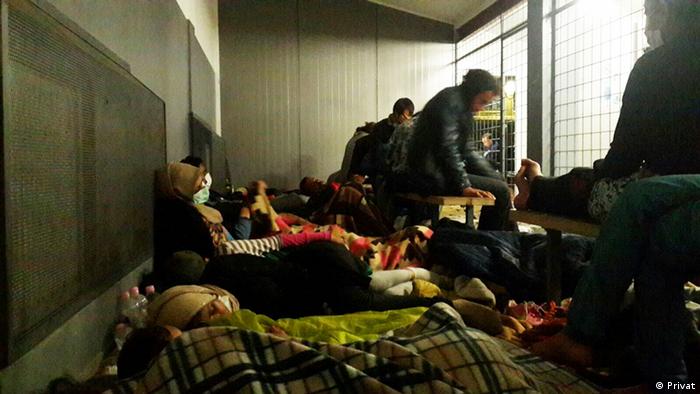 Nesrin took this picture of a prison in Hungary, where refugees were held for registration

"Women say that they and also children, have been raped or are exposed to sexual attacks," the groups write. Ensuring safety for these women is extremely important because most of them have been victims of violence, kidnappings and rape. There are no special rooms to keep women safe and also no laws to specially protect women asylum seekers from abuse, the group says, adding that if the situation remains unsolved, women could be exposed to new trauma.

The organizations suggest separating accommodation for men and women and ensuring that men do not have access to women's areas. Women should also have access to help and to interpreters who will be able to communicate their problems effectively.

Coming from the most dangerous countries

Most of the refugees coming to Europe have fled the Syrian civil war, a country which ranks at 139 of 142 countries in the 2014 Global Gender Gap report. But it is not just Syrian refugees making the journey: women from Iraq, Afghanistan, Somalia and several other African and Middle Eastern countries - all considered amongst the dangerous in the world for women - are fleeing to Europe.

"It is particularly difficult to document crimes of sexual violence in the Syrian context," the FIDH (The Worldwide Movement of Human Rights) says in a briefing paper.

"Survivors are generally extremely reluctant to talk about their experiences, due in particular to stigmatization and cultural, social and religious pressures," the organization adds.

Meanwhile, as Germany decides how best to house the new arrivals, Nesrin is desperately waiting to get permanent accommodation and start school. Until then, "we will just have to manage," she says.

Authorities in Germany have recorded more than 490 attacks on asylum seeker shelters this year. The attacks ranged from racist graffiti to arson and, worryingly, the alleged perpetrators were not the usual suspects. (09.10.2015)