'Refugees don't leave their conflicts behind'

Following reports of aggressive incidents in German refugee shelters, authorities are looking for ways to calm the situation. Suggestions include separate housing for Muslim and Christian asylum-seekers. 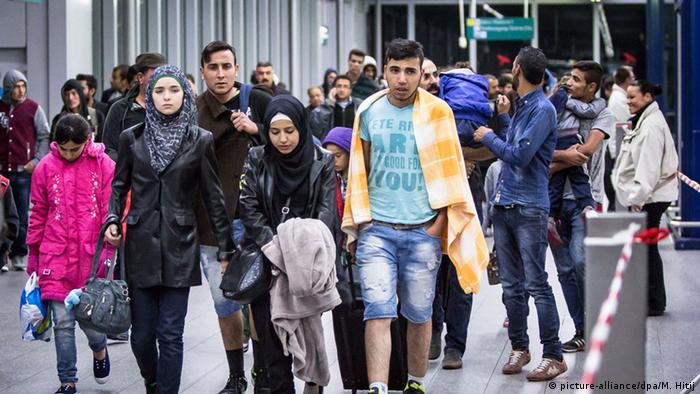 There are no official statistics, but aid organizations, social workers and volunteers note that ethnic, social, cultural and religious tensions are on the rise in Germany's overcrowded refugee shelters.

Separating refugees according to religion is now being mentioned as an interim solution to help alleviate the problems.

Up to one million migrants are expected to arrive in the country before the end of the year. The sudden surge in asylum demands this year has authorities scrambling for housing for refugees from war zones such as Syria, but also migrants from Albania and Kosovo. Often converted hotels, gyms, schools and tents are used as makeshift shelters.

Tempers flare easily at close quarters. In Leipzig last week, about 200 refugees wielding table legs and bed frames started a fight after they couldn't agree who got to use one of the few toilets first. It took a large police contingent to calm the situation.

Other recent incidents include a riot at a refugee shelter in central Germany over a torn Koran and Muslim Chechens beating up Syrian Christians in a Berlin shelter.

Islam is a part of Germany, but Islamism clearly isn't, said opposition Greens party leader Cem Özdemir, adding that tolerance must not be misinterpreted and exploited as weakness.

But insults, threats, discrimination and blackmail against Christian asylum-seekers in particular are a regular occurrence, according to the Munich-based Central Council for Oriental Christians (ZOCD).

"I've heard so many reports from Christian refugees who were attacked by conservative Muslims," said Simon Jacob, of the Central Council for Oriental Christians (ZOCD).

But that's only the tip of the iceberg, the ZOCD board member told DW: "The number of unreported cases is much higher." 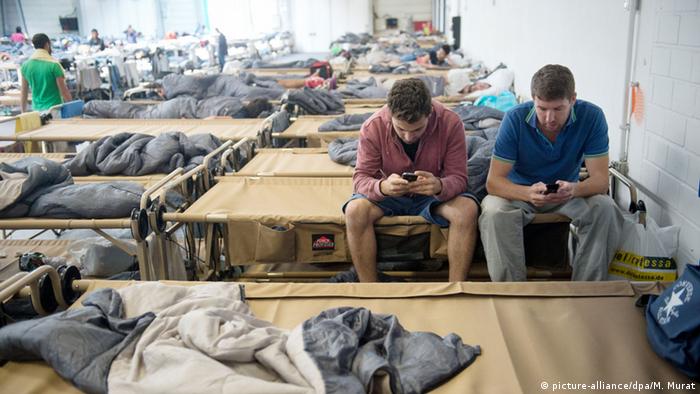 It's 'move over' as more refugees arrive daily

The refugees are afraid and mistrustful of authorities, and worried about possible retribution against their families at home, so they rarely call the police, he explained. They have to learn that they have duties and rights in Germany, Jacob said.

Overcrowding isn't the main issue anyway, Jacob argued - it's merely the trigger: "People bring with them the conflicts that exist in their native countries, Christians and Muslims, Kurds and extremists, Shiites and Sunnis - they don't leave them behind at the border." These conflicts erupt when the refugees - often traumatized - are forced to live close together, he added.

For the time being, different religions could be housed separately, Jacob said - but stressed that can only be an interim solution.

It's of the utmost importance that the refugees be integrated in the German system of values, otherwise, they will live in parallel societies, he warned.

The eastern state of Thuringia already tries to house refugees separately depending on their country of origin, but declines to separate them by religion. "Intensely religious" Muslims above all must learn to live with other religions, Migration Minister Dieter Lauinger said.

Bavaria takes into account ethnic background and religion. "Bavaria won't condone attacks on asylum-seekers, and that includes conflicts among the refugees," said Emilia Müller, the state's Minister for Social Affairs.

Not just local authorities are overwhelmed by the sheer numbers and tasks - German police feel overburdened, too. 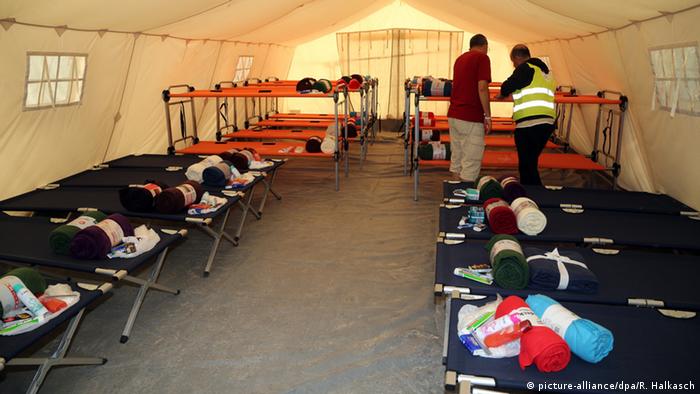 "The police are at their limits," said Jörg Radek, deputy chief of Germany's police union GdP. Officers are tasked with registering newcomers, reconciling differences in the shelters and protecting them from far-right extremist attacks.

"We have to do everything in our power to prevent further violence in the shelters," Radek said - and urged housing people of different religions separately.

Different groups band together, and that can quickly turn into a major brawl, Radek said. "In that case, it's not enough to send a lone patrol car," Radek said.

Private security firms already guard some refugee shelters, but according to the refugees, their staff usually stays out of religiously-motivated strife.

There have been clashes between groups of refugees at a migrant shelter at Kassel-Calden's disused airport in northern Germany. Police said there was a dispute in the canteen. (28.09.2015)

German President Joachim Gauck has said the country has a finite capacity to take in refugees. Meanwhile, Germany's intelligence chief has warned of further radicalization of right-wing groups. (27.09.2015)