Overcrowding is part of the problem, sociologist says | Germany | News and in-depth reporting from Berlin and beyond | DW | 08.10.2015

Overcrowding is part of the problem, sociologist says

Many refugees flee violence in their native countries, only to be confronted with conflicts again in German refugee shelters. German sociologist Wolfgang Bautz tells DW how to handle the problem. 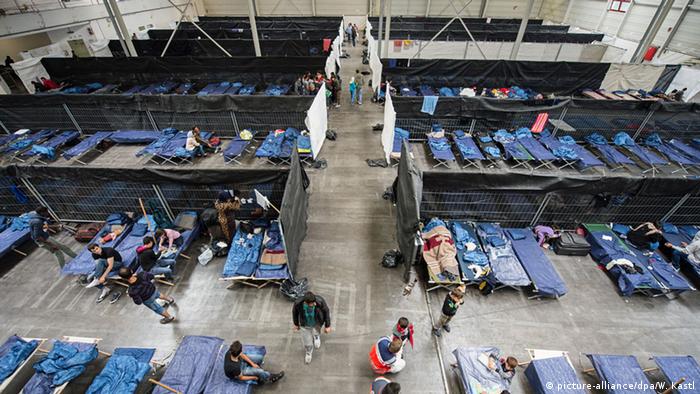 Deutsche Welle: You researched how conflicts escalate in refugee shelters. When do things start to get violent?

Wolfgang Bautz: Each case is different. But our survey late last year among workers and residents in 48 shelters in the state of Brandenburg show there are specific thresholds where a conflict can quickly turn violent. Conflicts erupt easily where many people are packed together under the most difficult circumstances.

The housing situation plays a very important role: a mood will soon become tense when people lack space to be by themselves, when there isn't the least bit of privacy. The situation can quickly become violent.

The social workers are another important factor. Are there enough, are they sufficiently qualified and well-prepared? In addition, the refugees come from very different cultures and societies. At first, they don't speak German, maybe they don't speak any international language, so communication among the refugees is hardly possible, which in turn quickly leads to misunderstandings and conflicts. A lack of options as to how to spend their free time in any meaningful way can also be responsible for rising tension in the shelters.

The police union has urged housing refugees separately, according to religion and ethnic background. In how far are the conflicts in Germany actually about religion and political issues in their native countries? 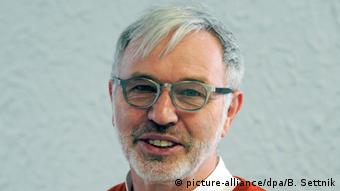 Our survey can only confirm that to a certain degree. I believe that neither religious nor political causes in their native countries are to blame for the violent conflicts in the shelters. Usually, the skirmishes are about everyday life in the communal shelters, and some arise from the refugees' specific stressful situation, the insecurity about their future.

Separating people according to religion isn't viable. We see Shiites fight Sunnis, and they have the same religion. We've also seen Catholics and Protestants brawl. I think it's a suggestion that can't solve the problem, and that doesn't make sense with regard to integration. Sporadically and for religious reasons, there have been people who want to tell others how to live their lives in Germany. That can give rise to conflicts and violence, and it must be stopped.

What can the authorities do to defuse conflicts in shelters that are often overcrowded?

Housing, in particular ,the size and layout of a building, has an immediate influence on how quickly conflicts turn violent - that is an important result of our survey. We need small shelters, and we should avoid making hundreds of people live closely together. Secondly, we need enough qualified personnel to ensure that social work can defuse situations.

Many private initiatives help the refugees; that's a resource we should use to organize meaningful offers for people to spend their free time. Learning German from the start is also important, it's a key tool to find one's way around Germany, master everyday life and communicate with the other residents in communal shelters - also about conflicts.

According to our study, conflicts don't evolve along the lines of religion or politics. They flare up in the wake of everyday questions like, "Can I cook, is this hotplate free for me to use? Who is using it, how much longer does he need? Why is this taking so long - I want to cook." Trivial everyday things. The situation is tenser in a larger shelter regarding daily routines like cooking, taking a shower, doing laundry. Noise, alcohol and drugs are also components.

How did the state of Brandenburg implement your findings?

We developed training courses for the workers in communal shelters, including security personnel, they play an important role. It's all about de-escalating a tense situation even if they don't speak the refugees' language It's also about self-protection and self-defense.

In communal shelters, you'll always find residents people listen to because of their age or social standing. We identify these people and help them develop the knowledge they need to act as mediators.

How can you de-escalate a situation if you don't speak their language?

We know that many messages are transported via body language - and that should be used deliberately to de-escalate situations. We often see the exact opposite happen in stressful situations, people madly wave their arms, or raise their voices.

But extremely violent people should have to leave the shelters?

Of course. If the police are the only ones who can solve a problem, they should do so. But so much is evident beforehand. Close observation and appropriate action are aimed at meant to prevent violence. There will always be a danger of people acting up due to what they have gone through or because of a mental illness.

Wolfgang Bautz is a German sociologist and head of the FaZIT consulting service on migration, integration and tolerance in the state of Brandenburg.

German President Joachim Gauck has urged Washington to contribute more to dealing with the Syrian migrant crisis. In talks, Obama was said to have lauded Germany for its approach to the refugee influx. (08.10.2015)

German investigators have determined a fatal fire at an asylum center was caused by a suicide. The finding comes as a number of refugees centers have been lit on fire by far-right groups. (06.10.2015)

Visiting with a family of asylum seekers in Germany

Firas and his family fled to Germany from Syria. Their arduous journey lasted 40 days. Now they are staying with a relative in the Rhineland. But according to German law they are here illegally. (03.10.2015)