No free elections in eastern Ukraine if Russians stay: US envoy | Europe| News and current affairs from around the continent | DW | 27.11.2019 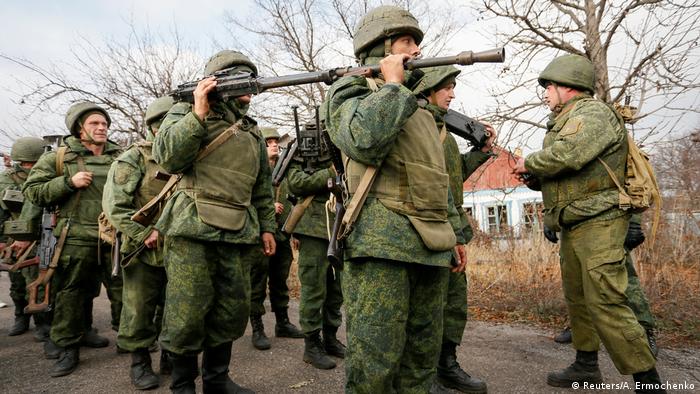 Ahead of a crucial summit on eastern Ukraine in Paris, the US ambassador to the Organization for Security and Cooperation in Europe (OSCE), James Gilmore, was cautiously optimistic about peace chances for the region.

"If there's a summit meeting, if the Minsk process continues on, and if the Russians remove themselves from this conflict zone, we will know that the Russian government has changed their attitude and it is time to bring peace to Ukraine," Gilmore said in an interview aired by DW on Wednesday. "But until then we just have to wait and see if they're in good faith."

The meeting in the so-called Normandy format, with the presidents of Ukraine, Russia France and the German chancellor, is scheduled for December 9 in Paris. It will be the first personal meeting between Russian President Vladimir Putin and his Ukrainian counterpart, Volodymyr Zelenskiy, who took office in May. It will also be the first summit in Normandy format since 2016. This format originated in France during D-Day celebrations in June 2014, when the presidents of Russia and Ukraine met for the first time after the Russian annexation of Crimea.

'Russians must extend hand to Ukraine'

Ukraine recently fulfilled two Russian preconditions for the summit: the separation of Ukrainian army and pro-Russian separatist forces at three places along the division line and the signing of the plan known as the Steinmeier formula. This approach, proposed in 2015 by Frank-Walter Steinmeier, Germany's then foreign minister, is supposed to help break the deadlock of the Minsk agreement. 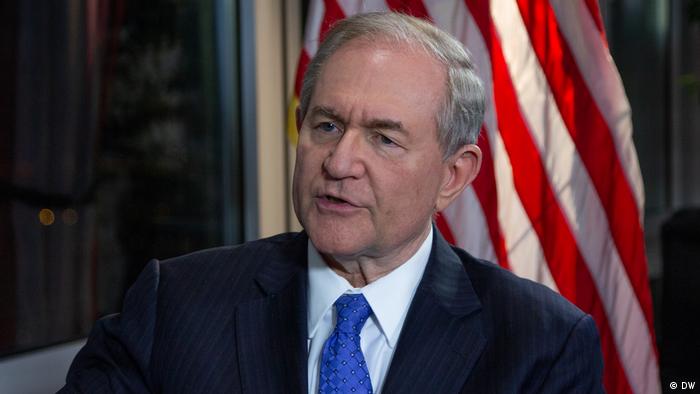 The OSCE has a central role in the implementation of the Steinmeier formula. The plan calls for Ukrainian legislation granting the separatist regions Donetsk and Luhansk de facto autonomy to enter into force temporarily on the evening after local elections and permanently after the OSCE certifies those elections as having met its standards.

"Now it's really up to the Russians to go forward and do what is necessary to carry out the Minsk accords," Gilmore said. "President Zelenskiy has, in fact, extended himself out. He's taken political gambles; he's trying to do what is necessary to keep his promises. He's trying to actually end this conflict through diplomatic channels, and now it's up to the Russians to extend their hand of friendship back out to the Ukrainian people."

Gilmore said he believes that the Steinmeier formula could work if the Russian side is committed and prepared.

"Their duty now under the Steinmeier formula is to remove their troops from eastern Ukraine," he said. "As long as the Russians and their army and their soldiers are there, there can't be free and fair elections, and therefore they have to get out."

After lengthy negotiations, Russia and Ukraine carried out a major prisoner exchange. While Ukraine saw prominent filmmaker Oleg Sentsov and others freed, Russia benefited most from the swap. (08.09.2019)

Germany's foreign minister said the upcoming Ukraine summit was "the best opportunity in a long time" to help resolve the conflict in the country. Kyiv is apparently ready to accept a "reasonable compromise." (19.11.2019)