Azerbaijan has completed its takeover of land that was given up by Armenia as part of a Moscow-brokered peace deal. Azerbaijani President Ilham Aliyev celebrated the seizure as the dawn of "a new reality." 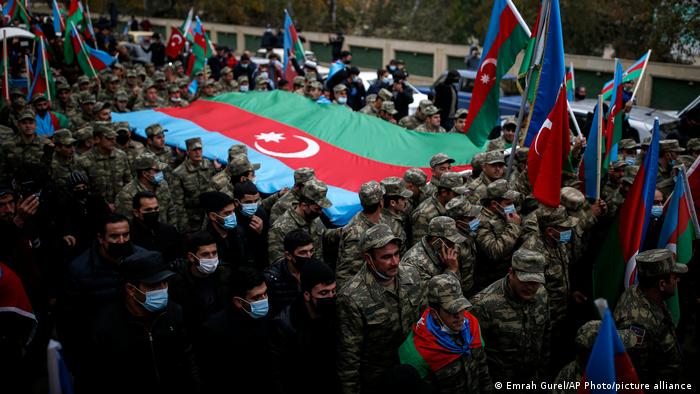 Azerbaijani troops moved into the district of Lachin on Tuesday, taking over the last of the remaining territory ceded by Armenia around Nagorno-Karabakh.

Armenia agreed to surrender the land under a Russia-brokered peace deal that ended six weeks of heavy fighting, with Azerbaijan in the ascendancy in the field, over the disputed Karabakh region.

The enclave is officially part of Azerbaijan, but it — and large tracts of surrounding land  — had been under the de-facto control of ethnic Armenian forces since a separatist war there in the 1990s.

Renewed clashes over Nagorno-Karabakh broke out in late September, with Azerbaijan's military managing to claw back much of that territory from the separatists. More than 1,500 people were reported killed in the latest fighting.

The two sides signed a truce on November 9, under which Azerbaijan agreed to halt its offensive and Armenia was to hand back all the areas it held outside Nagorno-Karabakh.

The Lachin district was the last of three regions ceded by Armenian forces on Tuesday.

Traces of conflict ‘line the road’ in Nagorno-Karabakh

Russian military vehicles and peacekeepers have been deployed to the Lachin region to ensure safe transit between Nagorno-Karabakh and Armenia, and to help refugees return home.

On Tuesday, officials from Russia and Azerbaijan's core ally Turkey agreed to set up a joint monitoring center to oversee the implementation of the peace deal. 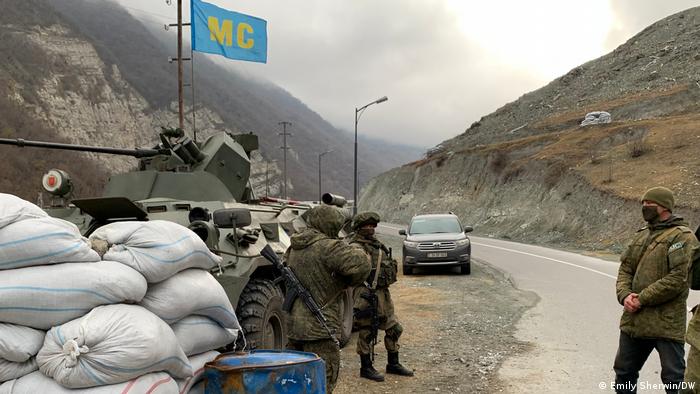 Russia's military says it has helped around 25,000 people return to Nagorno-Karabakh from Armenia

'New era for our country'

The transfer of power in Lachin was celebrated in Azerbaijan, where President Ilham Aliyev hailed it as a historic achievement.

"We all lived with one dream and now we fulfilled it," Aliyev said in an address to the nation. "We won a victory on the battlefield and in the political arena, and that victory opens a new era for our country. It will be an era of development, security and progress."

Aliyev said that nearly 50,000 Azerbaijanis had lived in the Lachin district before the 1990s war and that they would be returning in "the nearest future."

Meanwhile, the peace agreement has sparked anger in Armenia, with mass demonstrations calling for the country's prime minister to step down.