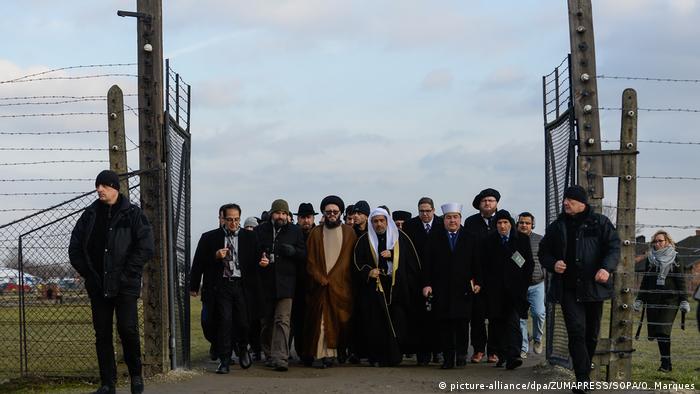 Muslim and Jewish leaders on Thursday visited the former Nazi German death camp Auschwitz in what they have dubbed a "historic" visit, days before the 75th anniversary of the site's liberation.

"To be here, among the children of Holocaust survivors and members of the Jewish and Islamic communities, is both a sacred duty and a profound honor," said al-Issa.

"The unconscionable crimes to which we bear witness today are truly crimes again humanity, that is to say, a violation of us all, an affront to all of God's children."

Al-Issa led a delegation of 62 Muslims, including dozens of religious leaders from nearly 30 countries, according to the American Jewish Committee.

The Jewish advocacy organization shared a video of the Muslim and Jewish delegation praying together.

On January 27, Holocaust survivors, relatives of those murdered and people across the globe will commemorate the liberation of Auschwitz by Soviet forces.

More than 1 million people, the vast majority of them Jews, were killed at the death camp.

Nazi Germany systematically detained, deported and killed more than six millions Jews, along with millions of others, including Poles, Slavs, Romani and members of other ethnic and social groups.

Germans unhappy with EU's handling of vaccine scheme 22m ago