Germany's commemoration rituals have changed since 1945. Will they still make sense in the future? DW's Felix Steiner thinks that the passing of time since the Holocaust and social change are forcing a rethink. 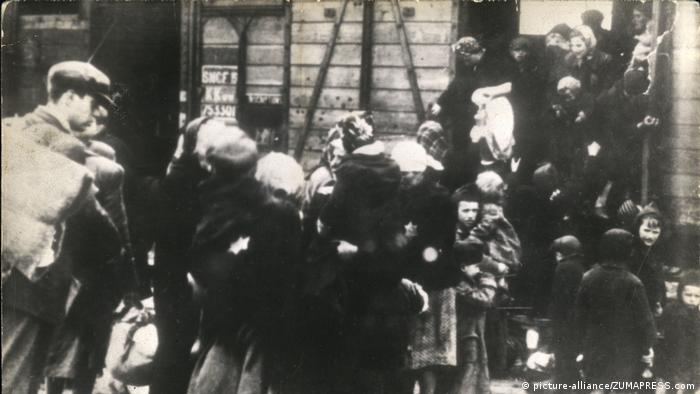 Bild, Germany's most widely read newspaper, is not popular with an intellectual and well-read readership, to say the least — which makes it all the more remarkable that this media company is running the 2018 social media campaign for the World Jewish Congress on International Holocaust Remembrance Day.

The #WeRemember campaign invites people from all over the world to upload photos of themselves. The pictures will be projected onto a large screen on January 27 at a commemorative event marking the anniversary of the Red Army's liberation of Auschwitz in 1945. The organizers hope that half a million people will take part.

#WeRemember is a creative attempt to find new ways of remembering the Jews murdered by the Nazis. The accounts of living witnesses still related in school classrooms will soon be history. When Anita Lasker-Wallfisch, the only living member of the Women's Orchestra of Auschwitz, addresses the Bundestag next Wednesday, it may be the last time that we witness such a gripping appearance.

And then what happens? Will future historians merely give speeches and go through the motions of the current rituals? That would be disastrous: Such a culture of remembrance would be repulsive and would probably achieve the opposite of what it is intended.

Some people may hope for just that. "No more German guilt cult" has become a popular rallying cry in some social media circles. It no longer matters that three years ago Joachim Gauck, then the country's president, declared that there is "no German identity without Auschwitz." This is by no means accepted everyone who lives here.

Jewish cemeteries in Germany have always been desecrated, swastikas have been drawn on walls, and "Du Jude" ("You Jew") is still used as an insult in schoolyards. Furthermore, many synagogues need permanent police protection. Not everyone seems to have learned the idea of "never again" as a basic lesson.

Some of the anti-Semitism is expressed by immigrants from Islamic cultures. But Germany has set high goals with regard to this group. "Remembrance of the Holocaust remains a matter for all citizens living in Germany," Gauck had said on the 70th anniversary of the liberation of Auschwitz.

The permanent places of remembrance are becoming increasingly important. Be it the Holocaust Memorial in Berlin (not a "monument of shame," but a "monument of shameful deeds"), the thousands of "stumbling blocks" — brass plates set into sidewalks and inscribed with the name, date of birth and date of death of a person persecuted by the Nazi regime — in front of the houses where Jews lived, or the historic sites of concentration and extermination camps.

Mandatory school visits to concentration camps, one recent proposal, may have a lasting moving effect on young people. But it is certainly not a panacea for immunizing future generations against anti-Semitism. On the contrary, much more complex strategies are needed.

In the long run, the raison d'etre for Germany's culture of remembrance in its present form will cease to exist. This is also a message 73 years after the liberation of Auschwitz.

Bomb kills at least 2 in eastern Afghanistan 6h ago