More than 200 people from Germany fighting with Kurdish forces against ′IS′ | Germany| News and in-depth reporting from Berlin and beyond | DW | 10.04.2017

Germans have been supporting Kurdish militias on the ground in their fight against IS. The opposition politician who requested the official numbers has blasted the government for how it has treated these fighters. 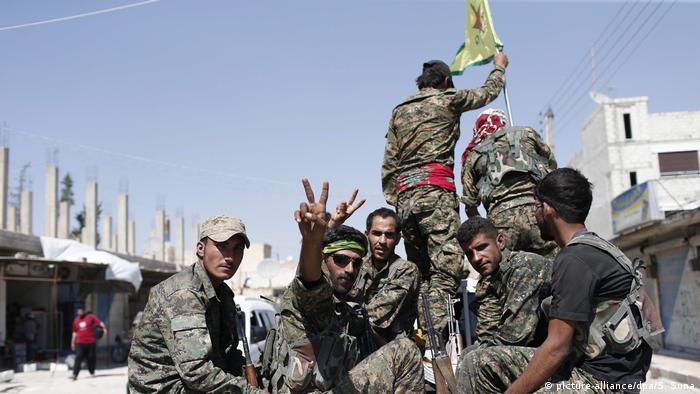 More than 200 people have traveled from Germany to fight alongside Kurdish militias battling the so-called "Islamic State" in Iraq and Syria since 2013, Germany's interior ministry said on Monday.

Sixty-nine of the 204 fighters are German nationals, the ministry said in a written response to a query from Left Party parliamentarian Ulla Jelpke.

The official data does not cover those who traveled from Germany to join the peshmerga, the armed forces of Iraq's autonomous Kurdish region.

The German government warns against travel to Iraq and Syria, but does not generally prosecute those fighting with Kurdish militias against IS or consider them a security threat, "as opposed to those who return from areas under the control of the Islamists in Syria/Iraq," the ministry said.

In a number of cases, those who returned were briefly monitored by security services on suspicion of ties to a terror organization. Left Party politician Jelpke blasted attempts to criminalize the volunteer fighters.

"When young people from Germany in full knowledge of the danger take it upon themselves to participate in the fight against the 'Islamic State' in Syria, then I have the greatest respect for that decision," Jelpke said in a statement.

Among the volunteer fighters, three German nationals have been killed. One was killed in November last year in a Turkish airstrike on the northern Syrian town of Manbij after Kurdish forces liberated it from IS.

Jelpke criticized the German government for failing to investigate the death or bringing up the issue with the Turkish government. 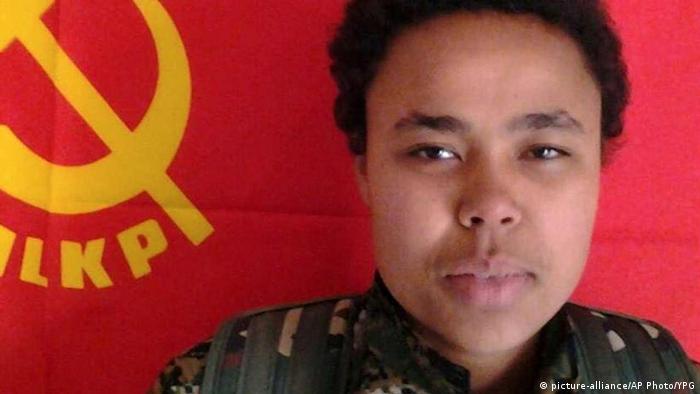 Hundreds of foreign fighters from the United States and Europe have joined the ranks of various Kurdish militias in Iraq and Syria, including the People's Protection Units (YPG), the YPG's women's unit the YPJ, and Yezidi units around Sinjar in northern Iraq.

The YPG is the main component of the US-backed Syrian Democratic Forces (SDF), which has pushed back IS on multiple fronts and is on the verge of launching assault on the jihadist's self-declared capital Raqqa.

The SDF receives weapons, training and air support from the United States. About 1,000 US Special Forces are embedded with the SDF in northern Syria.

US support for the SDF has been a major sore spot in relations with NATO ally Turkey, which considers the SDF/YPG to be the same as the Kurdistan Workers' Party (PKK) - which Turkey, the United States and European Union consider to be a terrorist organization.

Turkey's state media has said the strikes killed around 200 YPG fighters, although the death roll is disputed. Turkey has voiced its displeasure at US support of Kurdish groups fighting the so-called "Islamic State." (20.10.2016)

A German court has opened the trial of a top PKK operative on terrorism-related charges. The man is alleged to have been responsible for PKK activities in multiple cities in Germany. (17.02.2017)

Thousands of Kurds rallied against Turkey in Frankfurt. Turkey condemned the protest as a sign of Germany's support for "terrorism." (18.03.2017)