Military spending on the rise, except in the West | World | Breaking news and perspectives from around the globe | DW | 13.04.2014

Even as many countries increase their militaries' budgets, global defense spending dropped by almost 2 percent in 2013, according to a new report. Most of the cuts are due to shifting spending in the West. 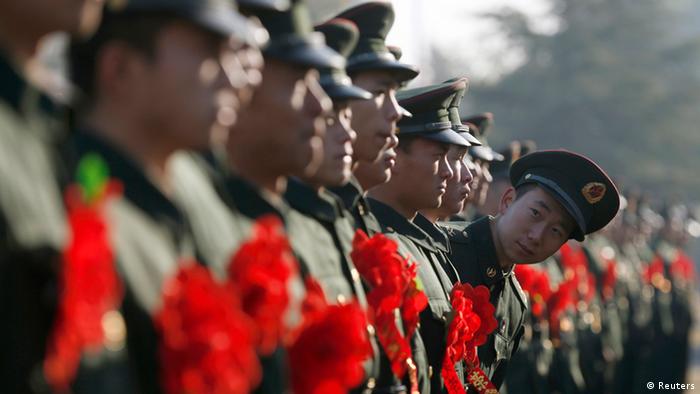 In 2013, worldwide military expenditures dropped by 1.9 percent. The drop was due mainly to defense budget cuts in the United States resulting from its withdrawal from Iraq. Had these cuts not been made, military expenditure would even have risen worldwide since most countries raised their military budgets, according to a new report published by the Stockholm International Peace Research Institute (SIPRI).

SIPRI's annual report summarizes public information on military expenditures, including those for arms as well as to support troops, personnel and administration costs, research, maintenance and construction projects. Military spending worldwide currently amounts to $1.75 billion. The United States alone is responsible for more than one third of all military spending.

But it's not just the United States that has cut on its defense budget. With the exceptions of Germany and Poland, NATO states in western Europe have seen military spending drop over the past few years as a result of the economic crisis.

Despite the cuts, NATO continues to be the world's biggest purchaser of weapons. "If one adds up all NATO expenses, its share of worldwide military expenditure still amounts to two thirds of overall expenditure," said Michael Brzoska, head of the Hamburg-based Institute for Peace Research and Security Policy (IFSH), which also advises Germany's Foreign Ministry on security issues and arms control. 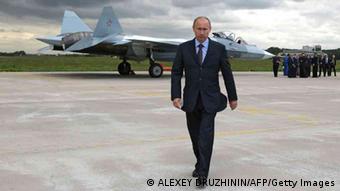 Russian spending compared to GDP outpaces that of the US

"That clearly shows that Russia is making a particular effort to enhance its military strength once again," he said, adding that Russia lags behind other countries as its arms industry was in shambles in the 1990s.

Still, Brzoska pointed out that Russia continues to be the world's second biggest nuclear power, and that its troops were among the world's biggest, though the standard of their weapons could leave some thinking Russia is a mid-level military power. "That, of course, does not rule out military supremacy when it comes to confronting the Baltic States, Georgia or Ukraine," Brzoska said.

In terms of overall ratings, Russia is the world's third biggest military player. The SIPRI has placed China second - even if, due to a lack of reliable data, this evaluation is based on guesswork.

Spending data from China are anything but transparent, said Samuel Perlo-Freeman, who led the SIPRI study. That makes it difficult to know how the Chinese military budget was spent. SIPRI found an increase in military spending of 7.4 percent with more money being spent on improving troops' housing. "But more money is also being spent for arms and training," Perlo-Freeman adds. 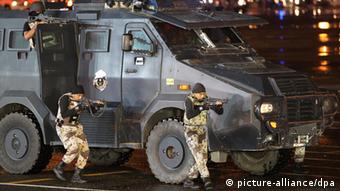 The increase of military spending in both China and Russia should be seen within the context of US supremacy following the end of the Cold War. "China and Russia were not at all happy about the unipolar world where the United States could essentially dictate what happens - by military force if necessary," Perlo-Freeman said.

Lack of transparency in Middle East

In 2013, military spending has continued to rise in the Middle East, a trend that's been going on for years not only resulting from the tense political situation, but also the high revenues from the sale of oil. Saudi Arabia has the world's fourth largest military spending budget. In Perlo-Freeman's view that's not only due to strategic concerns: "The military budget is a way of channeling oil revenues into the private bank accounts of leaders - that is one factor that makes military spending very attractive."

On the whole, data on military spending in the Middle East tend to be quite opaque, the SIPRI expert said. There were no data available for Iran, Qatar, Syria, Yemen or the United Arab Emirates in 2013.

Compared to 2012, Africa has raised military expenditure by 8.3 percent in 2013. In sub-Saharan Africa, Angola surpassed South Africa in terms of military spending. In North Africa, Algeria continues to spend a part of its oil and gas revenues for military purposes - more than $10 billion in 2013, which is more than any African country has ever spent on the military.

The arms race is also speeding up in Central America - particularly in Nicaragua, Guatemala and Honduras, which, according to SIPRI, is largely due to the ongoing war against drug syndicates. In Latin America as a whole, military spending has, however, risen only slightly.

A Mirror of society 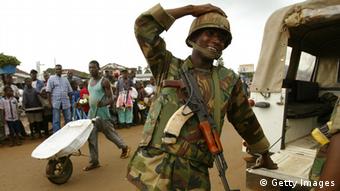 African countries are spending more on the military

In terms of absolute numbers, military spending is on the rise worldwide. However, Perlo-Freeman said, as countries' economies grow the percentage of their gross social product spent on the military declines.

Quite often, the military can be seen as a mirror of political circumstances in a country, added Brzoska: "It tends to be neither better nor worse off than other elites in a given country."

Brzoska said he expects current trends will continue over the next few years. "In many other spheres, we are witnessing a lot of changes on the international scene," he said, adding that the overall significance of the West on huge countries like China, Russia and India is diminishing.

"Considering the rapid population growth in these countries," he said, "it should not come as a surprise that they are trying to make up for military shortcomings in the past."

German Economy Minister Sigmar Gabriel has halted a major Russian military contract for the Rheinmetall defense technology group, at least temporarily, in the wake of the ongoing crisis in Crimea. (19.03.2014)

German law prohibits the export of weapons to crisis or conflict regions. But guns sporting the label "Made in Germany" are being sold in war-torn Colombia. Manufacturers have denied any involvement in illegal exports. (01.03.2014)

Germany is one of the world's largest arms exporters, especially for small arms. But in crisis areas, many of these land in the hands of children who are exploited as soldiers. (13.02.2014)