German Economy Minister Sigmar Gabriel has halted a major Russian military contract for the Rheinmetall defense technology group, at least temporarily, in the wake of the ongoing crisis in Crimea. 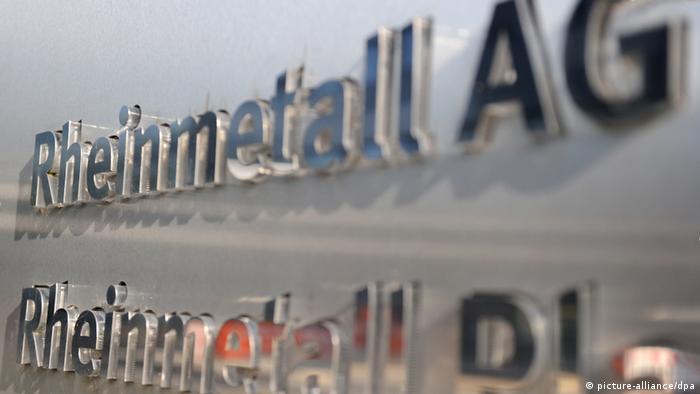 The economy ministry led by Social Democrat Sigmar Gabriel said on Wednesday evening that it would suspend a planned defense contract in Russia for German firm Rheinmetall, owing to developments in Crimea.

"Given the current situation, the German government considers the construction of a military training facility in Russia to be inappropriate," Gabriel's ministry told the German DPA news agency on Wednesday.

The ministry said it was in contract with the Düsseldorf-based defense technology company, and that no deliveries for the ongoing project were currently planned. Rheinmetall would remain in contact with Berlin, the ministry said, "so that the German government can take any necessary measures in connection with further developments."

Overturned in a day amid sudden scrutiny

The project, finalized in 2011 and due for completion this year, came into focus earlier on Wednesday when Rheinmetall announced its annual performance figures. The company had said that it intended to honor its contractual obligations. Meanwhile, the economy ministry had said in its intial response on Wednesday that the deal was first cleared in parliament in 2011, and did not involve the delivery of weaponry to Russia.

After opposition criticism of this deal, from the Greens among others, Christian Democrat politician Ruprecht Polenz then commented critically on the delivery in an interview on Deutschlandfunk public radio, saying he considered the completion of contract "entirely the wrong signal in the current climate."

In total, the Rheinmetall deal to build a combat training facility in Mulino is worth around 120 million euros ($167 million) - the complete center should be able to train 30,000 troops per year.

Despite some preliminary sanctions, mainly targeting individuals, from the EU and US as a result of the intervention in Crimea, no arms embargo is in place.

A German government committee, including Chancellor Angela Merkel, must approve any weapons or military exports by private companies.