Banned German weapons being sold in Colombia | Germany | News and in-depth reporting from Berlin and beyond | DW | 01.03.2014

German law prohibits the export of weapons to crisis or conflict regions. But guns sporting the label "Made in Germany" are being sold in war-torn Colombia. Manufacturers have denied any involvement in illegal exports. 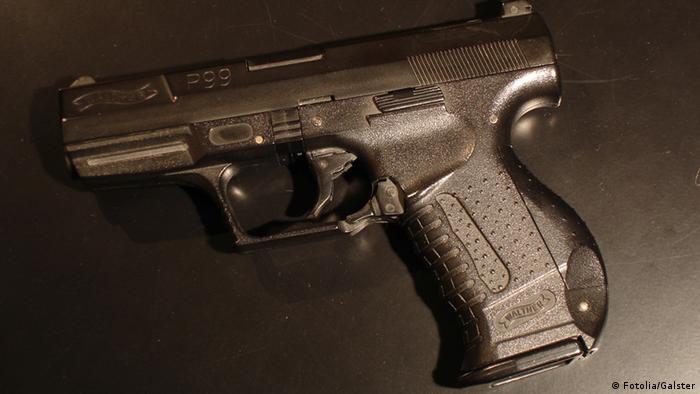 A person who wants to buy a gun legally in Colombia must be at least 25 years old, provide proof of income and a gun license and possess no criminal record. The arms trade in the South American country is a state monopoly run by the weapons manufacturer Indumil, which provides an overview of its available weapons online. Among the imported weapons listed there are also guns and assault rifles from the Ulm-based company Walther, such as the P99 pistol. They should, however, not be there.

German companies wishing to export weapons need to obtain an export permit from the German government. This permit is not granted if "the internal situation of the country concerned is in conflict," according to government rules. More specifically, the policies refer to armed internal conflicts and any suspicion that weapons are being used for "internal repression, or for sustained and systematic human rights violations." Exports to Colombia, therefore, are prohibited; the country has been mired in conflict for the last 50 years.

So how has the Walther P99 come to Colombia? "We can't answer that," Manfred Wörz, the managing director of the Carl Walther company, told DW, adding that the company had not delivered any weapons, or technology, to Colombia. "We cannot explain how the weapon could have arrived on the Colombian market," he said.

Jürgen Grässlin said he doubted that statement. He's part of the Outcry Campaign, which works to stop the arms trade, and said he has filed charges with the prosecutors' office in the southern German city of Ulm accusing the Walther company of suspected illegal arms deals and illegal licensing practices.

"The state company Indumil manufacturers P99 pistols at its factory in Cordova in Colombia," he told DW. "There may have also been direct exports. We saw pistols stamped 'Made in Germany,'"

The prosecutor's office said it had received the affidavit of charges, but could not confirm what company was being charged, according to spokesman Michael Bischofberger. Should initial suspicions warrant closer attention, investigators would take the charges seriously. "With judicial approval, searches of the premises and telephone surveillance would be possible," he said.

There are several ways German weapons could have reached Colombia, according to Grässlin. While Walther may have exported the weapons directly, it could also have sold them first to a subsidiary in the United States, which would be legal as the US is a partner in the NATO alliance. Should the weapons have been then sold to Colombia it would run against the end-of-use declarations made by arms exporters detailing which countries the weapons are sent to and what purposes they will serve there. Grässlin said his organization also wanted to find out if weapons were being manufactured illegally in Colombia. "Indumil aggressively advertises that it manufactures Walther carbines as well as an arsenal of Walther pistols," Grässlin said.

Should this prove to be the case, it could represent a breach of the War Weapons Control Act as well as export restrictions. The Federal Office for Economics and Export Control (BAFA) confirmed for DW that "there have been no export licenses issued to Colombia for these weapons or technology from 1993 to today." 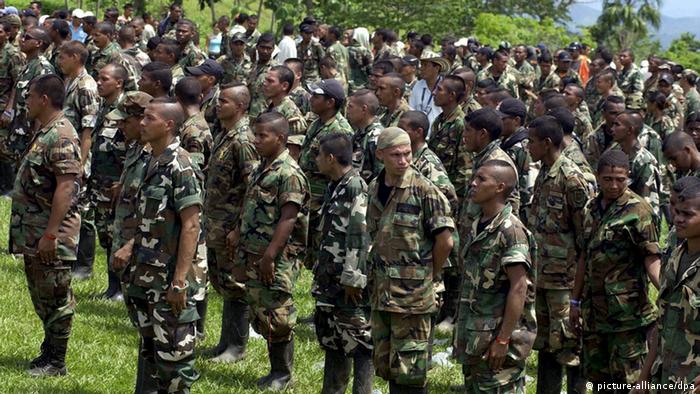 Paramilitary groups, the army and guerillas have been fighting in Colombia for decades

BAFA said gun manufacturer, Heckler & Koch, was permitted to export over 9,000 of its G36 assault rifles to Mexico between 2006 and 2009 under the condition that the weapons not reach the restive provinces of Chiapas, Chihuahua, Guerrero or Jalisco. But that's exactly what Grässlin has said happened and what led him to file charges with prosecutors in Stuttgart.

Mexico is not the only country affected, he added. "Illegally exported G36 assault rifles have also turned up during the Libya war on both sides the conflict," Grässlin said. "We can prove that G36 assault rifles were also used in 2008 in Georgia's war against Russia."

"There is no department in BAFA - or even a single official - who makes unannounced visits to countries like Saudi Arabia or Mexico or Colombia to check if weapons are actually staying where they belong," he said. "This is a massive failure on the part of the German government."

Germany is the world's third-largest weapons exporter, behind only the United States and Russia. The arms industry is responsible for some 80,000 jobs in Germany. As the German Army has been tasked with cutting its budget, foreign customers are becoming increasingly important for German weapons manufacturers.

Export licenses worth 8.9 billion euros were issued in 2012, including some 76 million euros for the export of small arms - more than twice as much as in 2011. Nearly half of these exports are to so-called third states, nations that do not belong to NATO, or are not listed as similar to NATO nations. Last year, Germany pushed for signing the UN's small arms control agreement, but this deal has yet to be ratified by Germany.

Germany is one of the world's largest arms exporters, especially for small arms. But in crisis areas, many of these land in the hands of children who are exploited as soldiers.

In their annual report, Germany's Protestant and Catholic churches criticize that a growing amount of German-made weapons are ending up in the hands of dubious buyers in crisis zones. (16.12.2013)