In their annual report, Germany's Protestant and Catholic churches criticize that a growing amount of German-made weapons are ending up in the hands of dubious buyers in crisis zones. 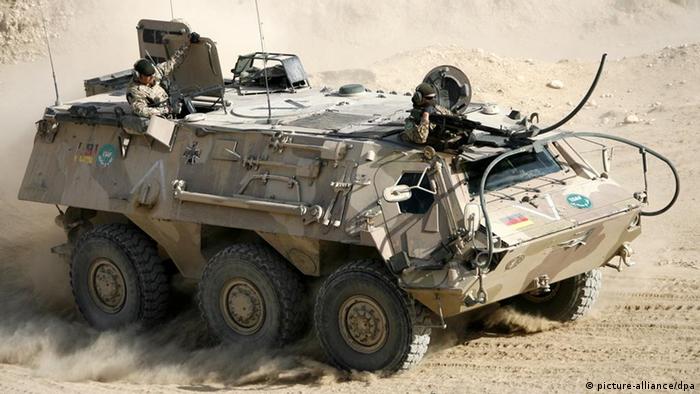 For a long time, arms exports to regions in conflict were taboo for the German government. However, the growing number of arms deals with Middle Eastern countries like Saudi Arabia or Qatar, or with Asian countries like India and Indonesia suggests that these could soon become a pillar of German foreign and security policy.

This, at least, is the warning expressed in this year's weapons exports report published in Berlin on Monday (16.12.2013) by the Joint Church and Development Conference (GKKE), a cross-confessional group of Protestants and Catholics in Germany.

The modest drop in permits granted for German arms exports, announced by the government in November, although welcomed by the GKKE, was only the result of normal fluctuations and not a reversal of the trend, the group said in its report. On the contrary, the new logic of "empowering" security partners with German weapons so they can handle their own military interventions suggests that these countries are viewed as "anchors of stability" in their respective regions, regardless of the circumstances surrounding a conflict.

The arms build-up in countries like Saudi Arabia - the largest recipient of German military equipment - not only contradicts German criteria for such exports, but is also dangerous for the whole region, according to Prelate Martin Dutzmann, the Protestant chairman of the GKKE, at a press conference. The question, how countries like Saudi Arabia, which supplies arms to rebel groups in Syria and sub-Saharan Africa, can be an "anchor of stability" in the region, has been left unexplained by the German government, Dutzmann said.

From Bahrain to Vietnam and Turkey to Yemen,the list of countries Germany has exported to is long and varied, says the GKKE, and many of them have bad or very bad human rights records. The Fahd armored transport vehicle, for example, which is based on a German design, was used in Egypt to quell peaceful protests and illustrated the risk of the "empowerment" strategy, according to the GKKE.

Dutzmann also pointed to the increase in exports of small arms. In 2012, the German government approved the sale of 67,000 light weapons - twice the number approved the year before. Some 12,000 machine guns went to India alone. 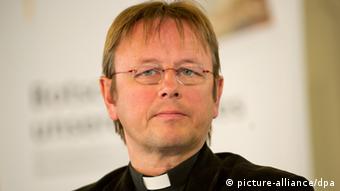 We need an "about-face" on arms permits, says Karl Jüsten

The consequences of these sales are often devastating because again and again these weapons end up illegally in troubled states and crisis zones. G36 assault rifles from Heckler & Koch, for example, were used in Georgia and Libya and it has never been clarified how they got there. An earlier model, the G3, is produced in Iran under German license and sold in Africa.

Dutzmann's colleague, the Catholic chairman of the GKKE, Prelate Karl Jüsten, has called for "an about-face towards a truly restrictive permit practice."Certain expectations are attached to promises made by Germany's new economics minister, Sigmar Gabriel. As head of the Social Democrats, he gave assurances to the GKKE in the past that if and when he is part of a German government he would implement "considerably more restrictive" permit procedures, Jüsten said.

For Germany's two main churches a change in perspective is necessary. Export permits for weapons need to be evaluated according to "the ethics of peace" - in much the same way as the use of force itself, says the GKKE.

The German government, in their view, must finally begin taking its own political principles seriously. For the GKKE, this is not about jobs, attracting investment, or maintaining a competitive security and defense industry.

The church group has welcomed a plan in the future government's coalition agreement that expressly calls for more transparency when issuing export permits for military goods. According to the agreement, parliament must in future be informed immediately after every arms export decision and not a year later when the arms export report is published, as is the practice now.

Germany’s largest bank, Deutsche Bank, confirms that one of its funds has sold its shareholding in a Vietnamese company accused of rights abuses in Laos and Cambodia. (03.12.2013)

A German newspaper has reported that Saudi Arabia plans to buy submarines from Germany. The news could intensify discussion on weapons exports during the current coalition negotiations in Berlin. (03.11.2013)