A German newspaper has reported that Saudi Arabia plans to buy submarines from Germany. The news could intensify discussion on weapons exports during the current coalition negotiations in Berlin. 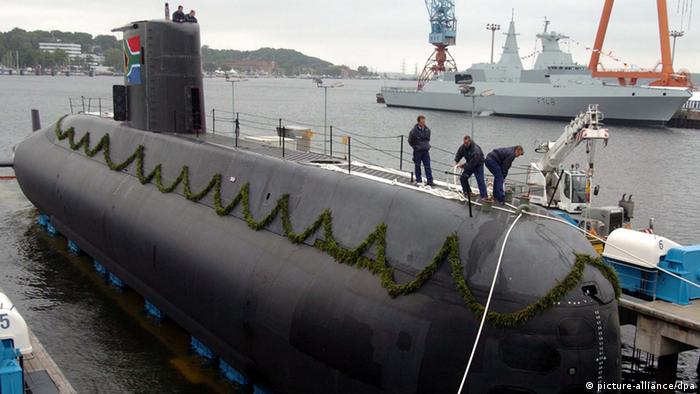 The German weekly Bild am Sonntag said on Sunday that Saudi Arabia wanted to purchase five German Type 209 submarines for 12 billion euros ($16.5 billion). The paper said that in the long term, the kingdom was interested in buying altogether 25 of the vessels.

The newspaper said it had information that the German chancellery had in the summer already signaled a willingness to examine such requests from Saudi Arabia "favorably" as soon as a new government was in place.

The submarines would be constructed by the Howaldtswerke-Deutsche Werft (HDW) and the Nordseewerke Emden, both shipbuilding companies located in the north of Germany, according to the report.

The report could fuel controversy during coalition negotiations between Chancellor Angela Merkel's conservative CDU/CSU bloc and the Social Democrats, as weapons exports to crisis regions are a disputed issue between the parties.

The Social Democrats would like to see stricter regulations, while the conservatives consider thepresent rules on exports to be adequate. Currently, the Federal Security Council, made up of the chancellor and eight ministers, has to approve any arms export.

Some lawmakers in Germany see Saudi Arabia as an inappropriate recipient for arms, saying that human rights are not sufficiently respected in the kingdom.

Saudi Arabia also sent tanks and troops to help put down recent protests in Bahrain in 2011.

The paper said a government spokeswoman refused to comment on what she called "possible individual cases of arms exports."

The company ThyssenKrupp, to which the two shipyards belong, said there was "no project involving submarines for Saudi Arabia," but refused to say whether preliminary talks on such an order had been held.