Michelle Bachelet: Her lifelong fight against sexism and for women′s rights | World | Breaking news and perspectives from around the globe | DW | 01.05.2021

Michelle Bachelet: Her lifelong fight against sexism and for women's rights

Angela Merkel famously shied away from calling herself a feminist — but Chile's first female president embraces the term, saying that feminism is for everyone. DW spoke to Bachelet about her remarkable history.

UN human rights chief: 'We need to be feminists now'

When Michelle Bachelet became the first female president of Chile in 2006, divorce had only been legal in the Latin American country for two years. Abortions were completely forbidden, even in the case of rape. So when a single mother, social democrat and atheist was elected to the nation's top office, it became a sensation in the very conservative and Catholic nation.

But even before that Bachelet was used to being "the first": In 2002, she had become Chile's first female defense minister. "I was the first in Chile, in Latin America and the fifth in the history of the world. But I'm not telling this to you to say, 'oh, how proud I am,' — no, but how terrible the situation for women is that I was the fifth of the world."

Today, Bachelet is a role model for many young women — especially in her home country, where her own family was once persecuted by the military dictatorship. Bachelet's father, an Air Force general, opposed Augusto Pinochet's brutal military coup in 1973. He was imprisoned and tortured, the consequences of which ultimately cost him his life. Bachelet and her mother were also put in prison, tortured and forced to flee the country. 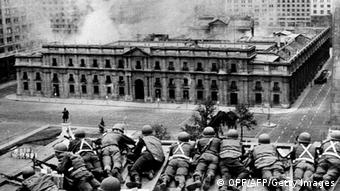 These experiences shaped Bachelet: "They did make even stronger my concept of human rights, of the value of democracy, of the value of dialogue." After four years in exile, Bachelet returned to Chile in 1979 — before the end of the military dictatorship. She became a doctor, often treating victims of torture.

DW spoke to Michelle Bachelet as part of the interview series "Merkel's Era: The Women of Power." She says that earlier in her life, she never thought of becoming president. "Women are sort of taught that they can do many things, but [that] ambition is a bad thing." 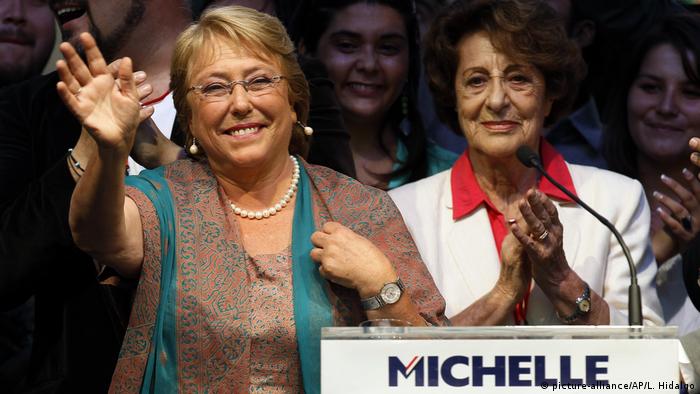 Bachelet says her mother, Angela Jeria (r.) served as a strong influence and inspiration throughout her life

Bachelet, however, took inspiration from her mother, who worked outside the home and later became an activist. And the all-girls' school she attended was formative for her, as it was where she learned to prove herself. This shaped her self-image as a woman: "Our role in life was not necessarily to be in the kitchen...we could do something more in life."

After the end of the military dictatorship in Chile in 1990, Bachelet started a career in the Ministry of Health. This was followed by the Ministry of Defense and finally the two presidencies — interrupted by three years at the head of UN Women.

In her political career, Bachelet — like many other women — was constantly confronted with sexism. "I could tell you about thousands of sexist and misogynistic situations and attitudes." Her clothes and her body were critiqued. "I mean, you never hear that [about] other colleagues," says Bachelet.

A journalist once asked her how she dealt with problems as a divorced woman, since she doesn't have a husband who can help her. "Like I've always done it: with good advisors, friends, etc." was her answer. The journalist was a woman — underscoring how even women can get drawn into sexist ideas, she says.

Asked how she dealt with the constant barrage of misogyny and bias, Bachelet said that she has simply carried on doing things well. While men "always question women's capacities," she has always counteracted this with expertise about the subject matter at hand. 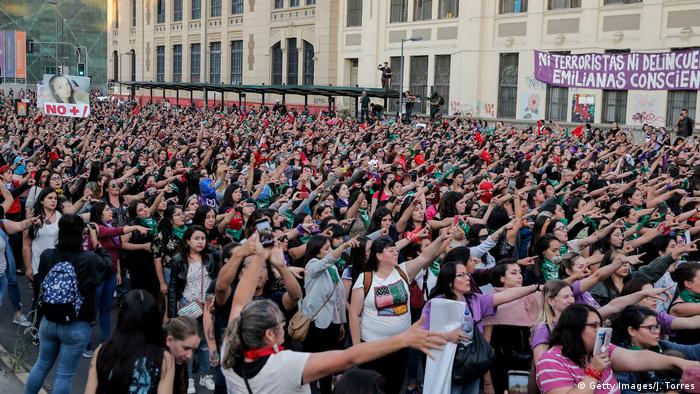 Despite her pioneering role, Bachelet also suffered setbacks. Her second term in office was overshadowed by a corruption scandal in her family. She was unable to implement announced reforms, including a constitutional reform, and her plan to completely decriminalize abortion did not come to fruition. But after years of work, Bachelet managed to reform Chile's abortion law in 2017. Abortions are now allowed in three cases — including after rape.

The 69-year-old says she did as much as she could for women's rights during her terms as minister and president, citing accomplishments such as building women's shelters and improving legislation to combat violence against women. But domestic violence is widespread in Chile and is one of the most widely reported crimes in the country, which is why she also says: "I think we always have to do more."

Since 2018, Bachelet has been pursuing her mission as the UN Commissioner for Human Rights. The coronavirus pandemic, which the UN also calls a "crisis for women," has only made that mission more clear for her. A "brutal increase" in domestic violence can be observed worldwide, according to Bachelet. "We need the political will of the rulers to advance in better laws on violence against women and better laws that support women in all their different spheres." But this will also require a cultural change as well as changes to the judicial and policing systems. She has seen time and again how women have gone to the police to denounce the domestic violence they were subjected to, only to be told: "Come on, go home, get on better with your husband." 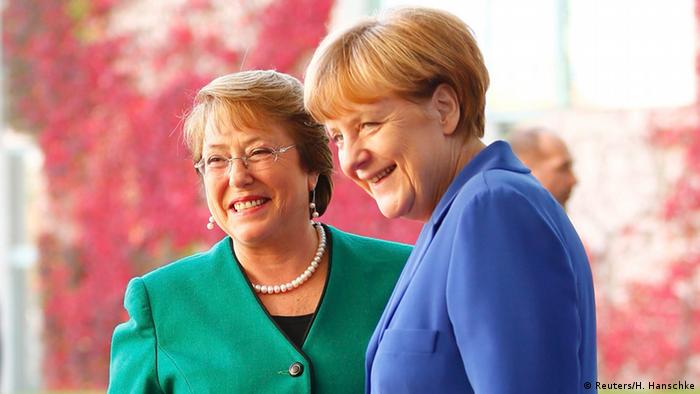 Merkel and Bachelet have met often over the years

The Chilean politician belongs to the same generation as another pioneer: Chancellor Angela Merkel. The women seem to have a lot in common: Both are scientists, both were the first women to serve as president and chancellor of their respective countries. In addition, Bachelet lived for several years in Merkel's homeland, the former East Germany, and speaks German.

Bachelet and Merkel have met several times. "You always try to support other women in leadership positions because all women in power need that support." And the Chilean leader says that the longtime German chancellor is a good role model for other women: "Nobody will ever think that Angela Merkel is weak...That has been a very important achievement for women."

But unlike Merkel, Bachelet openly describes herself as a feminist and emphasizes that her interpretation of the term includes men: "We include because we women have been excluded for so long...We never think that our improvement will be based on the exclusion of other people."

Margrethe Vestager has become famous for putting up a fight against tech giants. She told DW why we still have a long way to go when it comes to equal opportunities in politics — and why quotas are not only for fish.

Female genital mutilation, domestic violence, patriarchal structures — the fight for women's rights is far from over. The director of the organisation Terre des Femmes weighs in on the current situation.

UN human rights chief: 'We need to be feminists now'