Lockdowns, Christmas holidays and domestic violence: A dangerous mix | World | Breaking news and perspectives from around the globe | DW | 29.11.2020 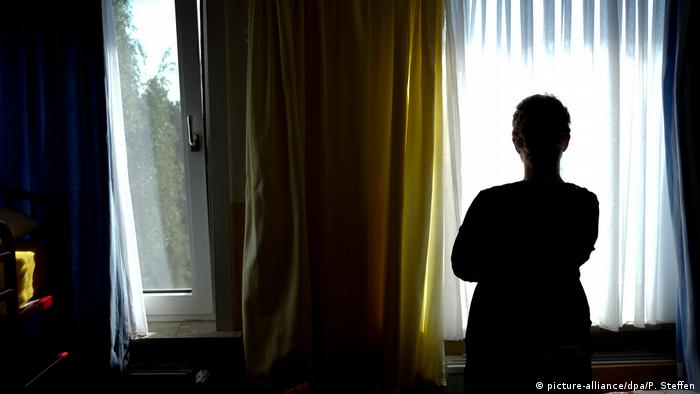 Domestic abuse always increases during the holiday season as families and couples spend more time together at home. Coronavirus lockdown measures, too, have led to increased incidences of abuse as couples and families are further isolated from the outside world. Now, observers fear a combination of the two will have grave consequences.

Social distancing measures have also made it more difficult for victims of abuse to seek help and extricate themselves from torturous relationships. Thus, counseling, shelters for battered women and other outreach programs are more crucial than ever.

Social worker Johanna Donau, who is responsible for safe houses operated by the Berlin-based organization "Flotte Lotte," agrees. As the outfit's name — which roughly translates as "Charlotte on the go" — suggests, Donau's network operates safe havens for women who have managed to free themselves from abusive relationships.

Unlike other shelters, women at Flotte Lotte live in apartments that are shared by two or three individuals. Social workers can be reached during normal business hours but the women living here do not receive around-the-clock assistance and are expected to organize everyday life for themselves. Johanna Donau says that means women in her program must be relatively stable and independent. 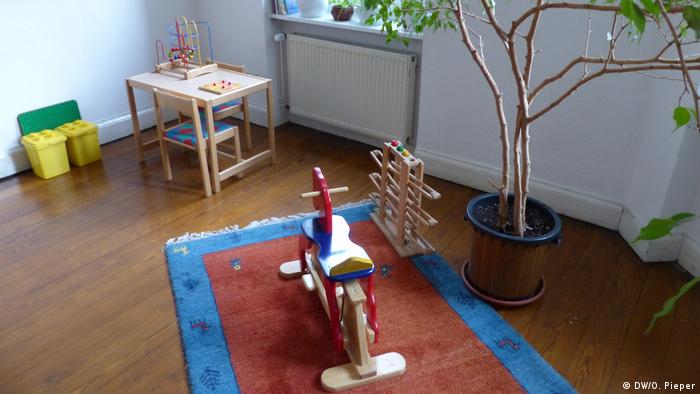 Shelters, such as this one in Bonn, can offer safety to women who have freed themselves from abusive relationships

As in almost every other segment of society, the coronavirus has drastically affected the work of outreach counselors helping domestic abuse victims. For instance, in-person counseling has become impossible. These days counseling takes place over the telephone. Johanna Donau says that makes her job more difficult because it is simply tougher to create interpersonal connections and to build trust remotely, "You can't just lean over and hand someone a tissue," she says.

Still, she says she has adjusted to the new situation and that at times conversations have become even more intense. Donau's organization maintains three apartments in Berlin but she says that is not nearly enough, pointing to a general shortage of support facilities for victims. With domestic abuse on the rise as a result of the coronavirus pandemic, Flotte Lotte took the unprecedented step of renting an entire hotel to increase the number of women it can help. Donau says that was a good idea: "It was a relief for us because it allowed us to help more of the abused women that contacted us."

Still, it is victims who must take the first step. "Help options often aren't visible enough to those in need," says Tanja.* The 67-year-old from Hesse was a victim of domestic violence for years before she could free herself from the abusive relationship she was living in. She says if she had been aware of the many avenues available to domestic abuse victims she would have reached out for help sooner.

Ultimately, it was a doctor that encouraged Tanja to get out of the relationship. "Awareness has to be improved," she says. Not only awareness for victims, she explains, but also those around them who may sense something is wrong. Domestic abuse, she says, remains a societal taboo.

A system that protects perpetrators in Peru

That is also how Johanna Donau sees it. She goes further, in fact, saying domestic violence is more than a taboo and that victims themselves are often stigmatized by society: "It makes me furious to hear people say things like 'You could have left,' or 'Why do you let him do that to you?'" She says all too often guilt is actually projected onto the victim herself. Donau says it starts with the abusive partner, who often makes the victim feel as if they themselves are at fault — a dynamic that then extends to family and friends.

That is where Tanja was luckier than most. She says those around her helped free her from her torment and seek help: "I am standing here today because of the help that so many people offered me." She says if there is one piece of advice she would give those in similar situations it would be: "Don't wait! Get out! The longer you suffer, the more broken you will be."

Breaking the silence around domestic abuse is also one of the key aims behind the "Mask 19" program created by the global women's network Zonta International. The program's name refers to a hotline project that is prominently advertised at pharmacies, doctor's offices and hospitals. Many victims may not be able to call for outside help or approach people around them, so when they utter the phrase Mask 19 while speaking with individuals where the program is advertised, they immediately notify the police — a step that may be the first toward a life free from domestic violence.

Women breaking the silence in Kenya

With a rising number of rape cases across the country, and the authorities' failure to punish the culprits, women in Pakistan feel more insecure than ever. Some women are now learning self-defense techniques.