A blue wooden staircase leads up to Hotel Skazka – which translates as the "fairytale hotel." Indeed, the harsh reality of Moscow's traffic and its gray apartment blocks seems far away. The hotel is hidden away in the middle of Izmailovsky Market. Before the coronavirus pandemic, tourists came here to buy Soviet antiques and bright matryoshka dolls.

Inside Hotel Skazka, fairy lights shimmer on the ceiling, canaries squawk over quiet music and Iris the cat slinks between carefully mismatched furniture.

For Ineta Riekstynya, the hotel has come to feel a bit like home. She has been living here for about a month — since her husband hit her during lockdown. "It wasn't the first time, even without the quarantine. But when you love a person you forgive them," she tells DW. "You tell yourself: 'He just cracked this time. Things happen.' The second time it happens you still think he'll change. But the fourth or the fifth time, it becomes impossible to bear. Something clicks in your head. This time, it made me just get up and leave."

The professional musician says being in lockdown together with no work definitely made the situation at home worse. But the pandemic also made it hard when she left. Friends were worried that taking her in would mean breaking self-isolation rules or risking infection. And women's shelters had to turn her away because they, too, have had to go into quarantine and can only accept women who have already quarantined for 14 days or have a test proving they don't have COVID-19.

"I ended up on the street with nothing but the clothes on my back. I didn't know where to go. I was just sitting on a bench outside and thinking, it's getting dark," Ineta says. Luckily the women's crisis center Kitezh called her back and set her up at Hotel Skazka. 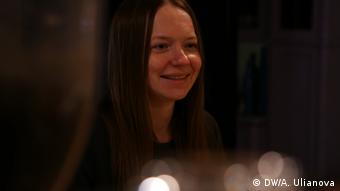 The hotel's owner, Valentina Konstantinova, has been working with Kitezh since the beginning of April, taking on domestic violence survivors for free and without a test for the coronavirus. Valentina got in touch with women's organizations herself almost immediately after lockdowns began in Russia at the end of March.

"If the hotel is empty why not give rooms to people who need them?" Valentina says. "I have quite a lot of friends or acquaintances who have been victims of domestic violence. I couldn't always help my friends then but now I can help someone else." Hotel Skazka has also taken in refugees and doctors during the pandemic. But the hotel has become a saving grace for women's groups.

NGOs working to help domestic violence victims in Russia have been reporting a spike in cases of abuse since lockdown began. According to the ANNA Center for the Prevention of Violence, calls to their Russia-wide helpline for women were up by 74% in May compared to February.

In Early May, Russian Human Rights Commissioner Tatyana Moskalkova put the number even higher. She said domestic violence cases in Russia had more than doubled during the lockdown. Her statement contradicted earlier reports from the Russian police that domestic crimes had fallen by 13%.

Countries around the world have reported a rise in cases of domestic abuse, as the frustrations of lockdown and the economic fallout from the pandemic worsened tensions at home. But in Russia, domestic violence has been decriminalized since 2017. Now, it can be considered an administrative offense in the country. Last year, a group of Russian lawmakers renewed the push for a domestic violence law but their initiative was controversial and sparked protests from conservative groups that argued family life should be sacrosanct — and exempt from government interference. 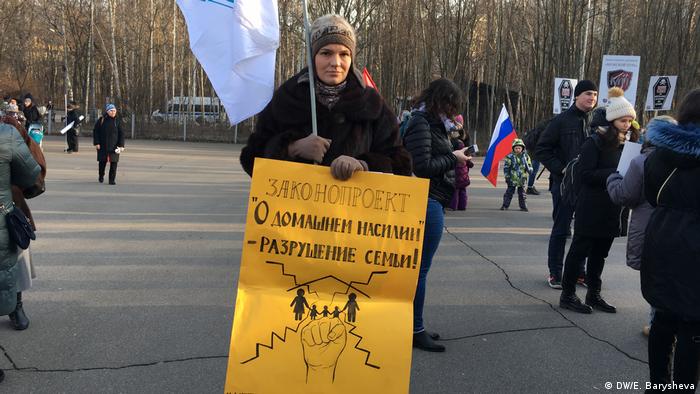 The tools for change

Maria Tvardovskaya from the rights organization Nasilu.net ("No to violence") argues that the legal situation makes domestic violence victims in Russia much more vulnerable than in other countries, including during lockdown. "[In other countries] there are restraining orders and strict laws, there are law enforcement agencies who are trained in how to deal with these situations. Russia doesn't have that unfortunately. That is why more cases here end in murder and more women stay in these relationships because they don't have the tools to get out of them."

As Russia slowly eases out of lockdown, women's rights advocates like Tvardovskaya don't think the number of women who need help will drop off. "We will be dealing with the consequences of this quarantine for a long time — especially our lawyers and psychologists. People will be coming to them with horrible stories, huge traumas and serious tragedies."

Alyona Sadikova, director of the crisis center Kitezh, predicts more women will keep leaving abusive homes. She says calls to Kitezh were up by about 15% during the initial stages of Russia's lockdown, but in recent weeks even that number has more than doubled. Now she fears the "economic slump" in Russia will keep tensions in homes high even after lockdown, making victims of domestic violence realize that they can't simply wait out tough times. 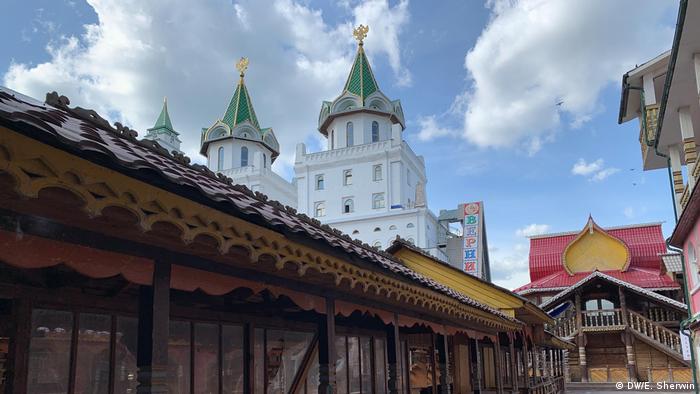 Izmailovsky Market, the location of the hotel, is usually bustling with tourists and sellers

With resources at Kitezh already stretched and a broken car at the center creating additional logistical problems, Alyona Sadikova is grateful that she can look to Valentina Konstantinova and her hotel to put up some women, even if it's just an interim solution.

The hotel owner is determined to keep a few of her rooms available for domestic violence survivors even after the lockdown in Moscow ends. Valentina says helping people has lifted her spirits and even made her "ready to fight" for her hotel as the pandemic keeps tourists away. Despite worrying about her own business, she thinks hotels shouldn't see what she is doing as "a huge sacrifice to society," adding: "It costs almost nothing. Essentially, it's just the cost of cleaning the sheets."

Meanwhile, Ineta Riekstynya calls her stay at Hotel Skazka "pure happiness." After lockdown she wants to build a new life for herself and restart her work as a professional singer. She says that during her long walks around the hotel, she has been keeping up her singing  letting her voice rise above the empty market stalls.