Turkey: Laws against domestic abuse fail to protect women | Europe | News and current affairs from around the continent | DW | 25.11.2020 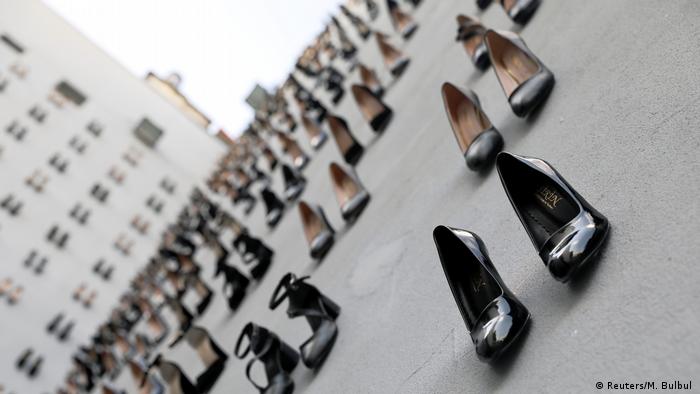 Aysel's two children sit so close to each other that it looks as if they fear being separated at any moment. The sofa they are on is also their bed. Their mother — whose name here has been changed for her own safety — left her husband after being abused by him. Until just recently she was living in a women's shelter. She still fears for her life.

Aysel got married when she was 17 and started a new life in another town. In the early years of their marriage her husband was not violent toward her. After getting involved in illegal business dealings, he was sent to prison and came back a different person.

"After getting out, he acted more like a member of the mafia," Aysel said. "He started to wear suits and carried prayer beads around with him. That was when the violence started." 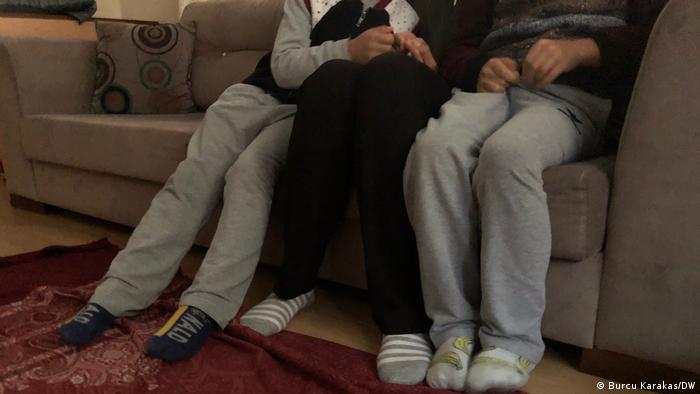 Hours-long beatings with a belt

When they moved to a bigger city, another problem emerged. Her husband became addicted to gambling and started neglecting the family. To finance his habit, he sold household items and the family sank into debt. The beatings also became more frequent, Aysel said, adding that she felt like a prisoner in her own home.

"There were no limits to his violence," she said. "He beat me for hours with a belt. There was nowhere I could go."

When she told her mother-in-law about her son's behavior, her mother-in-law showed her no sympathy. According to the then-27-year-old, all that she did was to remind her that a wife usually entered her marital home in her wedding dress and could only leave it wrapped in a shroud.

What upset Aysel most was the fact that both her children had witnessed the violence. She said one of her children once told her: "I am really frightened that you are going to die if father continues to hit you."

Protection from domestic violence — in theory

In Turkey, there are laws to protect women, but frequently they are not put into practice. Aysel reported her husband to the police and on three occasions he was banned from having any contact with her.

But when the police allowed Aysel's husband to pick up his clothing from home, he did not leave. According to the law, a person subject to a contact ban is not allowed to return to the shared home at any time. Her husband was also sentenced to three months in prison for assault, but he only served three days of the sentence. Now Aysel is frightened of reporting her husband to the police again.

Aysel shares the fate of many women

Instead, Aysel decided to take a different approach, asking the police to put her and her children in a home for battered women. There, she met other women who had suffered similar abuse, they had been abused and then left to fend for themselves. Other women shared a familiar fate, "They believed my husband's side of the story and let him go."

Lack of real consequences for abusive men can end fatally. It is estimated that at least one woman dies every day in Turkey as a result of domestic violence, however, since the Turkish government refuses to publish such statistics no one knows for sure how high the number really is.

According to the Turkish Women's Aid Federation, at least 312 women were murdered in the country between January and October of this year. The Turkish Ministry of the Interior, however, announced in early November that 27% fewer women were killed in the first 10 months of 2020 than over the same time period in 2019 — the ministry did not offer statistics to support that claim.

Women's organizations continue to point out that violence against women is on the rise —especially during the coronavirus pandemic — noting that despite government claims of the opposite, no effective steps have been taken to rectify the situation. 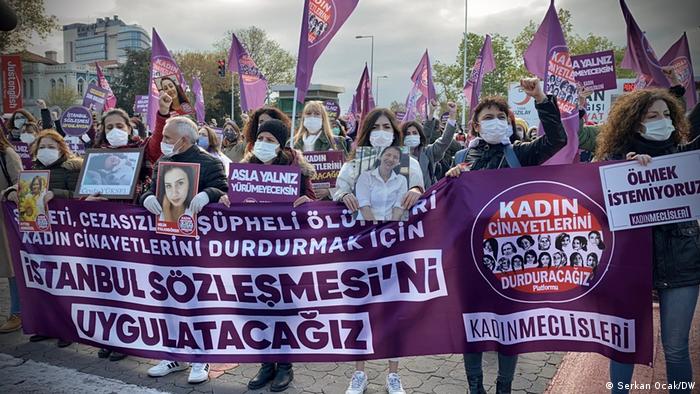 Moreover, the Turkish government has recently taken to voicing strong opposition to the so-called Istanbul Convention, a 2011 Council of Europe agreement calling for the elimination of violence against women, specifically domestic violence, and fostering gender equality.

According to Turkish President Recep Tayyip Erdogan, the agreement questions traditional gender roles and is "very wrong." That stance has enraged women across the country.

Too scared to send children to school

Aysel and her children lived in the women's shelter for eight months. After her husband found out that he would not have to pay alimony or child support, they agreed to a divorce. Aysel moved into an apartment she can barely afford with her children. The Turkish state provides €175 in monthly welfare and the family's rent is €110 — the tight financial situation means she can't afford to fix problems at home.

"I just with officials would come by one time and see how I have to live," she said.

Even after the divorce, Aysel has continued to live in constant fear and never feels entirely safe. A court order has been put in place to ensure that her ex-husband cannot access to her personal data but that order does not apply to their children. As a result, Aysel decided against sending her children to school. She was terrified that by registering them in school their father would find out where the family lives.

"I know he'd be there waiting for us as soon as he found out," she said.

"He was never punished and that is why he has nothing to fear," Aysel said. "He will just continue his violent ways. I wish someone would just tell me: 'He is not after you anymore, he'll never hurt you again.' That's all I want."

*The name of the woman in this story has been changed and her face hidden for her own safety.