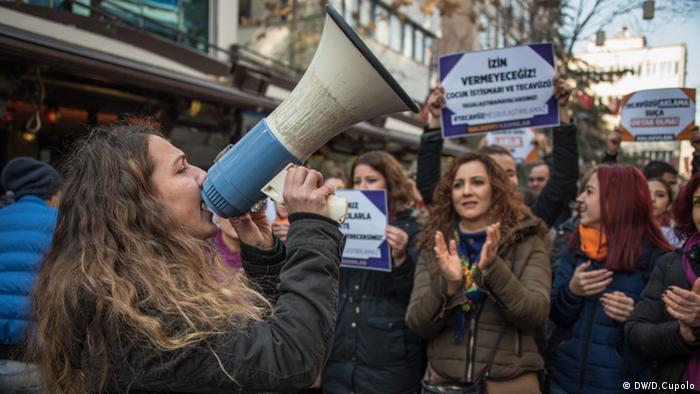 The controversial law that would pardon child rapists was supposed to pass without notice. Brought before parliament late Thursday night, the legislation did not appear on lawmakers' agendas and had been pre-approved by the nation's Divorce and Family Protection Committee.

Only when the proposal was read aloud during a plenary session did officials become aware of its existence, and opposition leaders moved quickly to delay its passage, said Senal Sarihan, an MP representing Ankara for the Republican People's Party (CHP), Turkey's second largest political party.

Based on a statute from 1926, the law would grant amnesty to men who had sexual relations with underage girls "without force, threat, trick or any other restriction of consent" before Nov. 16, 2016, on the condition that the perpetrator marries the victim.

Despite nationwide protests, lawmakers are expected to pass the proposal on Tuesday as Turkey's leading Justice and Development Party (AKP) holds a parliamentary majority and has come out in favor of the law, Sarihan said in a phone interview on Sunday.

"[This law] ignores the women's right to have a say on their body, that they are equal to men, and that they can make decisions for themselves," Sarihan told DW. "It is taking Turkey backwards and … it is against many laws and international conventions to which Turkey is a signatory."

The original statute was removed from Turkish law 11 years ago during EU accession talks and is being reintroduced in an effort to reunite families where males have been jailed for unknowingly breaking laws forbidding relations with girls 18 years old or younger.

Government officials argue such occurrences are not uncommon in rural areas and have said critics are twisting the proposal's original aims. While women's rights groups acknowledge the dilemma posed by rural marriages, many have claimed the law is too broad and could be loosely interpreted to force young women into unwanted unions with their alleged abusers.

For Cigdem Hacisoftaoglu, a volunteer lawyer working at Purple Roof, a women's shelter in Istanbul, the central issue is the definition of consent, which is not specified in the proposal.

"If a 60-year-old man and wants to marry a 10-year-old girl and convinces the family of this, will it be considered as the child's consent?" Hacisoftaoglu asked. "And if we talk about consent, when is the proper age for someone to give it? Nine? 11? 16? There is also no limit for the [perpetrator's age]." 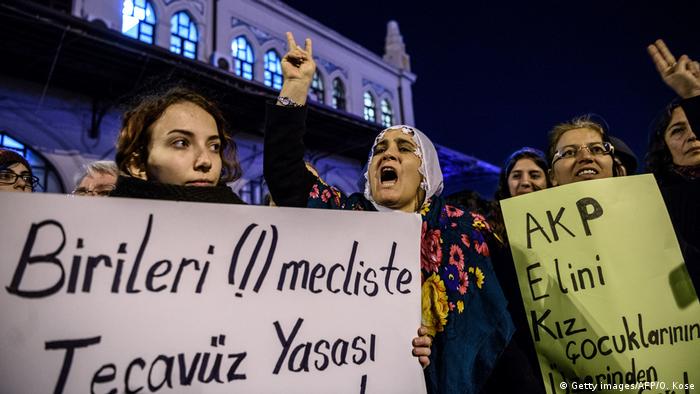 Hacisoftaoglu told DW that leaving such questions open to interpretation could prove dangerous for women. She cited Turkey's high-profile "Shame Case" in 2004, in which a 13-year-old girl was sold into prostitution in the southeastern city of Mardin and was forced to sleep with at least 26 men, some of whom were government employees.

During the case, defendants argued the girl gave consent because she did not resist their advances and did not inform police afterwards - and therefore they could not be convicted of rape.

The case was one of the first to be tried after Turkey's sexual assault code was aligned with EU standards, which requires a minimum punishment of 10 years for such acts. Yet defendants were tried under older legislation and received 2-5-year sentences, the shortest allowed at the time, for good behavior in court.

In addition, Hacisoftaoglu said the proposal reinforces a legal structure where women in Turkish society must depend on men for subsistence.

Ever since the proposal hit national airwaves last week, state-run media have been sharing stories of women who were left to raise their children without help because their husbands had been jailed for having sexual relations before the legal age. By presenting the bill in this manner, Hacisoftaoglu said the state is presenting the legalization of underage marriage as the only solution for women to take care of themselves.

"Why are these women not presented with alternatives?" Hacisoftaoglu asked, adding that educational programs and social services have been ignored in the debate. "The court system is based on the idea that only men can take care of women and there is no other way for a woman to advance in life."

Underage marriage is also being presented as a way to restore a family's honor if a daughter engages in sexual activity, wanted or unwanted.

In a society where honor killings are still prevalent, a legal union between perpetrator and rape survivor can be seen as an alternative to the shame brought upon a family by instances of sexual assault, says Emrah Kirimsoy, a representative of the Children's Agenda Association in Ankara.

"[The families] tell us, 'What is it to you?'" Kirimsoy told DW. "We need to break this vicious cycle."

On Tuesday, human rights groups stage a protest in front of Turkey's parliament in Ankara. Opposition lawmakers have vowed to vote against the proposal, and though AKP members can push it through by simple majority, CHP MP Senal Sarihan said progressive groups must work to derail the legislation.

"[The proposal is an attempt] to remove women from school, higher education, work and every active part of life and shift the country toward Sharia law," Sarihan said. "It will make women second-class citizens."