Merkel′s government delivers on promises, but voters aren′t convinced | Germany | News and in-depth reporting from Berlin and beyond | DW | 19.08.2019

The German government is working at a "record-breaking" pace according to a new study, but only 10% of voters agree. With state elections looming, time is running out for Berlin to convince the public it's doing its job. 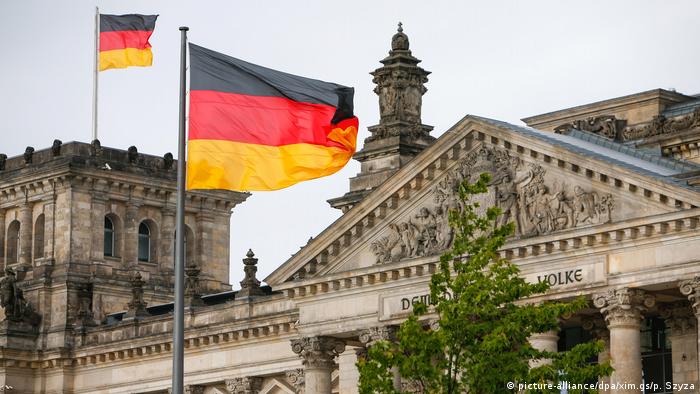 Just halfway through its term, German Chancellor Angela Merkel's ruling coalition has already implemented around 61% of its policy promises, according to a study published on Monday.

The authors of the study, carried out by the Bertelsmann Foundation and Berlin Social Science Center, said the current government was working at a possibly "record-breaking" pace in ticking off the goals laid out in its coalition agreement.

"We didn't evaluate whether what the government is doing is politically right or wrong," Robert Vehrkamp, one of the study's main authors and a senior advisor at the Bertelsmann Foundation's "Future of Democracy" program, told DW.

"We assessed the reliability of the government — and it is very high. The grand coalition is doing what it promised," he added.

At first glance, the study appears to be cause for celebration for the embattled grand coalition — comprised of Merkel's conservative alliance (CDU/CSU) and their junior partners, the center-left Social Democrats (SPD).

But a closer look at the results reveals a massive disconnect with voters — the vast majority of whom doubt that the government is delivering on its promises.

Progress not reflected with voters

Only 10% of voters surveyed for the study said they believed the government had kept the majority of its promises, meaning only a small portion of the electorate believes the government is performing at the rate it actually is.

Some 79% said they believed that the government has implemented under half of its pledges, or hardly any at all.

Even those who identified themselves as supporters of the CDU, CSU or SPD appeared to have a poor image of the government's progress. Only 20% said they believed the government had fulfilled all or a majority of its promises.

Out of the 296 promises identified by researchers in the coalition agreement, the Interior Ministry managed to completely fulfill the most promises, followed by the Health Ministry and the Ministry of Labor and Social Affairs.

Although those departments are areas where voters have been demanding action, the study suggested that it might be taking too long for voters to feel the effects in their daily lives.

"The government must clearly communicate what it actually stands for — and not just on the basis of nearly 300 individual promises," Theres Matthiess, study co-author and research associate at the Berlin Social Science Center, told DW.

"Just because a law is passed doesn't mean that changes can be felt immediately and sometimes there may be unintended consequences," she added.

Researchers also suggested that although the government has been delivering on the promises it made, those pledges might not reflect the actual wishes or areas of concern for voters.

State elections on the horizon

Monday's study was released just weeks before crucial elections in the eastern states of Brandenburg, Saxony and Thuringia — states where the ruling parties are expected to do poorly and where the far-right Alternative for Germany (AfD) is expected to excel.

Looking ahead to the elections, Vehrkamp said he hopes the study "will contribute to a more fact-oriented discussion."

Both Merkel's conservatives as well as the SPD have lost thousands of members and taken a major hit in state and European Parliament elections since the current grand coalition formed in March 2018.

The SPD in particular has seen a sharp drop in support, although the study found that the ministries headed by the center-left party have implemented the most pledges, and a good portion of what ended up in the coalition agreement was taken from the SPD's election program.

A Deutschlandtrend opinion poll in early August showed that only 31% of respondents said they were satisfied with the government's work.

For Matthiess, the study shows that there's a clear communication problem between the ruling parties and the voters, but it also dispels one frequent complaint about the coalition — that they're not doing anything.

"The parties are better than their reputations and cannot be branded as 'promise breakers,'" she said.