German lawmakers in the ruling coalition have settled a dispute over property tax reform. A bill is expected to be presented to parliament before the summer break. 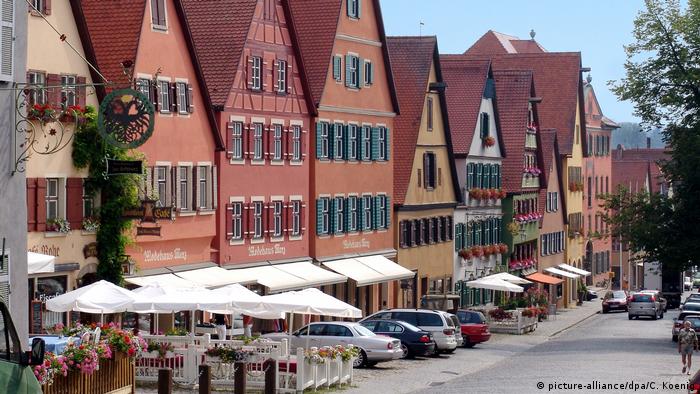 Germany's grand coalition has reached an agreement regarding property tax reform, according to a joint statement from coalition leaders on Monday.

The agreement on property tax reform came after a monthslong dispute. Finance Minister and SPD member Olaf Scholz had presented a value-based model for calculating property tax that would apply countrywide. But Bavarian and other CDU/CSU lawmakers wanted a system based on land area and demanded that the states have the right to deviate from federal requirements.

The details of the agreement have not been disclosed, but the document addresses "all substantial questions" in regards to property tax reform. The coalition intends to put the legislation up for debate in the German parliament before it goes on a summer break so the reforms can be implemented this year.

At 49.4%, Germany has the second highest tax rate among developed countries, according to data from the Organization for Economic Cooperation and Development (OECD). Property taxes make up around 2.7% of the tax share.

Property tax has been a hot button issue since Germany's constitutional court deemed the tax unconstitutional in 2018 because properties are taxed based on their value from the early 1960s (1930s in East Germany).

'Wall tax' up for discussion

Sunday's meeting, led by Merkel, was the first in which the SPD was represented by its interim leadership trio of Malu Dreyer, Manuela Schesig and Thorsten Schäfer-Gümbel.

The party's former leader, Andrea Nahles, stepped down at the beginning of June after the party suffered significant losses in May's European elections.

The coalition also reached agreements regarding the reduction of the country's so-called solidarity payment or "wall tax" — a surcharge originally introduced to finance costs caused by German reunification in 1990 after the Berlin Wall came down — as well as affordable housing and climate protection. Those pieces of legislation will be presented to the German parliament after its summer break.