The chancellor said Germans have a "duty" to stand up to right-wing extremists just as the resistance faced down Adolf Hitler. July 20 is the 75th anniversary of the failed assassination attempt on the Nazi dictator. 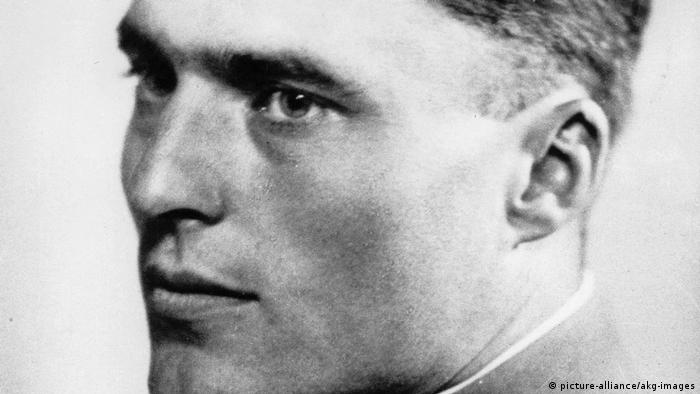 German Chancellor Angela Merkel on Saturday urged strong opposition from all sections of German society against the resurgence of right-wing extremism.

In her weekly video address, a week before the 75th anniversary of the assassination attempt on Nazi dictator Adolf Hitler, she paid tribute to those who opposed the Führer's rule, and took action.

"They followed their conscience and thereby shaped a part of Germany's history that otherwise would have been solely defined by the darkness of National Socialism," Merkel said.

"We, too, have a duty today to stand up against all those tendencies that want to destroy democracy," the chancellor added.

July 20 marks the anniversary of the 1944 bomb plot to murder Hitler and remove the Nazi Party from power. The attempt failed and Hitler survived with minor injuries. The plot's orchestrator, Claus Schenk Graf von Stauffenberg, and some 200 co-conspirators were executed.

Merkel said Germany owes them a debt of gratitude, noting that the country's post-war constitution may not have come into existence without such actions.

The chancellor also singled out the "terrible murder" last month of German politician Walter Lübcke, which prosecutors think was politically motivated by those with links to neo-Nazi extremism.

Lübcke had become a target of threats because of his support for Merkel's refugee policies.

The chancellor said his killing showed how important it was to support those who assume political responsibility — whether at the local level, as politicians or in non-governmental organizations and in society as a whole. "It requires a clear response from everyone."

All Germans were invited "to do their part in our society to ensure that democracy is strong, that civil society is strong and that right-wing extremism has no chance."

A politician has been murdered in an apparent execution-style assassination. German Interior Minister Horst Seehofer has described the attack as "right-wing extremist" in nature, saying it was "directed against us all." (18.06.2019)