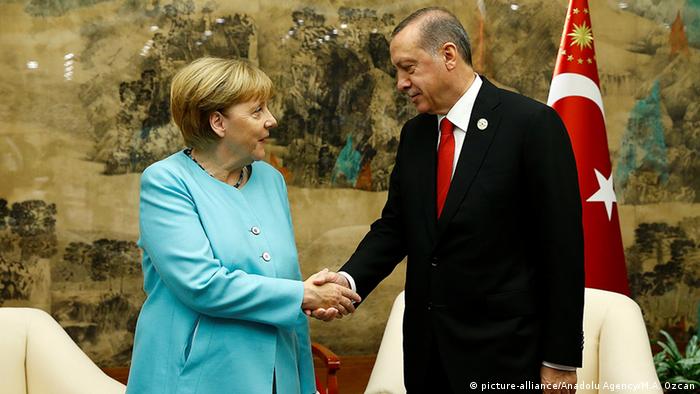 The meeting on the sidelines of the G20 summit on Sunday was the first time the two leaders had come face-to-face since the attempted coup staged by a rogue section of Turkey's military on July 15.

"The conversation was constructive," a German government spokesman said in the eastern Chinese city of Hangzhou.

After the meeting, Merkel said she sees a chance in the coming weeks for the EU and Turkey to resolve their disagreements over visa-free travel for Turks visiting the EU. She also said there would likely be "good news" in the next few days for German lawmakers who want to visit troops stationed in Turkey.

Relations between Germany and Turkey deteriorated in June after German parliamentarians backed a resolution recognizing the mass killing of Armenians at the hands of Ottoman forces in 1915-16 as genocide. In response, Turkey blocked German delegations from accessing Incirlik. The German government has since sought to defuse tensions, for example by pointing out that the resolution is not legally binding. The government in Berlin has not, however, publically distanced itself from the parliamentary resolution as a report in the German news magazine "Der Speigel" reported this week that it would.

Turkey, the Ottoman Empire's successor state, objects to the word "genocide," and says many Turks, as well as Armenians, were killed during the violence. 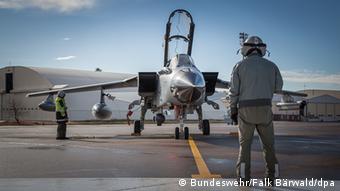 The five-year Syrian conflict has displaced millions of people, many of whom have fled to Europe and many more of whom are still in Turkey. Under a deal struck in March, Turkey agreed to help the EU curb migrant flows in return for several billion euros, visa-free travel for Turks in the bloc and the fast-tracking of EU accession talks.

Turkey on Saturday assured Europe it would uphold its side of the bargain, despite repeated threats over the past few months that it could pull out of the agreement. Ankara has accused the EU of dragging its feet on the question of visa-free access for Turks. Turkey's government also criticized what it called a lack of solidarity and support from European countries, including Germany, in the wake of the failed coup. After Sunday's meeting, it now appears that dispute could soon be put to rest. 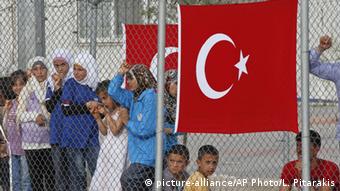 German Foreign Minister Frank-Walter Steinmeier on Saturday told reporters in Bratislava that Turkey and the EU appeared to be "entering a new phase of talking with each other instead of talking past each other."

He also acknowledged that German statements after the failed putsch had perhaps lacked the expected empathy, but he also warned Turkey against seeing every critique from Europe as an attack.

In a separate statement, US President Barack Obama also promised his country's aid to Turkey in bringing the people behind the attempted coup to justice.

EU foreign ministers are looking for ways to reconcile rights concerns while maintaining a key refugee deal with Ankara. Divisions have also continued over whether to keep up talks on Turkey's EU accession. (02.09.2016)