EU foreign ministers are looking for ways to reconcile rights concerns while maintaining a key refugee deal with Ankara. Divisions have also continued over whether to keep up talks on Turkey's EU accession. 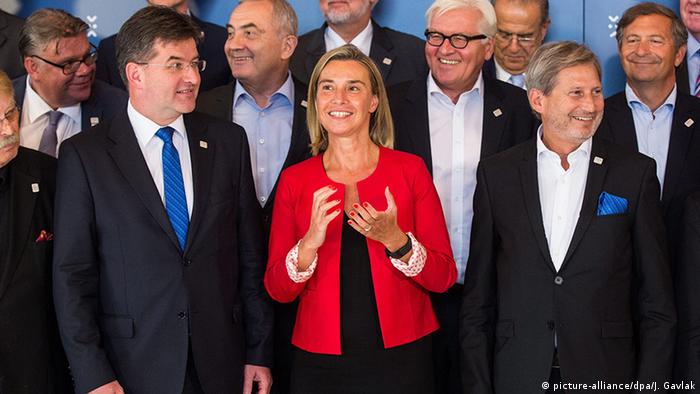 European Union foreign ministers gathered in Slovakia on Friday for two days of talks in which the currently strained relations between the bloc and Turkey will form one major focus.

The European Union is facing a moral quandary, with the bloc wanting to maintain pressure on Turkey amid its crackdown following a failed coup, while still keeping the country's cooperation on a pact that has drastically reduced the influx to Europe of refugees from conflict zones such as Syria.

Among other things, Turkey is pushing for visa-free travel for its citizens to the EU, threatening to walk away from the deal if its demands are not met. Brussels, for its part, says visa liberalization will come only if Ankara mitigates its purge targeting wide segments of society following mid-July's failed coup against President Recep Tayyip Erdogan.

"I am certain that we will demand that Turkey respect the principles of the rule of law in coming to terms with the aftermath of the coup," he told reporters in Berlin. 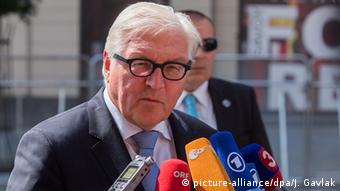 "The coup must clearly be condemned... But waves of purges, silencing those who think differently, is in our opinion the wrong way," he said in the Slovakian capital, Bratislava.

Austria is among the countries calling for the EU to drop ongoing accession talks with Turkey amid concerns over violations of democracy and economic worries.

However, Miroslav Lajcak, foreign minister of Slovakia, which holds the EU's rotating presidency, called for fence-mending with Ankara.

"It's not normal that after the failed coup when we expressed the strong solidarity with the elected leaders of Turkey, instead of getting closer to each other, there is mutual frustration," he said.

"Turkey is an important partner ... I expect that after tomorrow's meeting we will help to improve, normalize the atmosphere between the EU and Turkey," he added.

"Whoever attacks the stability of Turkey would attack the security of Europe, because currently Turkey is the one to halt the migratory flow to Europe" he said.

His Italian counterpart Paolo Gentiloni also struck a conciliatory tone, saying that some tensions were the result of "misunderstandings" and should be "slowed down."

"Other issues are very serious and so the support to Turkish authorities cannot be separated from our commitment to the human rights and the rule of law. We have to balance the two," he said, adding that he did not think it "helpful to say no to more negotiation with Turkey."

Brexit not a topic

The ministers are also to discuss counter-terrorism measures and developing the EU's global strategy at their talks in Bratislava.

However, one topic not up for discussion at this meeting is Britain's decision to leave the bloc as the result of a June in-or-out referendum. 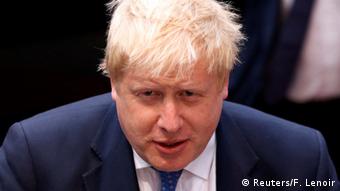 British Foreign Minister Boris Johnson nevertheless mentioned the topic in comments ahead of the meeting.

"We may be leaving the European Union, but we are not leaving Europe," he said, adding that Britain was "absolutely committed to participation in European foreign policy cooperation, and European defense and security cooperation."

Chancellor Angela Merkel has confirmed her confidence in her 'We can do this' commitment to managing the migrant situation. In a television interview, Merkel said European countries needed to do more. (28.08.2016)