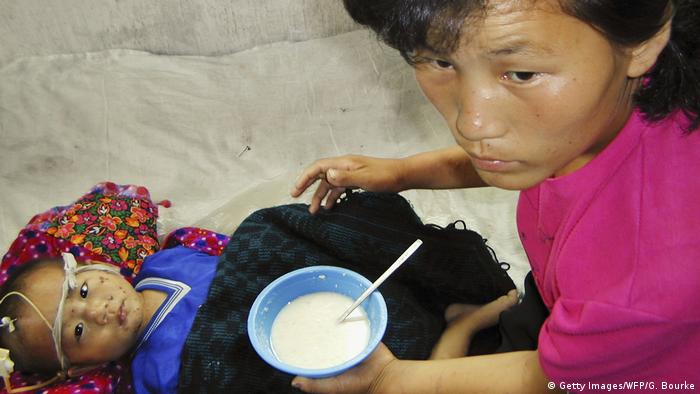 Hunger and malnourishment were reality in North Korea before the present deprivations.

Most North Korea experts agree that the economic situation in the country has become critical in the past 18 months. How critical is difficult to say, given that the already sparse flow of information from the isolationist state has been even more severely restricted since the pandemic hit.

Although long a place apart, COVID-19 pushed North Korea's isolation to extremes. Terrified of what the virus could do in a country without a viable health care system and where malnourishment is widespread, the regime quickly sealed off its porous border with China in early 2020.

For over a year, trade with the country it conducts 90% of its business with has collapsed. It has also meant that reliable information on life in the country has become harder for outsiders to obtain, given that transit in and out of North Korea has been practically nil since February 2020.

"Everything that we know is anecdotal," Lina Yoon, a North Korea specialist at Human Rights Watch, told DW. "I have been hearing that the situation is dire. Food accessibility is limited and people are having a hard time accessing daily necessities." 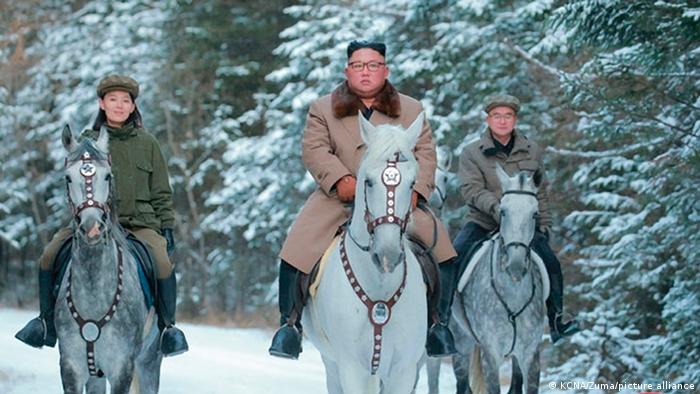 Staged moments such as Kim Jong-un riding a horse to Mount Paektu tend to distract from the serious issues in North Korea.

Michael Madden, a North Korean expert working with the Stimson Center and the research group 38 North, said there have been credible reports over the past year of elites within the country being caught illegally trying to sell their assets, such as gold or aluminum, at the now heavily fortified Chinese border.

"These are elite people looking out for their futures," he said.

Trade falls off a cliff

Based on what is known, the picture is bleak. Trade with China is critical for the North Korean economy, both in terms of exports as a way to bring in revenues and for essential imported goods to make their way to the population. North Korea does not release any economic statistics, but Chinese customs data in January showed that trade between the nations collapsed by 81% in 2020, down to a measly $539 million (€442 million) for the year.

Fitch Solutions, one of the few analyst firms to study the North Korean economy in detail, estimates that GDP fell by 8.5% in 2020. While much of the rest of the world experiences sharp rebounds in 2021, that's unlikely to be the case in North Korea. Fitch estimates a 0.5% rise this year, perpetuating the heavy losses of the pandemic.

Not everything can be leveled at the virus though. Heavy flooding in 2018 badly hit the country's already weak agriculture sector, while international sanctions in 2016 and 2017, in response to the North's nuclear activities, also took a serious toll.

The specter of famine

North Korean leader Kim Jong-un has repeatedly referenced the seriousness of the country's economic situation. At a rare meeting of the country's ruling party in January, he said his five-year economic plan had failed "in almost all areas to a great extent." 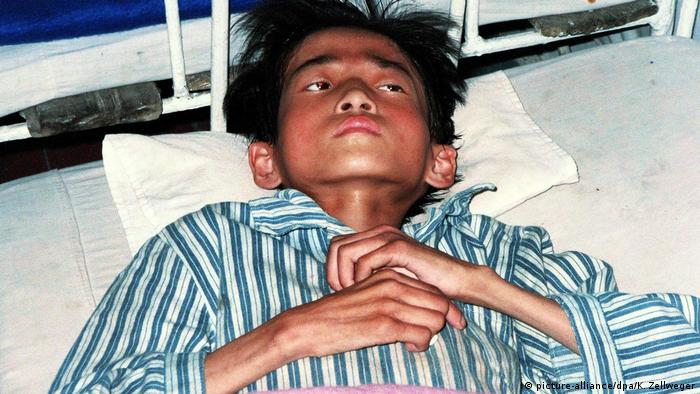 A severly malnourished 15-year-old lies in a hospital bed in Wonsan City, North Korea. Up to 3 million may have died in the North Korean famine of the 1990s.

Just last month, the authoritarian leader called on the population to be ready for another "Arduous March" — a euphemistic propaganda term that the regime uses to refer to the disastrous famine of the mid-1990s, in which it is believed between 1 million and 3 million people died of starvation.

Madden said the regime has used the pandemic as an excuse to tighten social controls on the population. He said he also suspects that referencing events such as the famine has a clear political intent.

"Maybe because North Korea is going to do something where they are going to be sanctioned," he told DW. "Maybe they will do some big-ticket WMD testing this year.

"So they use COVID and all these restrictions and now it's a case of 'you weren't eating three bowls of rice last year because of COVID and you got used to two. Well, get used to two.' It is a matter of lowering expectations so that they live under greater political control."

According to some sources, two bowls of rice a day may even be an overstatement. In June 2020, the UN's World Food Programme warned that up to 40% of the population needed humanitarian aid and that the pandemic's deprivations had compounded an already serious malnutrition crisis in the country.

Lina Yoon said that even in good times, North Korea needs to cover its requirements with imports from China.

"When you go to a market in a border town (Chinese border), out of all the daily necessities around 90% are from China. But those products are probably not there anymore," she said. 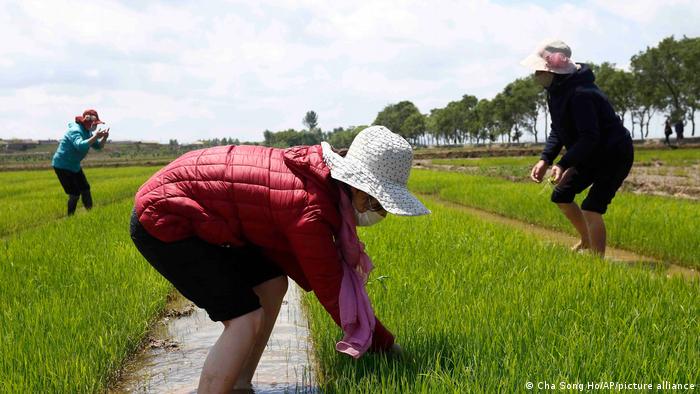 This pastoral scene from May 2021 is for propaganda purposes and the reality is starkly different.

She said this present period, when almost all the stored food from the previous harvest has been used, and before the new summer harvest has been gleaned, could be the hardest for ordinary citizens in the country.

On top of the shortages as a result of closing trade, there are also reports that the tightened social controls have extended to banning farmers from cultivating even their own small plots of land, known as sotoji.

According to Rimjin-gang, a website dedicated to covering North Korea, these plots have been a crucial source of food and income in the post-famine period, but the regime has reportedly cracked down on them amid the overall tightening of controls.

According to news agency Reuters, there are tentative signs that North Korea will soon ease the trading restrictions with China, which would go some way to easing the severe shortages in the country of 25 million people.

However, even if trade were to return to normal at any point in 2021, it is unlikely to stave off bigger problems for long, according to Madden.

"There is some serious fundamental dysfunction going on within the North Korea power and decision-making centers at the moment," he said. "That plays into the economy and how they are making decisions."