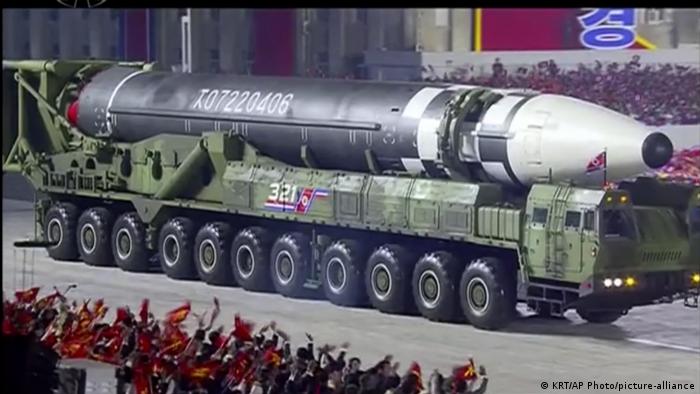 North Korea held a massive military parade on Saturday to celebrate the ruling party's 75th anniversary, showing off what appeared to be a giant new intercontinental ballistic missile (ICBM).

Edited footage from state television showed an ICBM on a transporter vehicle with at least 22 wheels, larger than anything previously displayed by the nuclear-armed country.

It was the first time since 2018 that North Korea has shown ICBMs at a military parade.

Leader Kim Jong Un spoke to a large crowd of unmasked soldiers in Pyongyang's Kim II Sung Square in the pre-dawn event that appeared to breach all social distancing norms.

He warned that his country would ''fully mobilize'' its nuclear force if threatened, though he avoided direct criticism of Washington during the event.

Kim said the country's continuing efforts to develop its nuclear deterrent were necessary for its own defense, adding that his government wasn't targeting any specific country with its military force.

He also spoke about international efforts to combat coronavirus.

"I wish good health to all the people around the world who are fighting the ills of the evil coronavirus," he said in a speech broadcast on state television. He added that "not a single person" in North Korea had contracted COVID-19 since the outbreak of the global pandemic earlier this year.

Read more: Fake news on both sides of the inter-Korean border is the norm

Pyongyang closed its borders with neighboring China in January in a bid to protect itself from the disease. 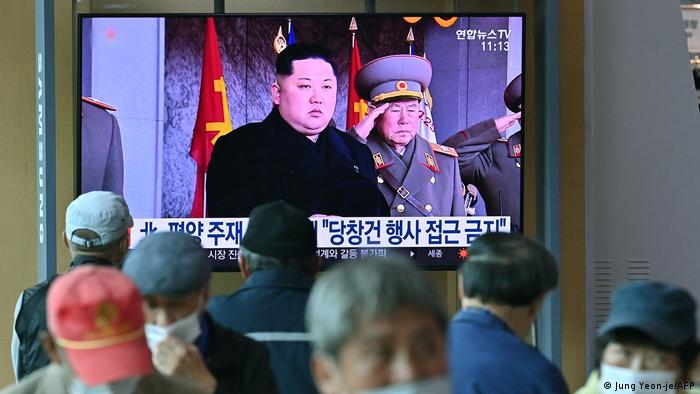 Earlier in the day, state media reported that North Korean had been lining up to lay flowers at the statues of Kim II Sung and Kim Jong II, the father of the current ruler.

Posters across the capital carried the Workers' Party's symbol — a hammer, brush and sickle — with the slogan that read "Best glory to our great party."

This year's anniversary comes amid deadlocked nuclear negotiations with the US Trump administration and a tanking economy. Talks have faltered over disagreements on disarmament steps and the removal of sanctions imposed on the North.

The death of a goverment employee was an unfortunate event that should never happened, North Korean leader Kim Jong Un has said. Troops reportedly shot the man more than 10 times as part of coronavirus control measures.

Military officials from the South say that troops interrogated, shot and then burned the body of a government employee found in North Korean waters. Seoul said the man may have been trying to defect.