Media bias a problem in Ukraine reporting | Europe | News and current affairs from around the continent | DW | 16.04.2014

One-sided? Superficial? Russia sympathizers and Russia critics report on Ukraine in the German media - and about the difficulty of remaining neutral in reporting. 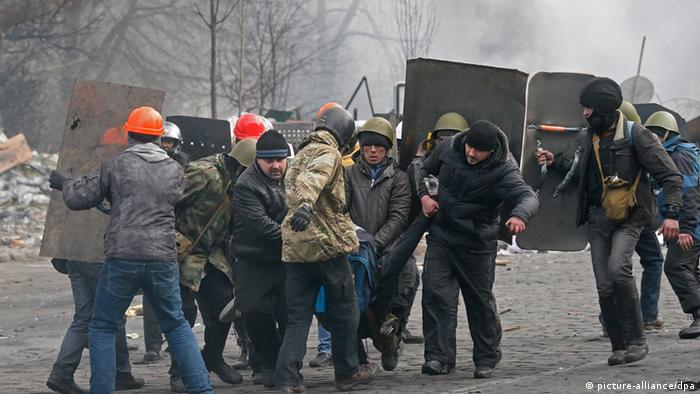 At first, the German media were full of classic images of revolution: Peaceful demonstrators struggling for weeks in a protest camp for a better Ukraine. Anyone following the news in Germany when the Ukraine crisis began last fall heard more or less the same message from all the media channels: Pro-European protesters were fighting against a corrupt president, Viktor Yanukovych, whose loyalties lay with Russia. The division into "good" and "evil" seemed clear.

But the conflict wasn't as clear-cut - neither then nor now. "All the reporting is dominated by black-and-white positions - one way or the other," criticizes Hanno Gundert, managing director of N-Ost, the Network for Reporting on Eastern Europe. 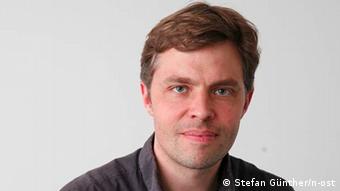 He says the interests in the Ukraine conflict have been unclear from the beginning. Journalists' reports hardly gave a sense of the complexity of the situation.

Few journalists left the Maidan to get a broader picture of the situation in the country. Indeed, many Western media representatives stayed at the Hotel Ukraina right on the square. It became a kind of "opposition press center."

An east-west conflict in the media

"It was seen as a civil society protest against an evil ruler," Simon White, a political scientist at the University of Heidelberg, said in an interview with DW. Especially in the first phase of the protests, he said, coverage invariably followed the same pattern: "Here is the West, and there is the evil ruler, backed by sinister Russia - This is progress against corruption." The German media, White said, initially presented "a very similar point of view" to that of the German government on the conflict in Ukraine - namely, one that was one-sided and unbalanced.

A report by German public radio drew the same conclusion: It analyzed the news broadcasts from the main public television station, Das Erste, for a week each in November, January and February. The result: Nearly 80 percent of the interviewees were government opponents. A popular interlocutor was former boxing champion Vitali Klitschko, who was made out to be something of a towering figure. In reality, he is one of several opposition leaders. Were the media taking sides? Many readers and viewers gradually came to get this impression, White said.

As the crisis progressed, the images in the messages changed. After the situation on the Maidan escalated and the Yanukovych government was finally overthrown at the end of February, the name "Svoboda" suddenly appeared in reporting. 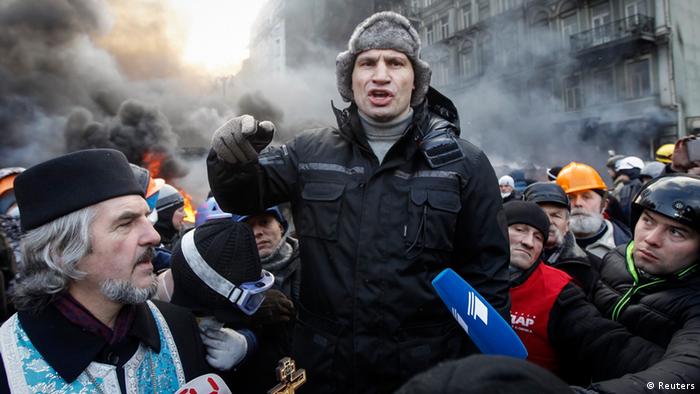 The ultra-nationalist party is now even involved in the transitional government. Soon the narratives in the German media were different: the flags of the controversial party previously flew without comment in the background of TV screens, but now all the attention was directed toward it.

"This pro-Maidan discourse then broke down and more critical voices were heard," said political scientist Simon White. Was this evidence that the correspondents were finally taking a closer look? Gundert remains skeptical: "The far right was over-represented - and thus discredited the whole movement." But by this time, a new actor had emerged in the media spotlight: Russia. The dissipation of the opposition's aura couldn't have come at a better time for the Russian president.

Since Vladimir Putin annexed the Black Sea peninsula of Crimea, the Ukraine conflict has mostly been about Russia. The further the crisis has expanded, the more personal the reporting has become. For example, the newsmagazine "Der Spiegel" in March ran a cover story "The arsonist - Who will stop Putin?" In many reports, Putin is portrayed as brutal and ruthless. 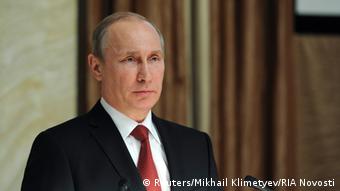 Russian president,Vladimir Putin is now the focus of attention

Putin against Europe and America, East vs. West: This is the rhetoric of the Cold War. But this is not all that is spreading in the media. "It is striking how the Russia sympathizers and Russia critics accuse each other of imbalance," Gundert said.

Many see the culprit in Putin. Others call for more understanding of Russian sensibilities. He criticizes a partially unreflective acceptance of arguments from Russian propaganda. For example, that NATO had promised not to accept new members.

Even now, the escalating conflict over separatists in eastern Ukraine shows that nuanced reporting is rare. In such a complex conflict situation, it is simply not always possible to clearly identify the facts. It is not always possible to say clearly: This is a report by "RT," the Kremlin's official English-language channel - and thus for the Western media, not a reliable source.

Likewise, Germany's public broadcaster ZDF was accused by the newspaper "Der Freitag" of drawing on information supplied by a Ukrainian PR agency that had organized the press conference of the transitional government in Kyiv. ZDF dismissed the allegations as baseless.

Amid all the concern for the European security architecture, there's one thing German reporting should not forget: "The discussion should go beyond Ukraine," Gundert said. In the face of Russian involvement, Ukraine is no longer the main story.

Pro-Russian activists in eastern Ukraine are demanding federalization. Moscow argues the move would unite Ukraine. The government in Kyiv fears the opposite would be the case. (15.04.2014)

The Donbas is Ukraine's industrial heartland. But its coal-based economy is a heavily-subsidized millstone for Ukraine, not a powerhouse, no matter how important its arms exports might be to the Russian military. (15.04.2014)