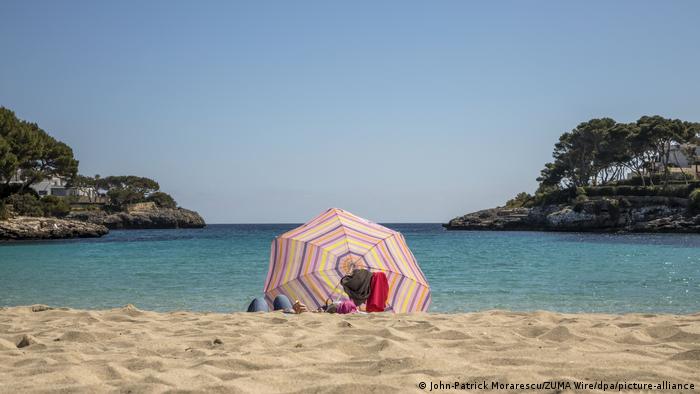 It does seem a little awkward to Elaine, 26, and Enrico, 28, that they can now lie on a beach in glorious sunshine while the number of COVID-19 infections is skyrocketing back home in Germany.

"We just had to get away," say the two Berliners. They prefer not to reveal their last names. "You get dirty looks at the moment when you say you're going to Mallorca."

That's why they've told hardly anyone about their vacation plans. "We've had some discussions about it in the family, too," they say. "We've been accused of going on an ego trip with this vacation."

A couple from near Munich that is enjoying the sun a little way away also prefers to remain anonymous. "We deliberated back and forth for a long time about whether we should really come," the two say. "If we're honest, we know that you should actually stay where you are. Until the virus is eradicated." In the end, however, the desire to ride a racing bike across the Spanish island again prevailed. The water is still cold and the beaches in Mallorca rather empty.

A man from Aachen, who also does not want to reveal his name, has little understanding for the controversy surrounding the spontaneous trips to Mallorca by thousands of German holidaymakers in recent days: "Those debates give the impression that all sorts is going on here."

But the picture that is being painted doesn't correspond to reality, he says. "There are no parties anywhere here," he notes, pointing to where the notorious Ballermann party bars are located, which are, indeed, still completely barricaded ― as they have been for months. Only a few restaurants and cafes are open. Until 5 p.m., guests can be served here on the terrace. After that, they have to close up shop.

Strict restrictions, even for holidaymakers

With these kinds of anti-coronavirus rules, the Balearic government has recently managed to reduce incidence levels to such an extent that the German government lifted the travel warning for the island, and with it the quarantine requirement for returnees, on March 14 ― after which tour operators increased the number of flights they offered and saw a spectacular increase in bookings. There are contact restrictions, a general requirement to wear a face mask in public, and a curfew between 10 p.m. and 6 a.m. Domestic travel without a valid reason is also currently banned in Spain.

However, the Balearic government is not entirely comfortable with the fact that more foreign vacationers are now flocking to the island again. There is great concern that infection numbers could increase again. That is why strict restrictions also apply to tourists. For example, each of them must present a negative PCR test upon entry and thena negative antigen test before returning home, even though Mallorca is no longer considered a risk area. "If I always had to go through this for every vacation, it would bug me," says Enrico as he brushes the sand off his feet. "This time, though, we'll put up with it."

A few streets away, Tina Ferrer is welcoming the first German vacationers on Mallorca since last summer. A bus has just stopped in front of the Hotel Riu Festival and now the package holidaymakers are checking in. 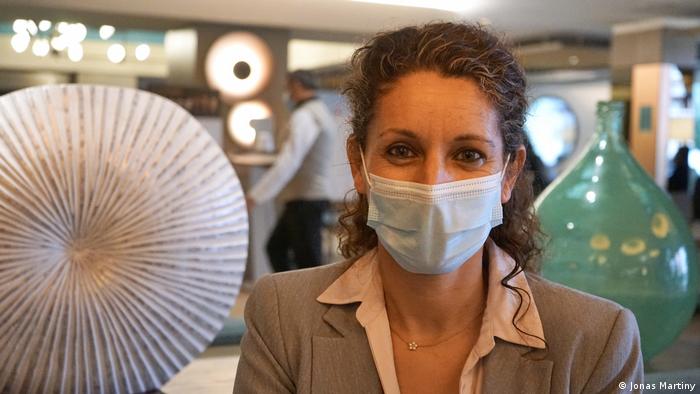 The director herself shows them around and explains the hygiene concept: Disinfect your hands, keep your distance, wear a mask. A thermal imaging camera at the entrance shows if someone is running a fever.

Within a few days, the workload has more than doubled, says Ferrer. The uncertainty, however, is still great, she says. "Germans usually like to already book their vacation for next year." That changed during the pandemic, he says. Now, most people come on short notice. To eliminate any last misgivings, Riu is offering free cancellations. "It's a risk for us, of course, but there's no other way." 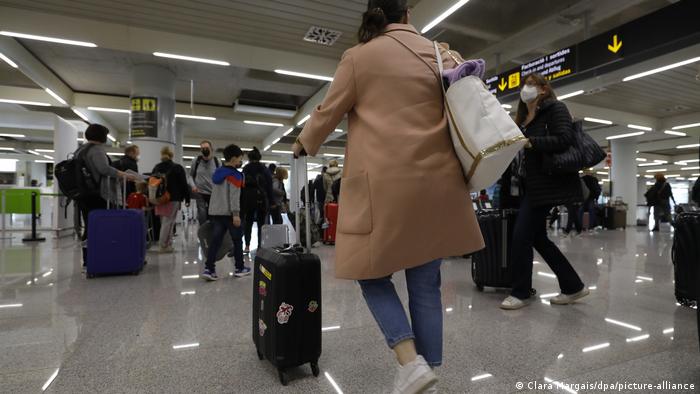 Holidaymakers from Germany are arriving for their Easter vacation on Mallorca

The rush is more of a trickle

Mallorca's hoteliers are expecting 40,000 German holidaymakers over the Easter holidays, according to reports in the island's media. Sounds a lot, but it is not. During the Easter week in 2019 ― before COVID, that is ― more than a million passengers were processed at the island's airport in the same period. In truth, the rush is more of a trickle.

At least that's how Juana Sanchez sees it. She runs a souvenir store right next to the cathedral in Palma and is pretty desperate. "Today I sold nothing, nothing at all," she says. For more than a year now, she has made virtually no sales. "The outlook is bleak for me. We're all heading for ruin." 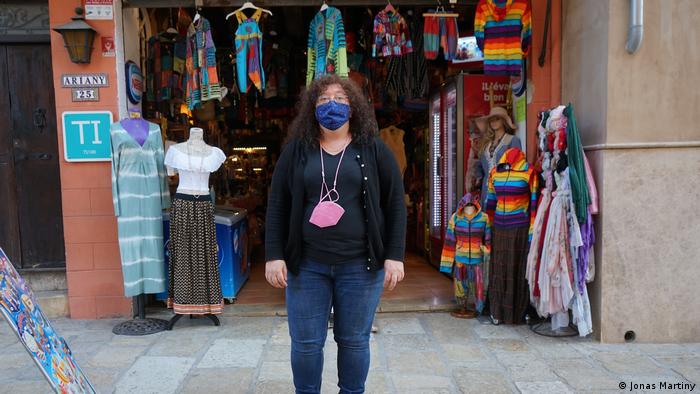 The absence of vacationers has indeed hit Mallorca's economy hard. Representatives of hoteliers, restaurateurs, retailers and many other industries that are also largely dependent on tourism have been portraying the situation in the gloomiest of colors for months. Hundreds of companies are on the verge of bankruptcy; the unemployment rate is at record levels. If no vacationers come, then almost everything on Mallorca grinds to a halt. Last year, the number of tourists was 80% below that of the previous year. 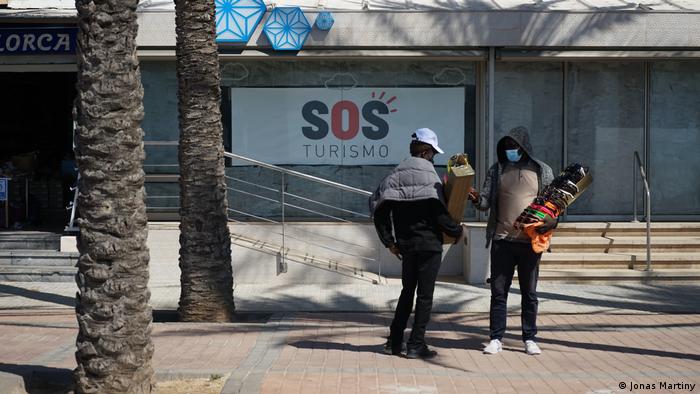 Mallorca's tourism sector has sounded the alarm: Sunglass sellers at the Playa de Palma wait for vacationers to appear

A total of 150 guests for the entire year

Bernd Hartmann is also feeling the effects. "We had 150 guests in 2020," says the Frankfurt native, who runs the Hostal Alce on the Playa de Palma. These days, too, the rooms are still all empty. Actually, it would be better to wait a few months now, he believes, so that tourism could then really get going again in the actual high season. "So that there's not the same chaos as last year."

Back then, the Balearic Islands had let holidaymakers back into the country early, whereupon the number of infections rose rapidly. The German Foreign Ministry subsequently issued a travel warning for the islands in August ― which was tantamount to the end of the tourist season "We have had a few reservations for June and July," Hartmann says. "People are still very cautious, though." He anticipates another tough year.

So the usual tourist trade will most likely not return to Mallorca until 2022. Elaine and Enrico are also hoping for this, and they definitely want to come back then. "We go to Mallorca every year." Maybe then they can return here without feeling guilty.

While most of the country is again considered a coronavirus risk area, the Canary Islands are hopeful for the winter season. Still the Spanish economy needs to rethink its strong reliance on tourism.