The budget airline has responded to an influx of bookings by expanding its services. On Friday, German health authorities eased travel warnings for some parts of Spain. 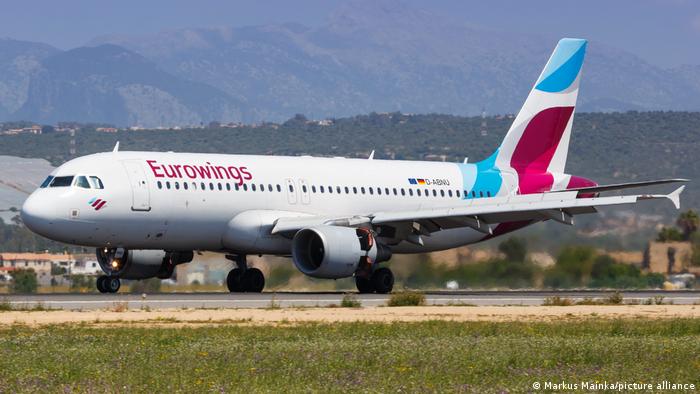 Eurowings said on Sunday it was laying on extra flights to Mallorca over the Easter period after a surge in bookings, prompted by the lifting of restrictions by German health authorities.

Germany's Robert Koch Institute for infectious diseases (RKI) said on Friday that it was removing six regions in Spain — including the Balearic Islands — from its "risk areas." This came into effect on Sunday.

As a result, Germans rushed to make a quick getaway to Mallorca over Easter a top priority.

Germany-based travel operator TUI reported that it had doubled the number of bookings to the island, in comparison with its 2019 figures.

And Eurowings said on Sunday that many flights were booked out within hours of the RKI announcement. Lufthansa's budget airline responded to the rush by expanding its services, adding another 300 flights to Mallorca over the Easter period at the beginning of April.

Nevertheless, passengers will require a negative coronavirus test result before traveling and the German Foreign Ministry is still advising, though no longer warning, against nonessential tourist travel there.

Germany's own lockdown is set to stay largely in place until at least March 28, and prospects of further relaxation are uncertain as infections are rising again.

Hotels in Germany haven't been allowed to accommodate tourists since early November.

Reports of coronavirus vaccines causing lethal side effects have been making headlines. DW looked into these reports in eight different countries.

Physician Winfried Stöcker developed and produced a coronavirus vaccine in his lab and administered it to volunteers — without getting it approved first. Criminal proceedings against him are now underway.