Chinese machine tool companies have boosted their exports to Russia, while other competitors have to adhere to the sanctions in place over Moscow's perceived role in the Ukraine conflict. Germany is losing out. 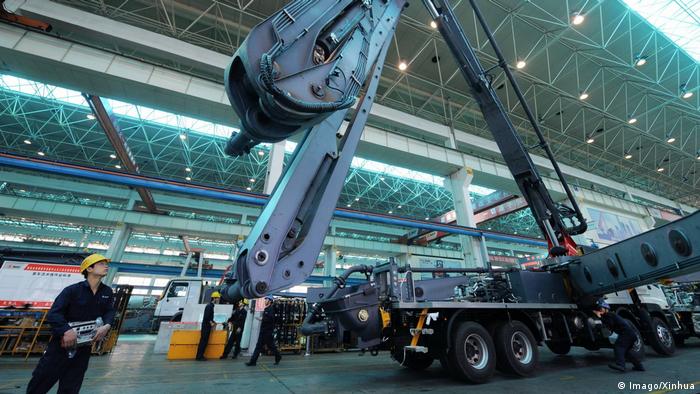 The trend reversal had been expected following EU economic sanctions imposed against Russia over its perceived role in the Ukraine conflict and the annexation of Crimea.

"Chinese suppliers are clearly at an advantage at the moment," VDMA's Monika Hollacher said in a statement. "They don't have to grapple with any sanctions and, when needed, provide their own financing offers to boot."

Shipments to EU nations picked up by 0.4 percent, the VDMA group said, while the picture was largely negative with regard to major emerging economies. Chinese exports of machinery to Brazil plummeted by 31 percent last year, while shipments to Saudi Arabia decreased by 27.4 percent.

By contrast, annual exports to Russia were up a staggering 70.3 percent, suggesting that Chinese manufacturers made the best of an unexpected market niche following the West's sanctions.

It's worth noting, though, that the steep jump last year came on the back of a marked 23-percent dip in 2015.

China exports surge amid trade spat with US

China has reported better-than-expected trade data for January, pointing to greater demand both at home and abroad. The fresh figures came as Beijing prepared for likely trade stand-offs with the US president. (10.02.2017)