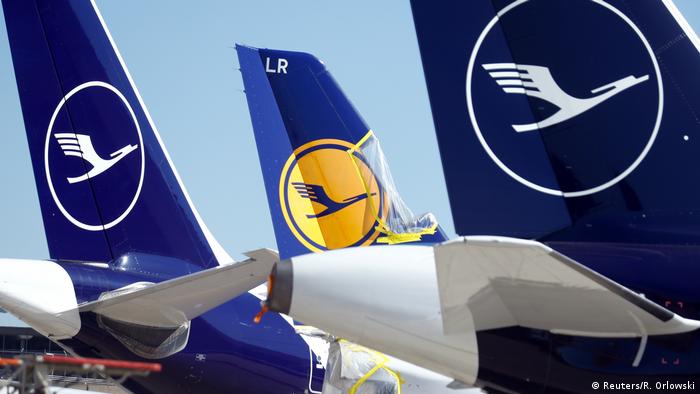 Lufthansa's supervisory board said on Monday it had accepted an agreement reached with Germany and the European Union to rescue the struggling German airline.

Negotiations went on all of last week and a pact was agreed late on Friday night. The decision still has to officially be ratified at a general meeting of the group on June 25.

"There is a difficult path ahead for Lufthansa," said board chairman Karl-Ludwig Kley.

"Together with the German federal government, it must be our goal to maintain our leading position in global air transport," said Lufthansa CEO Carsten Spohr. He also offered gratitude to Lufthansa customers, employees, and shareholders.

Part of the deal involves ceding take-off and landing rights to competitors at major hubs in Frankfurt and Munich, as well as giving up aircraft to competitors.

Read more: Opinion — Lufthansa bailout shows Germany has learned nothing from the pandemic

Ground staff at Germany's largest airline Lufthansa have begun a strike which has forced the company to cancel over a thousand flights. Trade unions representing ground workers are demanding a pay increase to cope with rising living costs and a heavier workload.

German airline Lufthansa has said it is canceling over 2,000 additional flights at its Frankfurt and Munich hubs due to staff shortages. Its low-cost subsidiary, Eurowings, is also expected to cancel flights.