Airline giant Lufthansa said it cannot approve a German state rescue over fears that conditions imposed by Brussels would be too harsh. The aid package must still be cleared by the European Commission's competition arm. 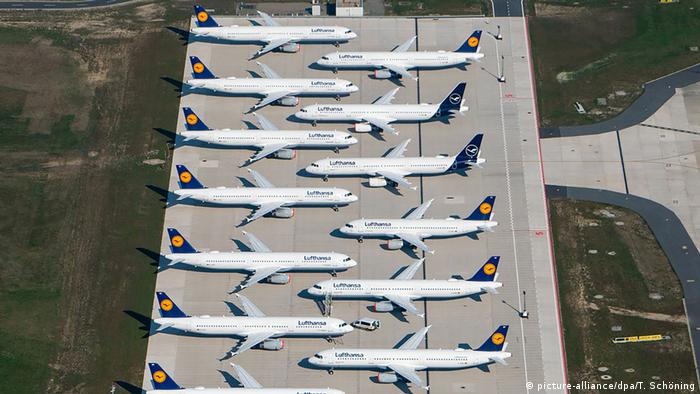 Coronavirus-hit airline Lufthansa on Wednesday said its supervisory board was "unable to approve" a €9 billion ($9.9 billion) rescue plan from the German government because of fears that conditions imposed by Brussels over accepting the support might be too stringent.

"Conditions currently indicated by the EU Commission ... would lead to a weakening of the hub function at Lufthansa's home airports in Frankfurt and Munich" and must be "analyzed intensively," the company said in a statement.

"Against this background, the Supervisory Board was unable to approve the stabilization package in connection with the EU conditions."

The airline, Germany's national carrier, is losing huge amounts of cash as the coronavirus pandemic has grounded most of its flights.

Following weeks of negotiations, the German government and Lufthansa struck a deal on state aid on Monday, including secured loans and a 20% government shareholder stake in the airline.

But first, EU competition regulators must evaluate whether the government aid package restricts competition in the European aviation sector.

Budget airline Ryanair said Tuesday it would contest the package, claiming that government-backed aid would make it harder for no-frills carriers to compete in short-haul markets to and from Germany.