Lost in Belgrade: Iranian refugees head to Serbia as tourists | Europe | News and current affairs from around the continent | DW | 12.04.2018

Lost in Belgrade: Iranian refugees head to Serbia as tourists

For months now, Iranian tourists have been able to enter Serbia visa-free. Once there, many hope to make their way through the Balkans to northern Europe. But for thousands of travelers, the dream ends in a refugee camp. 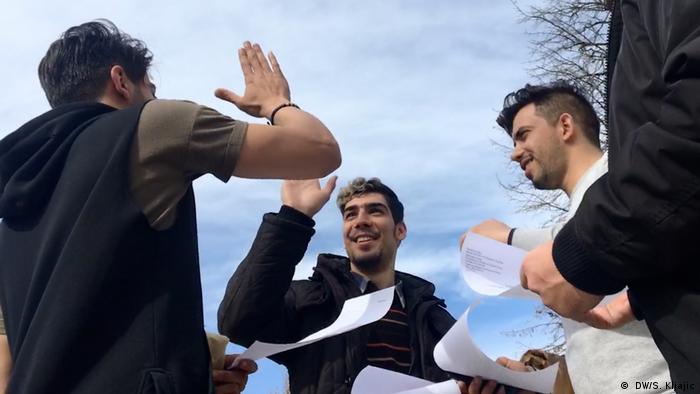 Arash has spent the past four nights sleeping in a Belgrade park, 3,700 kilometers (2,300 miles) from home. He is happy that soon he will have a roof over his head — in a refugee shelter.

"I was born and raised in Tehran, like my friends," he says. Arash and his four young companions arrived in Belgrade just a few days ago. "We decided to leave Iran. First we traveled to Turkey and from there to Serbia, because Serbia is better for reaching the EU."

Iranians can enter Turkey without a visa. That is why the country is often the first stop for many young people from Iran trying to make their way to the European Union. From there, they often fly to Serbia. Iranians have enjoyed visa-free travel to Serbia — an EU accession candidate — since 2017 as part of an effort to boost tourism and foreign investment. 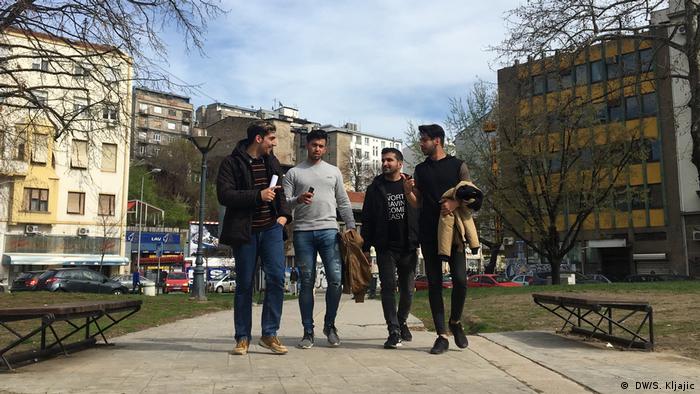 More and more Iranians are traveling to Serbia

"Serbia is a very popular travel destination right now," says Somayeh, a young travel agent in a wealthy Tehran neighborhood. "Our customers really get around: Thailand, Dubai, India, China. They are happy they can now travel to southeastern Europe without a visa." Such curious travelers belong to a small, well-heeled segment of Iranian society. Arash and his friend do not.

Looking for a better life

The gap between rich and poor in Iran is very wide. According to the International Monetary Fund, unemployment is 12 percent and estimates suggest that youth unemployment is at least double that. Economic and political dissatisfaction is especially high among young Iranians. Arash and his friends Afshin, Mehran and Saeed say their lives were "somehow threatened" in Iran.

Afshin introduces himself and the others as a Gonabadi Dervish, part of a religious minority persecuted in Iran. "My life was in danger, I had to leave the country." Saeed says: "Everyone knows how we live in Iran. There is no freedom. They wanted to cut off my ear because I had it pierced. I have no future there."

"It is an open secret that human traffickers operate in the park and along this street," says Stevan Tatalovic from the organization Info Park in Belgrade. He advises migrants on their way to northwestern Europe. According to Info Park, more than 6,000 Iranian "tourists" have come to Serbia since visa restrictions were lifted. Many of them, however, have no intention of returning home. 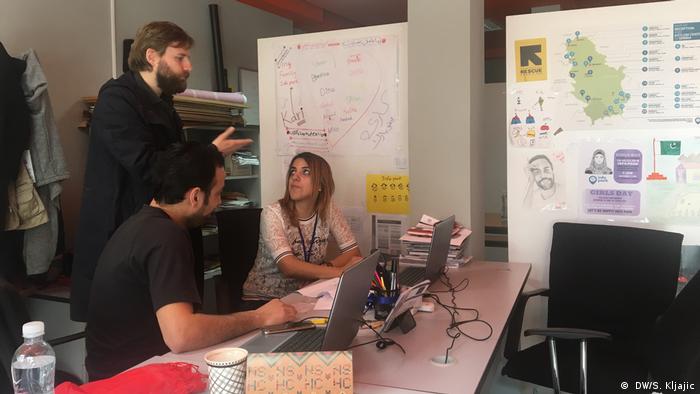 "They arrive as tourists and then try to get in touch with human traffickers to get them where they actually want to go," says Tatalovic. But that plan doesn't always work. The number of Iranians who have applied for asylum in Serbia has steadily risen since visa restrictions were lifted: From 290 in November 2017 to 431 in March 2018. Arash and his friends have also applied for asylum. That is why they are now allowed to sleep at the Presevo refugee camp in southern Serbia.

"Most Iranians don't know anything about Serbia. The only thing they know is they don't need a visa to get here," says Tatalovic. "Nevertheless, they are well-informed as to how they have to present themselves to get asylum. Most claim they are victims of political or religious persecution. Some of those traveling to Serbia are also LGTBQ. Still, when authorities start digging deeper, applicants often fail to wholly convince them of their situation. Most asylum requests are denied."