European Commission President Jean-Claude Juncker is visiting six western Balkans states hoping to join the EU. He has told DW that the key to accession progress is focusing on substance over speed. 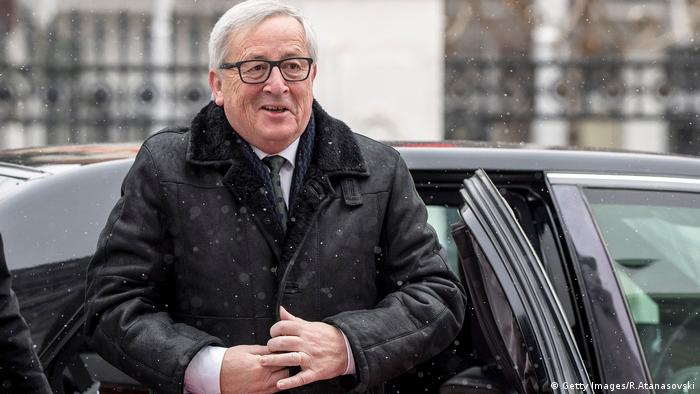 DW: People in Serbia, Montenegro, Macedonia, Albania, Bosnia-Herzegovina and Kosovo have high hopes of joining the European Union sometime in the foreseeable future. When will these states actually be ready to accede?

Jean-Claude Juncker: In Macedonia, or rather in the FYROM (Former Yugoslav Republic of Macedonia) which is the diplomatic term, I noticed people are making great progress toward joining the EU. But I promised no one an accession date. I didn't give states that are not yet negotiating a date to begin negotiations. I'm not interested in fixing dates on a calendar as much as in substance. I care about dates, but not to the point that I would forget the substance in talks. The Macedonians understood my point of view, the Albanians not as much, but then again, Albania isn't negotiating yet. In April, we will make recommendations — but at this point, I can't say what they will be. I need to see some progress on substance. That is something we will have to have checked by April.

The Albanian population is particularly supportive of joining the EU. Do they still need convincing?

I don't have to convince the Albanians to become EU members. But in Albania as elsewhere, I have to point out that the accession conditions must be met — which means the western Balkans states must drop their border conflicts. We can't import border conflicts into the EU. We must bring stability to the region, but instability can't be what we get in return.

What do you plan to tell people in the region, what do they need to know about the EU?

That is quite complex. I feel it is important to make it clear that the EU is not a club of economic powers out to enrich themselves. Of course we want prosperity for everyone, but it is important to make this strikingly difficult European region understand that the EU is also a community of values. The constitutional state, human rights, press freedom — these are all topics I sometimes have to explain a bit more thoroughly. 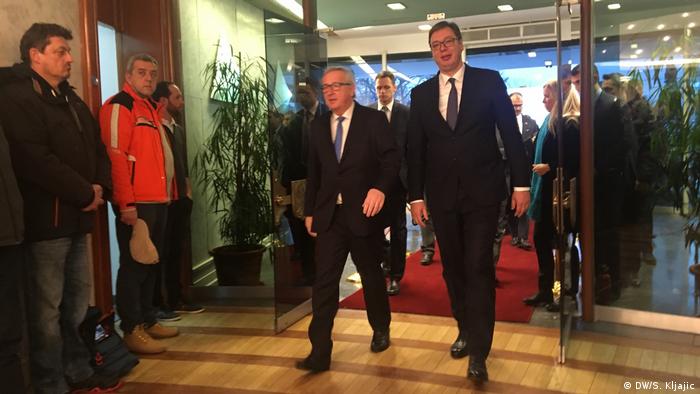 How do you plan to convince people in the EU that enlargement is a good idea?

Clearly, people in the EU are tired of enlargement. It's important to explain that the western Balkans are on our doorstep. It's not far away, but the historic distance is long. Not too long ago, the region saw a fierce war. If we take away the western Balkans' accession perspective, that could soon repeat itself. Not too many people remember, but not too long ago, there were many refugees, there was rape, murder, children dying and destruction — war right in the heart of Europe. I'd rather not see a repetition of that situation.

We old Europeans must know that this can be the source of a message of peace, a contribution to calming Europe. If we are not prepared to enable our partners in the Balkans to join the EU, the situation could once again become worse.

Do you feel people are really hearing your message?

The accession candidates don't have a choice but to listen to what the Commission tells them. We must draft recommendations; they must accept our message as a benchmark. I don't want people to get the impression that we are teaching them a lesson. These are states and nations that emerged from the difficult history in the 1990s — that is something we must take into account. At the same time, there can be no doubt that the EU is a community based on values. It's not about blowing kisses and handing out chocolates.

Jean-Claude Juncker is the former prime minister of Luxembourg. He has served as president of the European Commission since November 2014.