Bosnia - a safe haven for refugees?

Many refugees and migrants from Afghanistan, Pakistan or Syria have reached Bosnia and Herzegovina. Most dream of a better future, but the country's economic situation is difficult. Zdravko Ljubas reports from Sarajevo. 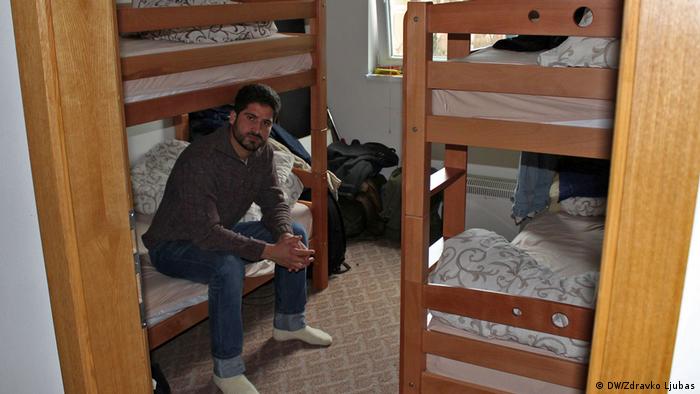 Nasib Khan, a 24-year-old Pakistani, worked for the World Health Organization (WHO) in his home country. When Taliban fighters from neighboring Afghanistan approached his town, his whole life changed.

"They did not want me to go to college and work with the Americans — as they referred to the WHO," Nasib told DW. The threats became more and more frequent. "One day, while I was on my way to town with my little brother and my friend, by bike, the Taliban opened fire on us. They killed my little brother and injured my friend," said Nasib. He believes the bullets were aimed at him.

Read more: Refugees in Serbia - stranded in a warehouse

His family left the country and he lost contact with them. His decision to leave as well was motivated by the mere will to survive.

A friend helped him escape to Iran, where he said he could not stay, because he claims Iranian authorities were hostile toward migrants. The young Pakistani passed through Turkey, Greece and Bulgaria before reaching Serbia.

Nasib originally planned to move on, to try to reach Western Europe, but the Croatian EU-border was impossible to pass. He heard about Bosnia and Herzegovina, so he decided to join a group of migrants from Syria, Pakistan and Afghanistan who were leading the way toward the small Balkan state, which they regarded as a Muslim country.

Nasib Khan currently lives in a house belonging to the Youth Organization Tempo in Sarajevo's northern suburb of Vogosca, as no other accommodation for asylum seekers was available. 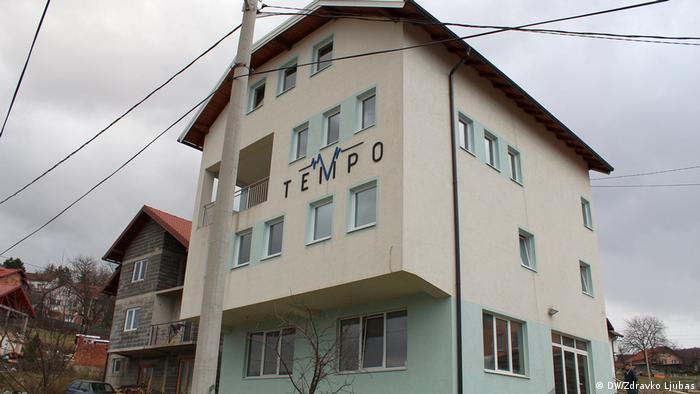 The number of migrants in Bosnia and Herzegovina has risen by more than 300 percent in the first nine months of this year, compared with the year before, according to the Security Ministry.

The Ministry of Security told DW that this body "constantly monitors migration movements in the region." Due to these coordinated activities, "Bosnia and Herzegovina is not part of the so-called Balkan Route toward Western Europe," the Ministry stated.

The number of asylum seekers is "huge" at the moment, according to Irma Muhovic from Bosnia's nongovernmental Legal Aid Network "Vasa prava" (Your Rights), which provides free legal assistance to asylum seekers in Bosnia and Herzegovina.

Inside Europe: Refugees from Balkan wars finally get homes

Inside Europe: Refugees from Balkan wars finally get homes

"I cannot discuss the precise numbers, but it is enough to say that some of the migrants had to be accommodated in the premises of Tempo, as the [main] asylum center was already full. Under our conditions, that is a huge number," she added, referring to the difficult economic situation in the small Balkan country.

There seems to be little resentment against migrants among the general population, but low living standards and a struggling economy make it difficult for Bosnia and Herzegovina to fully integrate refugees.

To Bosnia by boat

Salman Afridi is another Pakistani who has come to Bosnia recently. He told DW that he arrived with a group that entered Bosnia from Serbia by boat, paddling on the river Sava. "We then walked to the border crossing of Brcko, where we asked for asylum. The border police there wasn't able to help us, but told us to go to Sarajevo," Salman said.

Like Nasib, Salman decided to leave his homeland after Taliban fighters came to his village. He could not continue his education. The situation became increasingly dangerous amid the fights between the Taliban and the Pakistani Army. Salman hopes to reach France, because several members of his family live there and would be willing to help him. 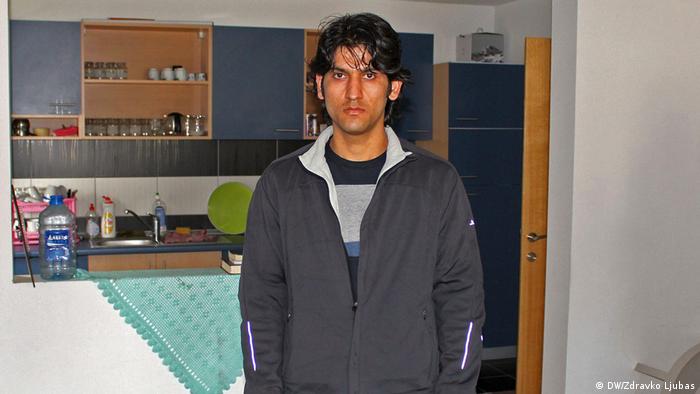 Dostmohammad Kahramon, an Afghan in the group of migrants who have reached Bosnia, does not want to travel to Western Europe. "I want to stay here in Bosnia. I have a good feeling here," he told DW. The young engineer, who talks about his profession with great passion, also left his home because of the Taliban.

The group of migrants who recently reached Bosnia didn't find a place to stay in the asylum center, and they were facing a cold winter. An imam let them spend the night in a mosque in Sarajevo and asked for help via social networks.

"When we found out about this case, we offered our assistance," Hasan Karisik, the president of the Tempo Youth Organization, told DW. Tempo's premises have a capacity of 10 beds, but at one point, 13 people were accommodated there, according to Karisik, but three Syrian migrants soon left for Italy and Sweden.

With the help of "Vasa Prava," Tempo also deals with the administrative and legal obligations of the asylum seekers. "We conduct all the necessary work to inform the institutions in charge with the movement of these people, since we are unable to check whether we deal with well-meaning or malicious people," said Karisik.

But the lack of funds is the organization's main problem. Helping the migrants "is a humane gesture," Karisik explained, "but it is a fact that our capacities are very limited. I do not believe we will be able to meet more requests of this kind."

Looking to the future: Strong women of the Greek refugee camps

They have fled from wars, persecution and sexual abuse - and have a strong will to move on. DW talked to women in several refugee centers in Greece about their hopes for the future and their adventurous journey. (27.12.2017)