Leipzig Zoo is in shock after a lioness ate two newborn cubs. Officials said the inexperienced mother was well fed, but added the cubs might have had development problems. An autopsy will not be possible. 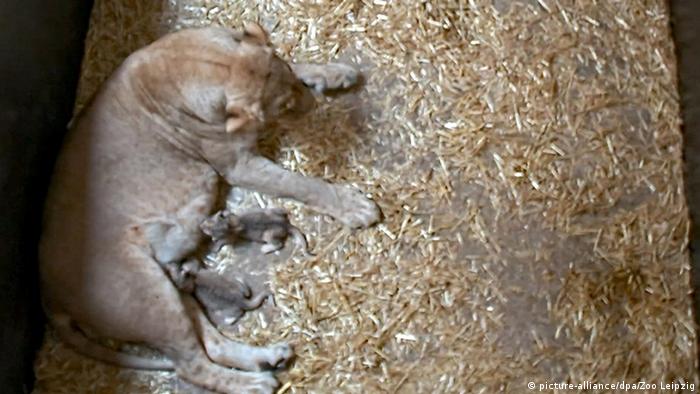 A lioness at Leipzig Zoo killed and ate her two newborn cubs. The zoo in eastern Germany said the lioness, called Kigali, had been caring well for the two cubs born on Friday before she suddenly ate them whole.

"The inexperienced lioness also took care of her cubs in the evening before suddenly completely eating the two cubs while grooming them," the Leipzig Zoo said Tuesday. "An autopsy and thus an examination of the cubs cannot take place because of this."

A zoo official said they were "shocked" by the infanticide and couldn't explain it.

Kigali was reportedly calm and had eaten regularly throughout the day before she ate the cubs.

One possible reason for the tragedy put forward by the zoo is that Kigali was an inexperienced mother or that the cubs had development problems.

Since its opening in 1844, the development of the Berlin Zoo has directly reflected the history of Germany. Here's how colonialism, the Nazi era and the Cold War left their mark on the institution. (01.08.2019)