Lebanon and Israel will hold talks over their disputed border, the Lebanese Parliament speaker has announced. The United States will act as a facilitator. 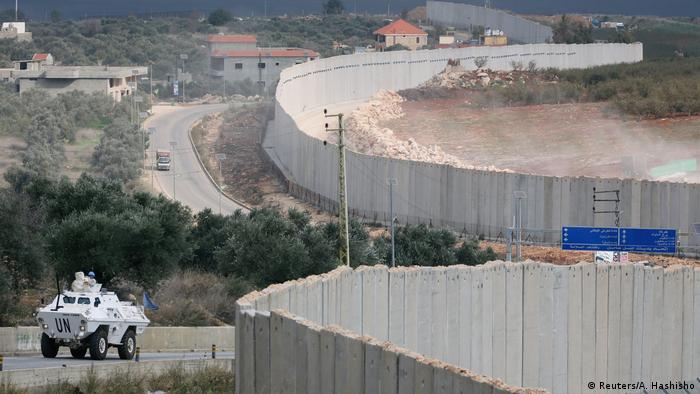 Lebanese Parliament Speaker Nabih Berri said Thursday that his country will hold UN-mediated talks with Israel over their disputed land and maritime borders.

The United States will act as a facilitator for the talks. Barri made the announcement after Washington sanctioned his top aide for corruption and financially enabling Hezbollah, the Iran-backed Shiite political party that has an armed wing and is labeled a terrorist organization by the US.

However, Berri said that the framework for the talks, which will be held at United Nations offices in the southern Lebanon border town of Nagoura, was already in place before the US imposed sanctions.

"This is a framework agreement and not a final one," Berri told reporters.

"The United States was asked by both sides, Israel and Lebanon, to act as a mediator and facilitator to draw up the maritime borders, and it is ready to do this," he said, reading from a September 22 copy of the framework agreement.

US Secretary of State Mike Pompeo welcomed the announcement, saying the talks "have the potential to yield greater stability, security, and prosperity for Lebanese and Israeli citizens alike."

Energy at the center of dispute

Israeli Energy Minister Yuval Steinitz confirmed the talks in a statement, saying they are expected to take place after the Jewish holiday of Sukkot, which ends on October 9. He said the goal of the talks is to end the border dispute "in order to help develop natural resources for the benefit of all peoples."

Berri said once an agreement was reached, it would be signed by Lebanon, Israel and the United Nations Interim Force in
Lebanon (UNIFIL), which patrols the disputed border.

"I have been calling on the UN to demarcate the sea border for the past 10 years," Berri said.

UNIFIL said in a statement that it "stands ready to extend to the parties all the support at its disposal and facilitate efforts towards a resolution of this issue."

Lebanon and Israel have contested their border for decades . The two countries have no formal diplomatic relations and remain in a state of war. The land area is the site of frequent tension between the Israeli military and Hezbollah.

The maritime border dispute is particularly sensitive due to the discovery of natural gas off the coast in the Mediterranean. Lebanon and Israel each claim about 860 square kilometers (330 square miles) of coastal waters as being within their own exclusive economic zones.

Lebanon signed a contract for offshore drilling in 2018 with an energy consortium that includes Total. Exploration has yet to begin part of that area, which Israel claims ownership over.

Lebanon is in the midst of its worst economic downturn since the end of the 1975-90 civil war. The crisis was exacerbated by the huge explosion in the port of Beirut in August that killed some 200 people.