A team of rescue workers in search for Beirut blast survivors has found no sign of life beneath the building that collapsed in last month's explosion. Rescuers would now focus on clearing the rubble and finding remains. 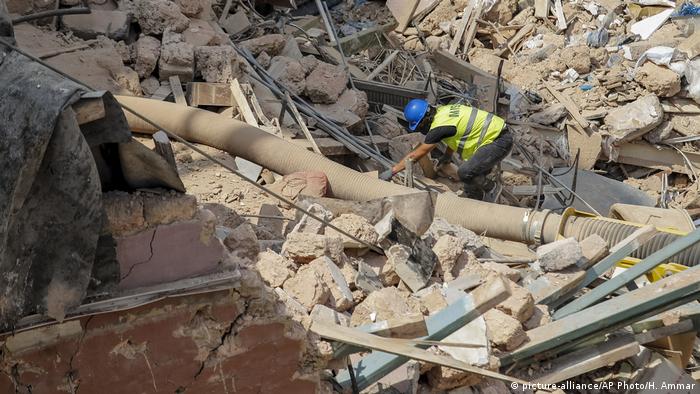 A Chilean rescue team in Beirut said on Saturday that there was no longer any sign of life underneath a building that collapsed in last month's explosion, ending a three-day search for missing survivors.

About 50 rescue workers and volunteers combed through most of the collapsed building in the city's heavily damaged Gemmayzeh neighborhood.

The search for survivors began after a sniffer dog deployed by the rescue team on Wednesday detected a scent beneath the collapsed building.

The next day, high-tech sensors confirmed an apparent pulse beneath the rubble, raising hopes of a miracle among the Lebanese.

"Sadly, today we can say that technically we have no sign of life inside the building," said Francesco Lermanda, head of the volunteer group Topos Chile.

"We have checked 95% of the building, and the only part that is missing is the sidewalk, which is also full of rubble," Lermanda said late Saturday. "There could be a dead body, but we haven't found it."

He said two rescuers went down a final tunnel to check the last air pocket where there could possibly be any survivors but found nobody there.

The sensors may have picked up breaths of fellow rescuers already inside the building, Lermanda said, adding that the efforts would now focus on clearing the rubble and finding remains.

The area where the search was being carried out was among the hardest hit by the blast and home to many old buildings that were crumbled by the shockwaves.

Rescue workers said the search had to go at a slow pace since the damaged building was at risk of complete collapse. "The building is really crumbling, it's scary and there's a lot of danger to the team," said Abou Moussa, head of operations at the Lebanese civil defence agency.

Beirut was struck by a devastating explosion that ripped through the city on August 4, killing some 190 people and injuring 6,000 others, making it the country's worst peacetime disaster. The country observed a minute's silence for the dead on Friday.

The blast was triggered by huge quantity of ammonium nitrate poorly stored in a warehouse at the city's port. 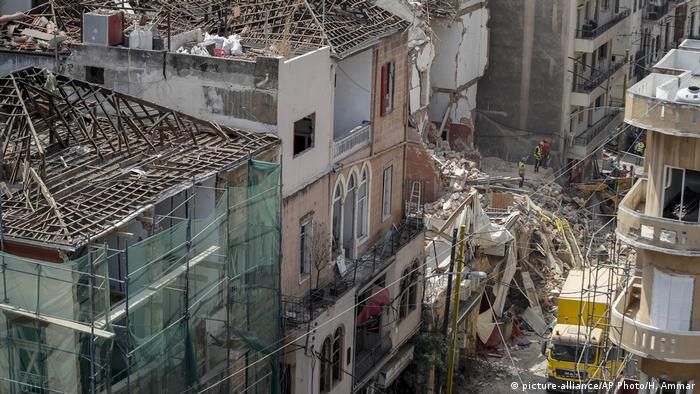 Lebanon is already facing its worst economic crisis in decades and is reeling under the coronavirus pandemic which has made matters worse.

Experts from Chile, France, and the United States have offered Lebanon help as the country lacks the tools and expertise to handle advanced search and rescue operations.

Opposition in Lebanon forms coalition against sectarianism after Beirut blast

Anger at Lebanon's political class has galvanized a coalition opposed to the sectarian system of government. Some pledges appear achievable, but toppling the establishment will likely prove beyond tough.

Lebanese leaders have thrown their weight behind Lebanon's ambassador to Germany to lead the country out of political instability and economic uncertainty. The announcement comes ahead of a visit by the French president.

Lebanon at 'risk of disappearing' without reforms, warns France

Lebanon could "disappear" without swifter action from its political elite, France's top diplomat has said. The European power hopes the need for recovery aid following the Beirut port blast will speed up reforms.