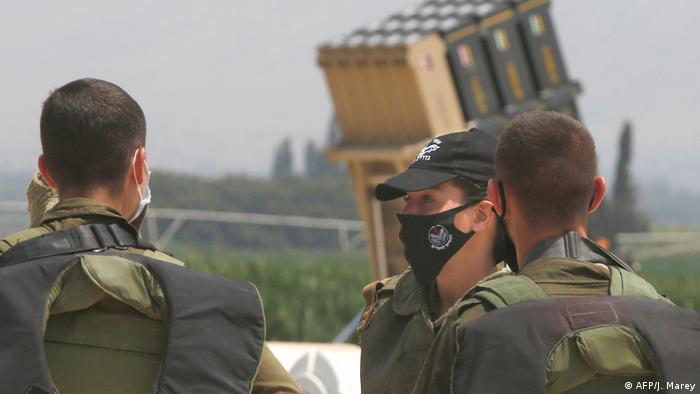 Israeli forces on Monday exchanged fire near the Lebanese border after Lebanese Shiite militant group Hezbollah attempted to carry out an operation on Israeli soil.

The Lebanese Shiite militant group Hezbollah had targeted Israeli military assets in the disputed Shebaa Farms territory, an area that formed part of Israel's annexation of the Golan Heights in 1981.

"No IDF casualties," Conricus said. "The event is still ongoing."

The IDF did not offer further details on the incident but urged Israeli citizens "to stay in their homes" and "to avoid any activity in open areas."

Hezbollah denied having engaged in any operation targeting the Israeli military. Instead, it said Israeli forces "took nervous action" because of their heightened state of alert.

Hezbollah leader Hassan Nasrallah said his militant group would still seek retaliation for the killing of one of its fighters in Syria — seen as the likely motivation for the alleged operation.

'Prepared for any scenario'

The Israeli Defense Ministry sent reinforcements to the northern border last week and placed its forces in the area on high alert after Hezbollah vowed retaliation for the killing of its fighter in Syria.

"Lebanon and Hezbollah will bear the responsibility for any attack against us emanating from Lebanese territory," said Netanyahu's office. "The IDF is prepared for any scenario."

The UN Interim Force in Lebanon (UNIFIL) peacekeeping mission urged "maximum restraint" after more than an hour of Israeli shelling.

Hezbollah accuses Germany of giving in to US, Israel with ban

The leader of Lebanon's Hezbollah movement has accused Germany of kowtowing to US and Israeli interests with its new ban on the shiite organization. He says Hezbollah hasn't been active in Europe in years.