Kremlin aims to unplug Russian internet from World Wide Web | Europe | News and current affairs from around the continent | DW | 12.02.2019

Russia's Duma has given its initial approval for a draft law that would create a domestic internet. The stated intent is to protect Russia from external threats. But critics worry that it would facilitate censorship. 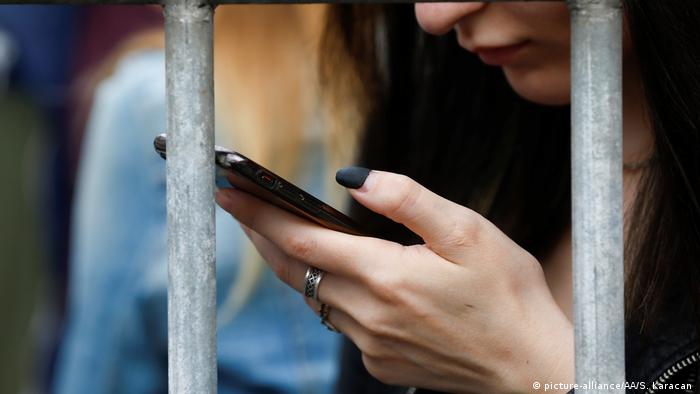 Authorities regularly present Russia, which faces international sanctions and hacking accusations, as a country under siege. Now Russia is looking into pulling up its virtual drawbridges. The national parliament has just passed the first reading of a law to create an independent infrastructure for Russia's internet. The initiative will have to pass two more readings.

The idea of creating a wholly Russian internet is backed by various ministries in charge of security and information. In Tuesday's debate in the Duma, however, some lawmakers expressed concern about the potential expense of the project. Critics have also argued that it would worsen internet service in Russia.

The law's text does not make it clear how unplugging Russia from the global internet would work in practice. The plan could mean that Russian telecom firms would have to provide internet exchange points that can be controlled by the national telecom watchdog, Roskomnadzor. That way the communications regulator could block content and keep traffic between Russian users inside the country, where it cannot be intercepted by international actors.

According to an explanatory note, the project would allow the domestic internet to continue working even when disconnected from non-Russian root servers. That means that the country would be prepared should other countries attempt to cut Russia off from the internet. And the law's authors have been specific about who it aims to counter: They classify the bill as a response to "the aggressive character of the US strategy on national cybersecurity passed in September 2018." The US document explicitly calls Russia out for "reckless cyberattacks" and categorizes the country as one of its "strategic adversaries." 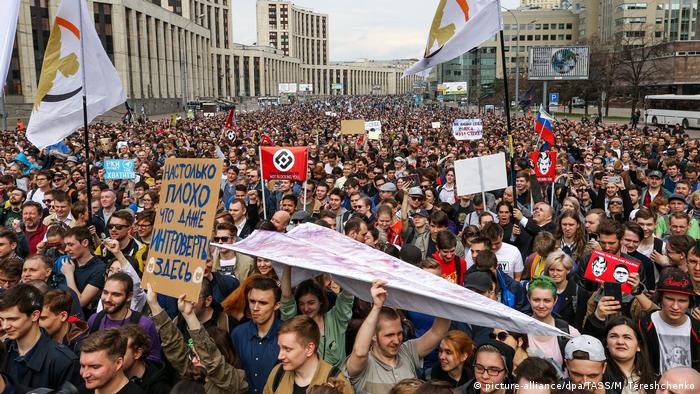 Russia's increasing restrictions on the internet have caused huge protests

Rights groups have warned that the new measures could ultimately be directed at domestic opponents. After all, Roskomnadzor, which could come to control all internet traffic within Russia under the new law, has become known in recent years for cracking down on Kremlin critics.

The idea of increasing the government's control over the internet is part of a national policy trend. In 2017, officials said they wanted 95 percent of internet traffic to be routed locally by 2020. Since 2016, a law has required social networks to store data about Russian users on servers within the country. The law was officially presented as an anti-terrorism measure — but many criticized it as an attempt to control online platforms that can be used to organize anti-Kremlin demonstrations.

Earlier this month, a report by the human rights group Agora called the effort to unplug Russia from the World Wide Web a "serious threat to internet freedom." Agora sees it as part of a larger government strategy of putting pressure on large companies such as Google, Facebook and Twitter to force them into working with the state if they want access to Russia's online market. In the first half of 2018, for example, 75 percent of governmental requests for Google to delete information came from Russia. 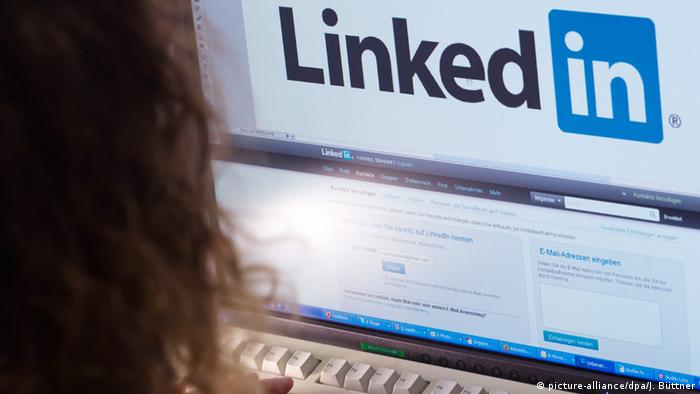 The law has drawn comparisons to the Great Firewall internet restrictions in China, which blocks certain keywords and blacklists sites such as Facebook.

But, following the parliament's vote today, Duma Speaker Vyacheslav Volodin emphasized that the goal of the law is "not to close or shut off [the internet] but to ensure internet security."

Leonid Levin, who heads the Duma's committee on information policy, called the comparisons to China "incorrect" here. He said the new draft law would simply determine a technical framework for blocking illegal information. Levin said it would not bring "any additional restrictions on freedom of speech or freedom or information."

Negotiations on the draft law continue. A working group on information security has recommended a test run. The group has called for experimentally unplugging Russia from the global internet before April 1.